Corals use sound to "talk" to each other, new research says 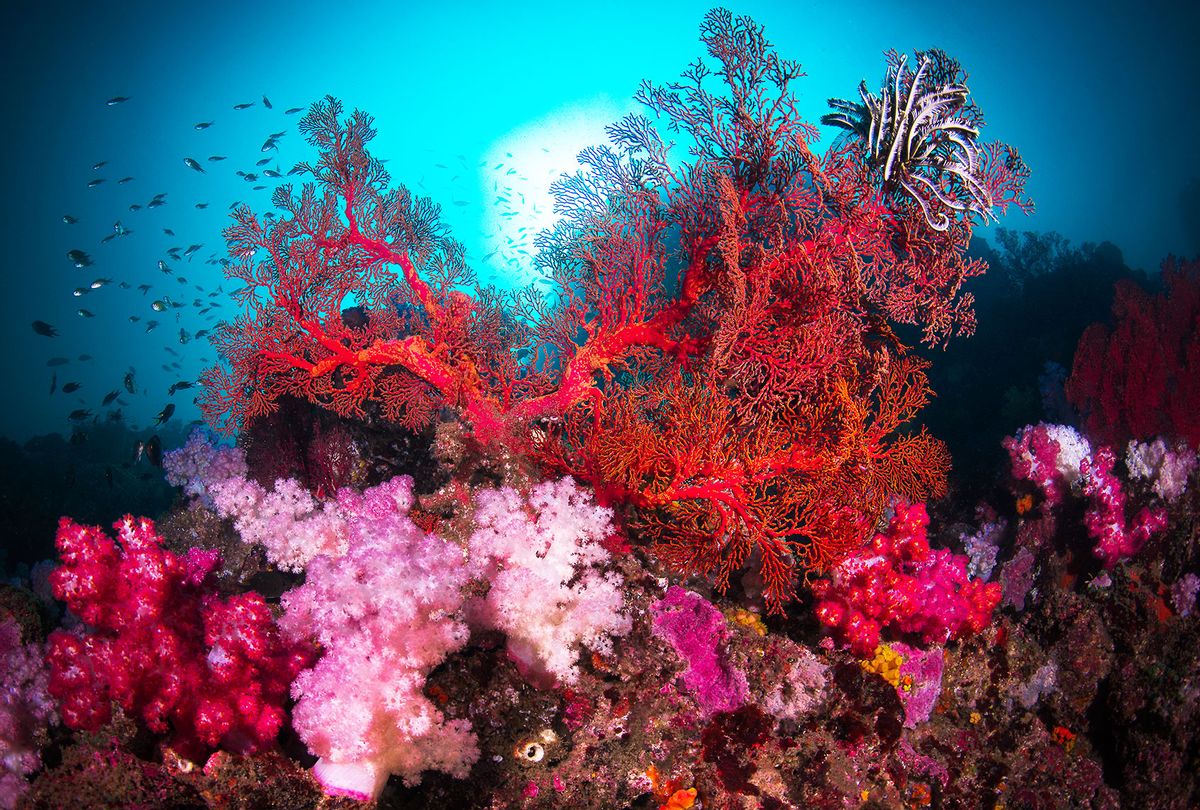 A colorful scene of gorgonian giant sea fan and soft corals on a rock in a coral reefs (Getty Images/Credit: Sirachai Arunrugstichai)
--

To the human eye, corals appear as colorful shrubs on the ocean floor that one might be tempted to pluck and put on a mantle. Yet these dazzling creatures are, well, creatures — not inanimate plants. Rather, they are marine invertebrates who play an integral role in the world's ocean ecosystem, and support 25 percent of all ocean life, despite making up 1 percent of the ocean floor.

As the world's corals face mass extinction due to ocean acidification and climate change, scientists face a race against time to better understand these mysterious invertebrates. Now, according to new findings presented by the American Society for Biochemistry and Molecular Biology, it turns out that coral, despite their inert appearance, may actually be able to communicate with sound.

"A growing number of studies have shown that trees can communicate, and that this communication is important for ecosystems such as rain forests," said Camila Rimoldi Ibanez, a student researcher at South Florida State College, in a press release about the research. "Coral reefs are often referred to as the rainforests of the sea because of the habitat they provide for a wide variety of plants and animals. Thus, we wanted to find out how coral communicates."

Researchers looked for the presence of genes related to emission or reception of sound in the coral using a process called polymerase chain reaction (PCR) amplification. This process enlarges a segment of DNA, making said strand grow so big that scientists can easily study it in greater detail.

During this process, the researchers noted the presence of genes in the coral that are related to hearing and producing sound in sea anemones and freshwater polyps.

"As we learn more about the negative impacts of sound in different kinds of ecosystems, it is vital that we set policies to protect and manage human noises in natural environments," said Ibanez. "The more we know about how corals communicate, the better we can develop restoration and conservation projects to help corals as they face bleaching epidemics and other threats."

A scientific understanding of coral will help environmentalists and policymakers better equipped with effective ways to protect it.  Across the world, various coral colonies are at risk of extinction. According to the World Wildlife Fund, half of the world's coral reefs are already gone. Famously, the coral-rich Great Barrier Reef suffered a mass bleaching in 2016.

While there is much to learn about how corals receive and emit sound, scientists know that they already have other ways to communicate. For example, when corals are stressed, they expel the symbiotic algae living in their tissues, which causes them to turn white. This is known as coral bleaching, which many falsely believe to mean that the coral is dead, though that is not always the case. Occasionally, scientists have observed coral reefs that were bleached come back to life.