Guitar virtuoso Pat Metheny steps away from improv on tightly plotted, inventive "Road to the Sun" 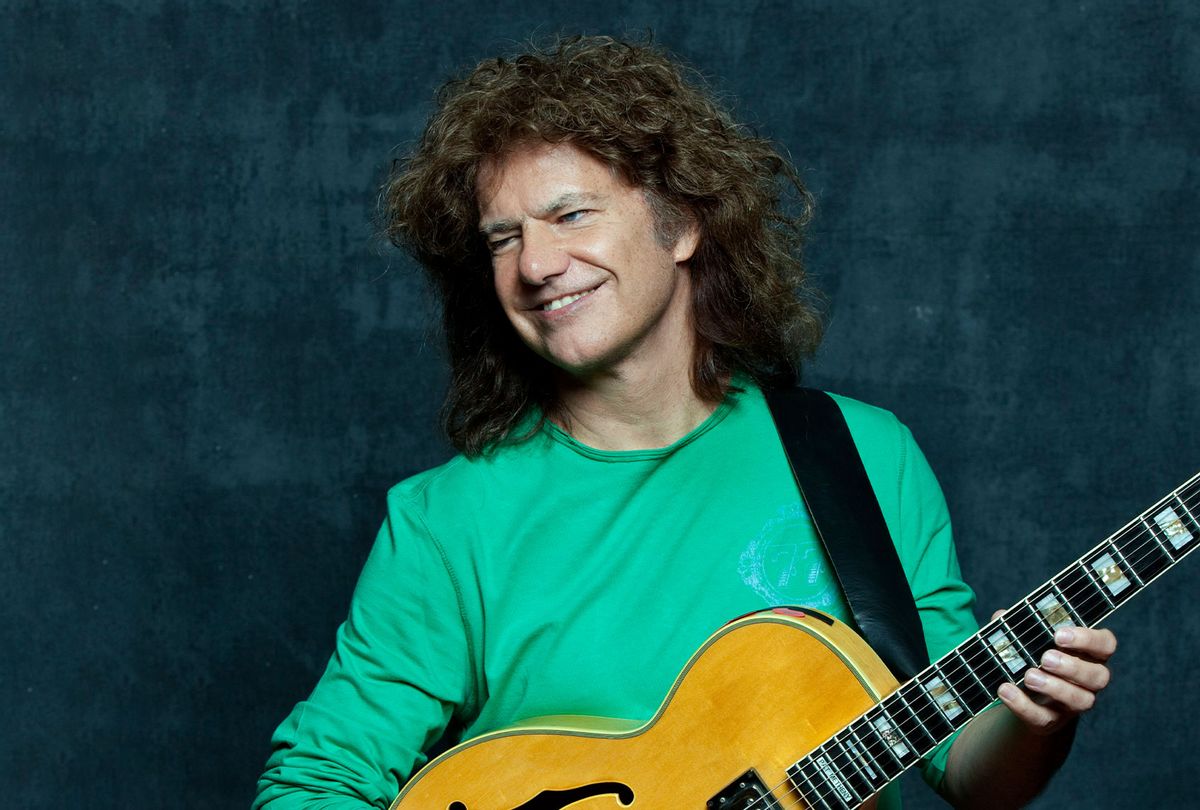 With his latest album "Road to the Sun," guitar virtuoso Pat Metheny offers the latest chapter in an already illustrious career. With a continuity of material dating back to the mid-1970s, Metheny has compiled an unparalleled discography marked by invention, collaboration and improvisation of the highest musical order.

In keeping with his penchant for not only embracing, but seeking out change, "Road to the Sun" finds Metheny blazing new trails, even as he glances backwards at a truly remarkable career. In our recent conversation, he explained, with a sense of well-earned pride, the notion of musical profundity that typifies his work across the decades. In terms of continuity, he sees his musical progress as having "distinctly different chapters that have an ongoing collection of characters brought to life by the incredible lineup of great musicians that I've been able to work with over all these years."

Never one to rest on his laurels, Metheny's new album exists in dramatic contrast with his earlier work, where he often acted as bandleader. With the jazz-oriented Pat Metheny Group, for instance, he would often introduce material expressly designed to inspire improvisation. For "Road to the Sun," Metheny has jettisoned this approach entirely, pointing out that the "musical destination" — as opposed to improv — "is entirely described on the page. There's no improvising at all."

With "Road to the Sun," Metheny has adopted a starkly different mindset, having composed the album expressly for performance — most notably, by American guitarist Jason Vieaux and other virtuosic players. "These guys are these astonishing advanced musicians who are dealing with music in a way that requires written material exclusively," says Metheny. "They're not improvising musicians."

Working with Metheny's compositions, Vieaux doesn't disappoint. "Road to the Sun" is a carefully plotted and highly inventive musical journey. Take the first movement of "Four Paths of Light," for instance, a challenging guitar work with a lively and enchanting forward momentum. Or the intricate fourth movement that closes the suite with a dramatic and highly intricate flourish.

In a similar vein, Metheny composed the title suite for performance by the Los Angeles Quartet. Across six movements, "Road to the Sun" draws to a breathtaking tenderhearted conclusion, highlighting the classical guitar at its finest. In so doing, Metheny has added an impressive body of non-improvisational work to his career. For the composer, the project has afforded him with "a different kind of satisfaction of knowing that these two pieces, 100 years from now, will be able to be gleaned by musicians from the notes that are on the page, as opposed to the fairly evolved kind of improvisational skills" that were demanded by his previous work.

But "Road to the Sun" doesn't quite end there. Metheny's most ardent fans will delight in the final cut. Originally composed for piano by Estonian composer Arvo Pärt during the 1970s, "Für Alina" is a work of extreme complexity. For his arrangement, Metheny performs the composition on his custom-designed 42-string guitar. Working with the instrument's capacity for unusual sustained notes and overtones, Metheny concludes the album with an extraordinary musical adventure chock-full of mystery and drama at nearly every turn.

Listen to for "Für Alina," arranged and performed by Pat Metheny: