Cicadas like to be on time. But are they getting confused by climate change?

Brood X cicadas can be tricked by warming temperatures 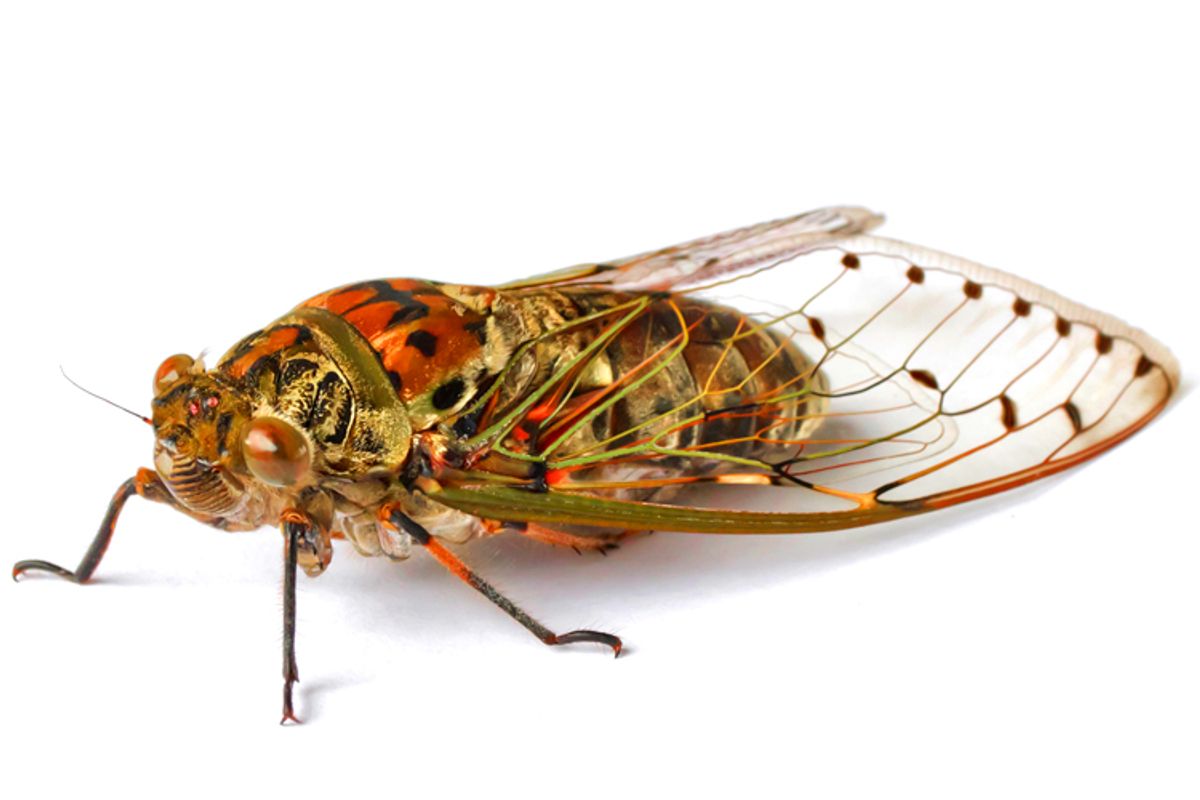 America's favorite teenagers are back. Brood X, a group of 17-year "magicicadas" (yes, that's short for "magic cicadas") have started to emerge from the soil all over the Eastern U.S., marking the beginning of a cicada season that will eventually see billions of the bugs molting, screeching for mates, and — after just a few weeks — dying, leaving their carcasses strewn across lawns and roofs from New Jersey to Illinois.

It's a once-every-two-decades bonanza that serves as a sometimes unwelcome reminder of the passage of time. "Periodical cicadas are the 'bugs of history,'" said Gene Kritsky, a professor of biology at Mount St. Joseph University in Cincinnati. He would know: Kritsky is a kind of entomologist-historian, writing books and articles with such tantalizing titles as The Tears of Re: Beekeeping in Ancient Egypt or "The Insects and Arthropods of the Bible."

Cicadas' regular schedules, Kritsky explains, are part of their charm. If you gave birth to a child during the last emergence of Brood X, he or she is now a teenager. Whatever else is happening in the world: a pandemic, a war, a presidential election — the cicadas will come every 17 (or, for some broods, every 13) years.

But some researchers believe that, as the world warms, those reliable schedules may be starting to shift. Cicadas are reliant on internal clocks: They spend their entire lives — up until those last few orgiastic weeks — underground, sipping nutrients from roots and counting the years until they can scuttle out of their tiny lairs. In year 17, when the ground is around 64 degrees Fahrenheit and soft from recent rain, these nymphs start to wriggle their fleshy, segmented bodies out of dime-sized holes in the ground.

Over the past several decades though, periodical cicadas have seemed to pop up earlier and earlier. Kritsky, who has combed through newspapers and diaries recording cicada emergence over the past century, says that before 1950, cicadas most often started their emergence between May 20 and 28; now they're coming out in the month's first couple of weeks. A preliminary analysis from Climate Central, a research and communications nonprofit, estimates that in April and May the areas of the U.S. frequented by Brood X are 8 degrees Fahrenheit hotter than they were in 1970 — and 1.1 degrees F hotter than they were when the bugs last emerged in 2004. That's more than enough to send them scurrying out of the soil ahead of time.

As temperatures warm, cicadas may also be getting their tiny antennae crossed, miscounting the years entirely. In 2017, a group of Brood X cicadas were sighted wriggling out of the ground four years early all across the Eastern U.S., joining a whole host of broods that seem to have mis-set their internal clocks. "Broods II, III, V, X, XIII, XIV, and XIX have all spun out accelerated populations four years early," Kritsky said. "Those broods are over more than 20 states in the Eastern U.S. — and what's the common factor that could trigger that? Increasing temperatures."

Kritsky believes it could be because cicadas use fluid in trees to mark time. Under unusually warm temperatures, trees might bud and leaf early in a "false spring," then bud and leaf again a few months later — tricking cicadas into thinking that more time has passed.

But the connection is far from proven. "It's hypothetical at this point," said John Cooley, a cicada researcher at the University of Connecticut. In the era of internet crowdsourcing — enthusiastic bug hunters can download an app called "Cicada Safari" to document the molting masses — he warns that both early cicada emergence and the accelerated populations could simply be a result of more reporting.

And that "only-emerging-every-13-to-17-years" thing also makes it hard to amass good data. "If you wanted a species to document climate change effects, periodical cicadas might not be your first choice," said Louie Yang, a professor of entomology at the University of California, Davis. "The generation time is so outrageously long."

Still, cicadas may provide other ways of thinking about the rapidly warming planet. The last time Brood X emerged, in May 2004, the concentration of carbon dioxide in the atmosphere was 381 parts per million. Today, it's around 420 parts per million and climbing. In 2038, when the children of this year's cicadas first poke their heads out of the ground, will they be entering a world irrevocably changed by wildfire, heat waves, and spiking sea levels? Or one that is on its way back to some form of normal?

"Seventeen years is a pretty good unit," Yang told me. Humans, he said, are famously bad at thinking about very big things (see climate change) or things that occur over a very long time period (see also: climate change). "We're good at medium-sized objects and medium-sized time," he explained. That makes cicadas, with their patient underground waiting and their sudden, chittering emergence, an excellent tool — a kind of yardstick that can be used to measure the future or the past.

"In the time of two or three cicada generations, our lives are quite different — and the planet is likely to be quite different," Yang said. "It makes you think: Are we having the kind of positive impact that we want to have by the time this next cicada brood comes out of the ground?"