The COVID-19 vaccines will soon be available for children. Why did it take so long?

Why did kids have to wait longer to get vaccinated? The answer relates to immunology and careful regulation 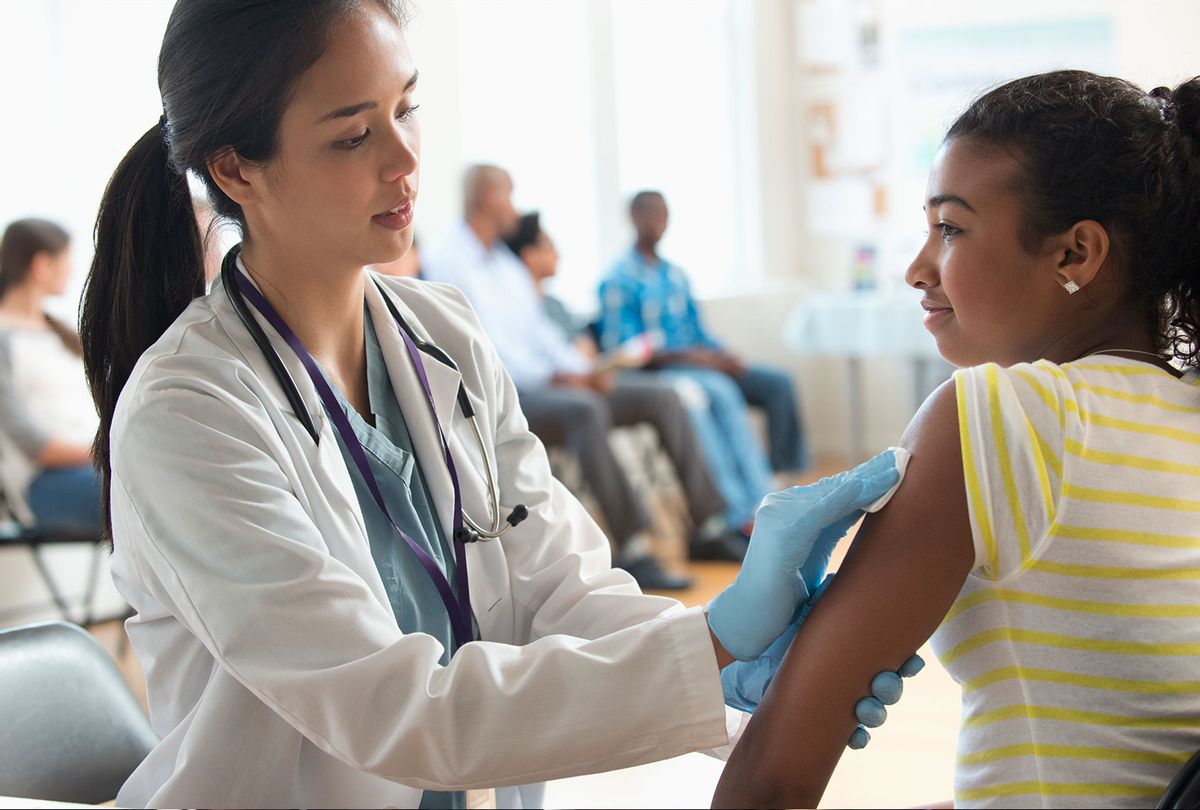 On Monday, the Food and Drug Administration (FDA) authorized use of the Pfizer-BioNTech COVID-19 vaccine for children between 12  and 15 years of age in the United States.

The authorization is a critical step in the path to end the pandemic. Yet the lengthy path to regulatory authorization for vaccinating children rankled and mystified parents who were hoping for a return to normalcy as summer approached.

Yet, as experts attest, there were legitimate clinical reasons for the delay in authorizing the vaccine for the younger set.

For one, children have a slightly different immune system than adults — something that may be apparent in their apparent resistance to severe COVID-19 symptoms compared to the rest of the population.

"Children have different, less experienced immune systems and they also are different sizes compared to adults," said Dean Blumberg, associate professor of pediatrics at the University of California–Davis.  Blumberg said that because "adults generally have more severe disease than children," vaccine-makers prioritized development of the vaccine for adults.

The FDA's authorization is one of the final hurdles before kids within the 'tween range can get vaccinated. The Centers for Disease Control and Prevention (CDC) is expected to OK emergency use of the vaccine before Thursday, as mass vaccination sites across the country — including in Chicago and Seattle — are already allowing parents to book appointments for their children. President Joe Biden said 20,000 pharmacies are ready to administer the vaccine to adolescents as soon as the CDC OKs it as well.

Children between the ages of 12 and 15 will receive the same Pfizer dose that adults have been administered. According to clinical trial results that were released in late March, the vaccine had 100 percent efficacy and "robust antibody responses." Of the 2,260 enrolled children between the ages of 12 to 15, 18 cases of COVID-19 were observed in the placebo group. Blumberg called the clinical trial results "very promising."

It is possible that real-world studies will lower the vaccine efficacy, as no vaccine is 100 percent effective. In the clinical trials, the Pfizer vaccine also had very few side effects among trial participants that were 16 to 25 years old, meaning it is very safe. There were a few more reported fevers in children than adults: 20 percent in adolescents compared to 17 percent in the adult age group.

Children can expect "sore arms, redness at the injection site, fever, headache for a day or two, maybe some tiredness," Blumberg said, noting that the side effects diminish after a day or two.

The goal of the previous clinical trials was to find a balance between the correct age and dosage of the vaccine in which a strong immune response is triggered without too many side effects. Children have not been exposed to as much bacteria and disease as adults, and hence have different immune systems; this is why vaccine trials for children happen in tiered age groups.

Thus, vaccine makers only started clinical trials on children after the authorizations for adults were in place. Dosing children is also a vital point of study for immunologists, as children's bodies may react differently.

Younger children's "immune systems are less mature," Blumberg said. "Their weight is dramatically different than adults — you may need to see dose adjustments of the vaccine," he added.

"And I could see that going either way, they may need an increased dose — as we see with other vaccines, for example with whooping cough, sometimes there's an increased dose for younger children compared to adults, or sometimes you need to reduce those just because the children are smaller on a weight basis," Blumberg said.

Influenza vaccines are an example of a vaccine that is given at a lower dose for young children, compared to older children and adults.

Blumberg warned hesitant parents that while children are less likely to have a severe disease with COVID-19, there have been thousands that have been hospitalized due to the coronavirus and hundreds have died.

"It's understandable that people would be hesitant early on when the vaccines were developed since they were developed with unprecedented rapidity, and they are new technology too," he said. "But as of today more than 260 million doses have been administered in the U.S., so I would no longer consider these new vaccines anymore — we've got a lot of experience with these vaccines and they have been found to be safe and effective.

Blumberg added: "There's absolutely no question that the benefits of vaccination outweigh any other risks."

Indeed, as summer approaches, many families feel vaccinating their children will bring a sense of relief. Currently, not all schools in the U.S. have reopened; an estimated four in 10 children are still doing remote learning to stop the spread of the virus.

Editor's note: This headline was updated on May 12 at 9:02pm PT to better reflect the semantic nuances of the FDA's regulatory language.