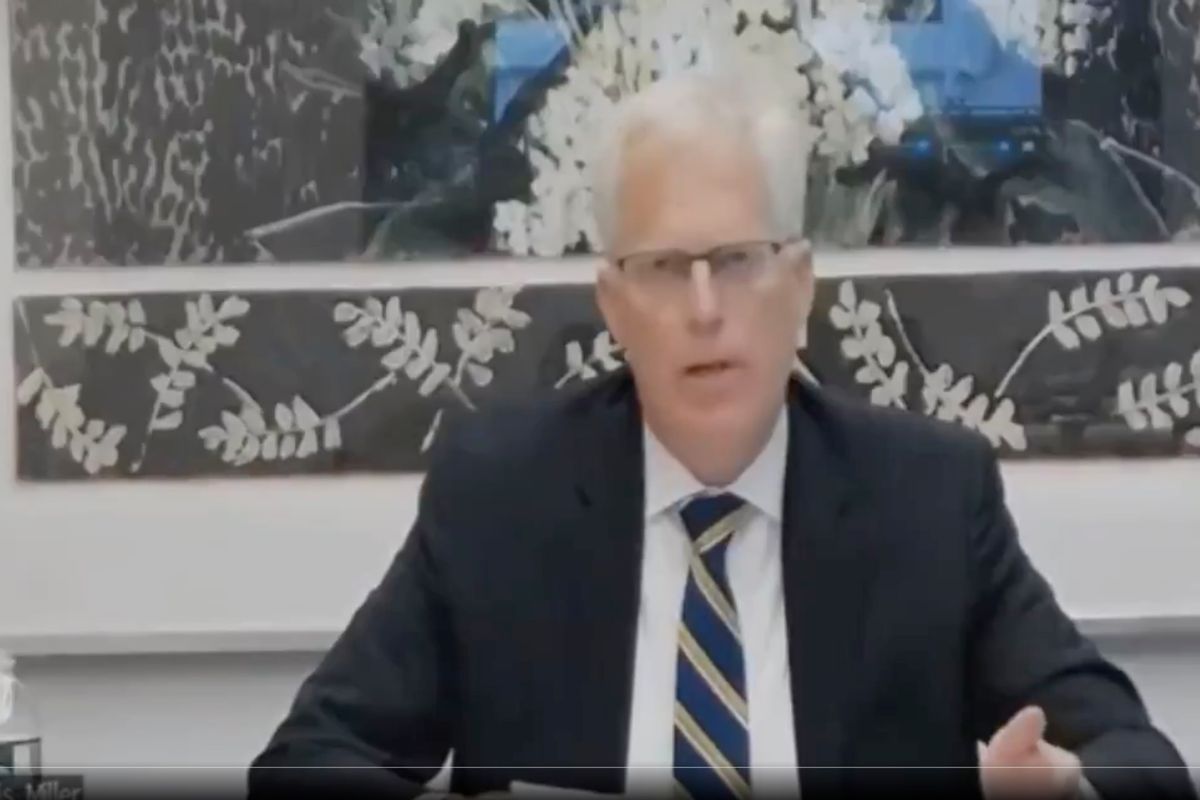 The acting Secretary of Defense under former President Donald Trump, Christopher C. Miller, appeared to walk back his prior stance on Trump's responsibility for the Capitol riot during a Congressional hearing Wednesday, claiming that he had in fact "reassessed" his position.

In Miller's written statement, which was previewed on Tuesday in the Washington Post, he said: "I stand by my prior observation that I personally believe his comments encouraged the protestors that day."

Miller first voiced this opinion during a March interview with VICE News, asking, "Would anybody have marched on the Capitol, and tried to overrun the Capitol, without the president's speech? I think it's pretty much definitive that wouldn't have happened." The former acting defense secretary went so far as to describe Trump's speech and the riot as "cause-and-effect."

But during his testimony Miller appeared far more lukewarm, claiming that he now felt differently after reading statements from D.C. Police Chief Robert Contee and receiving more information related to ongoing investigations into the riot.

When Rep. Stephen Lynch, D-Mass., pressed Miller on whether he stood by his initial remarks, Miller said that Trump's role "is not the unitary factor at all," adding that "it seems clear there was an organized conspiracy with assault elements in place." Lynch then accused Miller of contradicting his prior remarks, which laid the blame at Trump's feet. Miller fumed at Lynch, calling his accusation "ridiculous."

Miller also made a point of distinguishing between those who marched on the Capitol and those who violently made their way inside. "There's a difference between marching on the Capitol and assaulting the Capitol," Miller explained. "That's the delineation I'm trying to make, despite the partisan attack that I just was subjected to."

The former Trump official, however, did not delineate between the two groups during his previous interview with VICE News, and spoke of the two groups interchangeably, as The Washington Post noted in its analysis.

A number of the participants themselves have admitted the former president's rhetoric was a major factor in their decision to storm the Capitol — several of those charged in connection with the insurrection even told authorities directly that they felt emboldened by Trump's comments to invade the Capitol, according to a report in The Daily Beast.

Critics were also quick to point out that the idea new information about the extent of an "organized conspiracy" swayed Miller to let Trump off the hook is strange, given that evidence of planning and coordination existed as early as February — well before his interview with VICE News. For instance, the New York Times reported back in February that members of the Proud Boys, a far-right extremist group, executed "a measure of planning" that went "into disrupting the certification of the presidential vote." Several members of the Oathkeepers, another far-right group, were charged with conspiracy in connection to the Capitol riot as well.

Watch the video of Miller testifying below via Twitter: