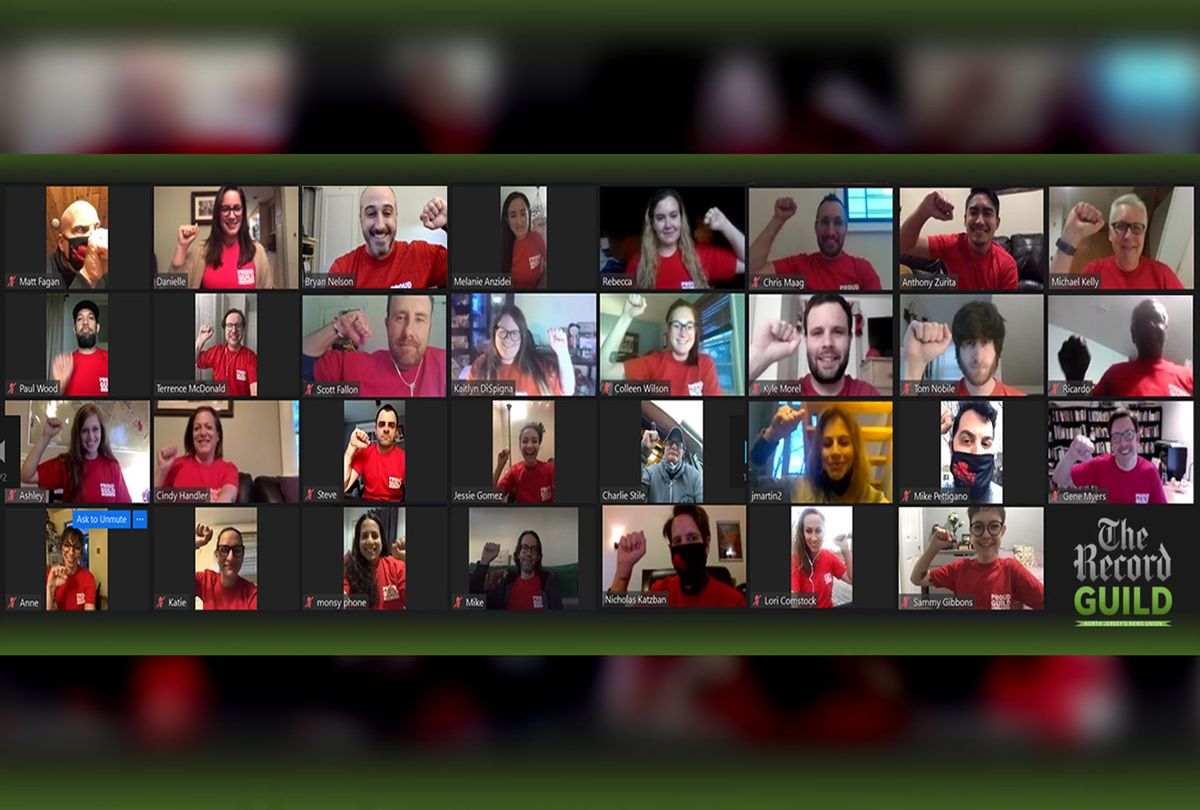 At their core, our nation's tragically fractured response to COVID and the insurrection of Jan. 6 are killer weeds sprung from the same root stock — mass ignorance which has gotten traction as the authentic local news business died, only partially replaced by unverified social media posts.

For decades now, America's local newspapers, radio and TV stations have been gobbled up by a handful of giant corporations whose only allegiance is to their overpaid corporate officers and stockholders from nowhere in particular.

This week we got word that by a vote of 59-4, local community-based journalists who work for Gannett's newspapers in northern New Jersey — the Record, the Herald News and the Daily Record — have voted to form a union under the NewsGuild-CWA banner.

Gannett is a massive corporation that owns one in five of America's newspapers, and has reputation of gutting the staffs of the local newspapers it absorbs. This drill of gutting community newspapers has become a pro forma squeeze play by Wall Street and hedge fund pirates.

In their mission statement kicking off their successful union drive, the New Jersey journalists wrote that since 2016, they had seen "more than half of our colleagues lose their jobs, with cuts of over 250 people at The Record, the Daily Record and the NJ Herald."

The pro-union journalists described how Gannett "unceremoniously laid off include a reporter nearly nine months pregnant and a 30-year-veteran reporter who was forced to take a buyout after missing a single email to opt out of the process."

"By forming a union, we are taking a stand for respect and dignity, and greater protections against unjust terminations and reductions in force," the union mission statement said. "We are uniting with NewsGuild members around the country in a movement to save local news and ensure a seat at the table when decisions are made that affect our paper and the news coverage we provide. There is no journalism without journalists."

Thanks to bipartisan greed for campaign cash and the Beltway revolving door syndrome, Congress and presidents of both parties have blocked and tackled for these corporate interests through deregulation and tax policy.

As a result of draconian cost-cutting in both print and broadcast news outlets, the Pew Research Center reports that from 2008 to 2019 the nation's local newsroom staffs were cut in half.

Where once there were local reporters covering local town halls and doing the shoe-leather work of visiting local police stations to check out the blotter each day, we too often just have local authorities using Facebook or Twitter to get out their versions of events.

Should it be left entirely to ordinary citizens like 17-year-old Darnella Frazier in Minneapolis, who stood her ground and captured the daylight murder of George Floyd, to hold local law enforcement accountable?

According to the Center for Information, Technology and Public Life at the University of North Carolina, the result of this "extinction level" threat for local newspapers is that "more than one-fourth of the country's newspapers have disappeared, leaving residents in thousands of communities living in vast news deserts."

As a result, according to CITAP's analysis, 200 counties in the U.S. do not have a local newspaper, "nearly 50% of counties only have one newspaper, usually a weekly, and more than 6% of counties have no dedicated news coverage at all." While digital startups can be valuable in themselves, they are typically "focused on population-dense communities rather than the rural areas most often abandoned by local newspapers."

There are civic and civil defense consequences, as we saw when thousands of violent protesters — fueled by unvetted but profitable conspiracy theories — nearly upended the peaceful transition of power for the first time in our nation's history.

"Local news outlets play an important role in informing community members about local government, elections, and other civic events," CITAP concludes. "They also help to shape community views around common values and beliefs, creating a sense of shared purpose that can be a powerful uniting force within a town or county. Without a source for local news, community members get most of their news from social media, leaving them vulnerable to mis- and disinformation and exacerbating political polarization.

What fills in that "vacuum left by the disappearance of local news sources," all too often, is "information sources that are incomplete" and "may be misleading or deceptive."

The Gannett vote to unionize comes less than a month after journalists at the New York Daily News voted 55-3 to join the NewsGuild of New York.

The news was reported in New York City's "hometown" newspaper in a story around the size of a birth announcement. But the fledging union got its two cents in. "Our newsroom overwhelmingly voted to form this union after more than a year of organizing," the new union stated.

In a poignant May 5 op-ed entitled "Please buy this newspaper: A Daily News reporter begs a local owner to rescue the tabloid from Alden Global Capital" veteran reporter Larry McShane recounted how Tribune executives had "fired half the newsroom on a single morning in 2018."

"Tribune now plans to peddle the paper to Alden Global Capital, the notorious hedge fund known for decimating newspapers like the Denver Post before picking the bones for profit," writes McShane, who is rooting for Baltimore hotel magnate Stewart Bainum to bring together "fellow deep pocketed investors" who can beat Alden's $630 million offer by a May 21 deadline.

Local journalism remains embattled. But the workers hope to save it.