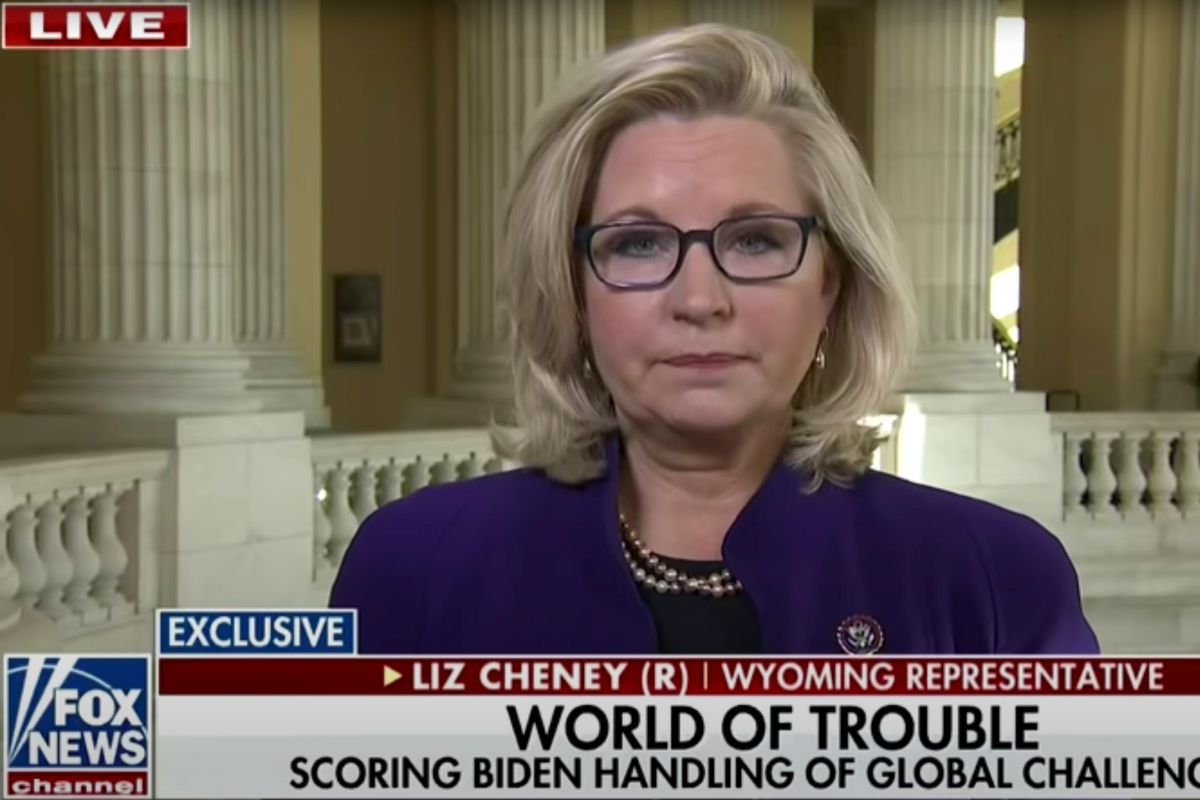 In an interview with Fox News' Bret Baier on Thursday, Rep. Liz Cheney (R-WY),fresh off her removal from GOP House leadership for her criticism of former President Donald Trump, doubled down on her opposition to "big lie" conspiracy theories about the outcome of the 2020 presidential election — and told Baier that his own network had a responsibility to correct the record.

"Especially Fox News has a particular obligation to say that the election wasn't stolen," said Cheney.

Cheney was one of ten House Republicans who voted to impeach Trump for incitement to insurrection. She survived an initial challenge to her leadership, but after continuing to vocally oppose the former president's attacks on democracy, was removed as House Republican Conference chair. Rep. Elise Stefanik (R-NY) is the frontrunner to take her place.

Watch below via Fox News: