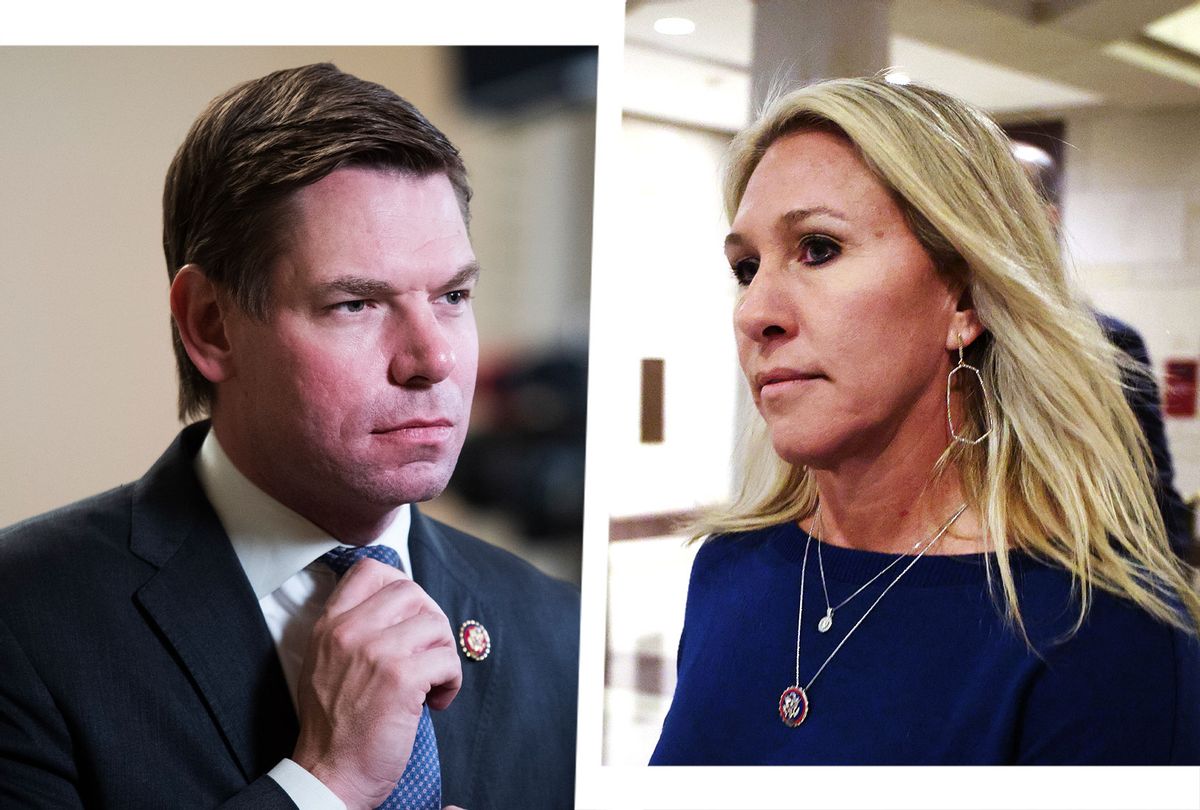 As The Hill's Scott Wong first reported, Greene spokesperson Nick Dyer got into a "verbal altercation" on Friday morning with Swalwell over the Centers for Disease Control's new health guidelines, which no longer recommend indoor mask-wearing for vaccinated individuals.

"Biden says you can take off your mask," Dyer quipped to the Bay Area law maker.

"You don't tell me what to f**king do," the Congressman shot back.

Swalwell later confirmed that he did in fact cuss the aide out.

"I had a mask on as I stepped off the Floor," the representative tweeted. "An aide with @mtgreenee yelled at me to take my mask off. No one should be bullied for wearing a mask. So I told the bully what I thought of his order. Predictably, he went speechless. I regret I wasn't more explicit."

Of course, Greene refused to let Swalwell get the last word, claiming on Twitter that "he chased my staffer into the [sic] Captiol, cornered him and exploded in anger inches from his face."

The tiff comes just as House Speaker Pelosi announced on Friday that the House would not be lifting its mask mandate despite the change in CDC guidelines.

On Friday, more than 30 House Republicans wrote a letter to Pelosi demanding that she "immediately return to normal voting procedures and end mandatory mask requirements in the House of Representatives." It was reported back in March that about a quarter of the House has not yet been vaccinated.