According to one Stefanik critic: "We are heading into some bad territory" 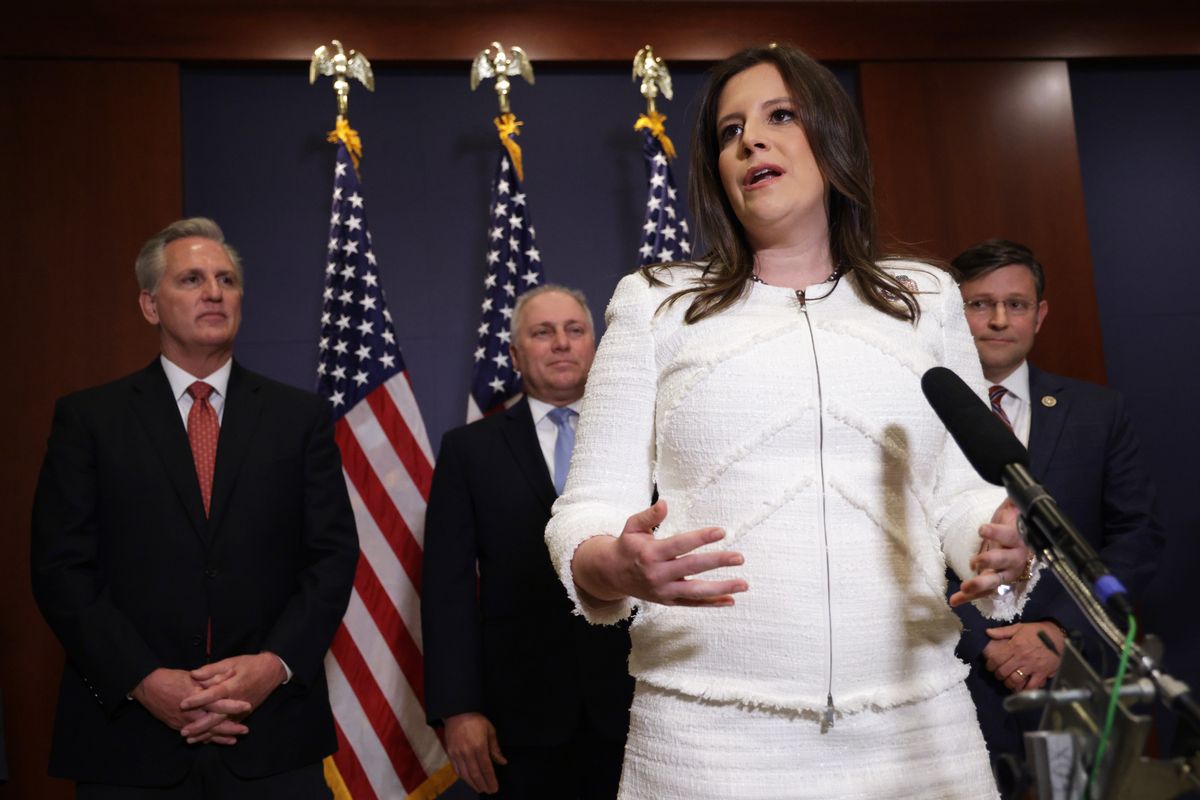 Rep. Elise Stefanik (R-NY) used the occasion of her elevation to a Republican Party leadership position -- in place of the ousted Rep. Liz Cheney (R-WY) -- to announce her intention to work with "President Trump," which set off a flurry of criticism reminding the GOP lawmaker that the one-term Trump is out of office and no longer part of the government.

Stefanik's comment, made at a press conference, was noted by historian Michael Beschloss who tweeted, "Bizarre and ominous for Stefanik to feel compelled to announce, referring to House Republicans, "We are unified in working with President Trump." Congress is co-equal branch and Trump no longer President, having been thrown out by US voters (as it should not need to be said)."

Many on Twitter joined in, accusing the lawmaker of being "purposefully disrespectful" to President Joe Biden while also noting Stefanik is apparently willing to take her marching orders from the ex-president.

According to one Stefanik critic, "We are heading into some bad territory."