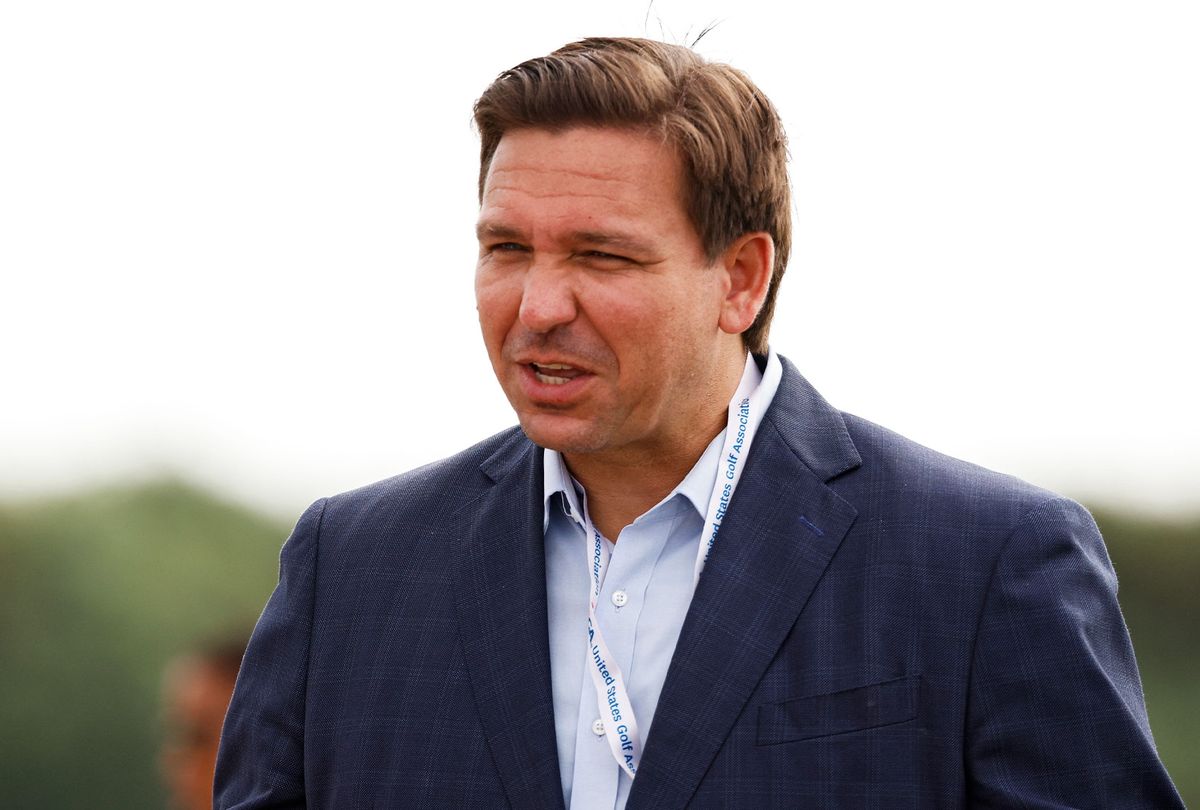 Florida enacted a first-of-its-kind law on Monday that allows users of big social media platforms, like Facebook and Twitter, to fight back against being "unfairly" banned.

The law, S.B. 7072, which was introduced back in February, comes as an act of retaliation against the spate of social media bans on various right-wing individuals – including Donald Trump – following the Capitol riot on January 6. The bill allegedly sets out to prevent Big Tech from unduly "deplatforming" politicians in the state of Florida.

One of the bill's provisions allows the Florida Election Commission to apply fines to companies that permanently ban politicians running for state office positions. It also grants users the right to sue companies they feel instituted bans unfairly.

"We're the first state to hold these Big Tech companies to this standard of transparency and accountability," Florida Gov. Ron DeSantis said during the law's signing at the Florida International University in Miami. "Their power up to this point has effectively been unchecked."

"This will lead to more speech, not less speech," he added. "Because speech that's inconvenient to the narrative will be protected."

The bill also mandates that companies provide clear reasoning for their bans and makes it illegal to ban political candidates for over fourteen days.

The law is part of a broader Republican-led push to crack down on Big Tech for what conservative allege is an anti-conservative bias.

In February, a New York University study found that claims of anti-conservative bias in themselves amount to a form of disinformation. "No trustworthy large-scale studies have determined that conservative content is being removed for ideological reasons or that searches are being manipulated to favor liberal interests," the report stated.

Nevertheless, DeSantis has framed the bill as something of a harbinger to a brave new world for conservative voices. "This session, we took action to ensure that 'We the People' — real Floridians across the Sunshine State — are guaranteed protection against the Silicon Valley elites," DeSantis declared.

According to a New York Times tally from this month, at least 38 states have proposed more than 100 bills designed to address Big Tech's content moderation policies. Many have speculated that the state-wide pushback against Big Tech reflects a dearth of substantial regulation at the federal level.

The bill is likely to be met with myriad challenges from the legal left.

Carl Szabo, the general counsel for NetChoice, a trade group representing big tech companies, said in a statement: "The First Amendment prohibits the government from compelling or controlling speech on private websites. If this law could somehow be enforced, it would allow lawful but awful user posts including pornography, violence, and hate speech that will make it harder for families to safely navigate online."

Adam Kovacevich, the CEO of the Chamber of Progress, a self-described "center-left" tech trade group, echoed: "At a time when many people want to see healthier online communities free of hate and conspiracy theories, this bill ties platforms' hands in the fight against toxic and incendiary content. It would turn Facebook, Twitter, and YouTube into anything-goes sites like 4Chan and Gab. Fortunately, the bill is so clearly unconstitutional that its authors' efforts to turn the Internet into a cesspool of lies and hate should be short-lived."

Florida Democrats also chimed in, calling out the apparent contradiction between the GOP's recent support of S.B. 7072 and the state's sweeping "anti-voting" bill from early May. They said in a statement on Monday:

"If Republicans really cared about protecting our First Amendment rights, they would never have allowed dangerous and anti-American HB 1 to pass through the Florida Legislature and be signed into law. Instead, they're talking out of both sides of their mouths -- muzzling protesters' freedom of speech and right to peacefully assemble while also stripping private businesses from determining what is and is not acceptable on their own platforms. This reaction to Donald Trump's ban from Facebook and Twitter following a dangerous disinformation campaign leading to the insurrection on January 6 is an overreach of government by the very party which claims to fight against such actions."

The bill will no doubt the help paint the Florida governor as a "populist" leader of the right, paving the way for his potential presidential bid in 2024.