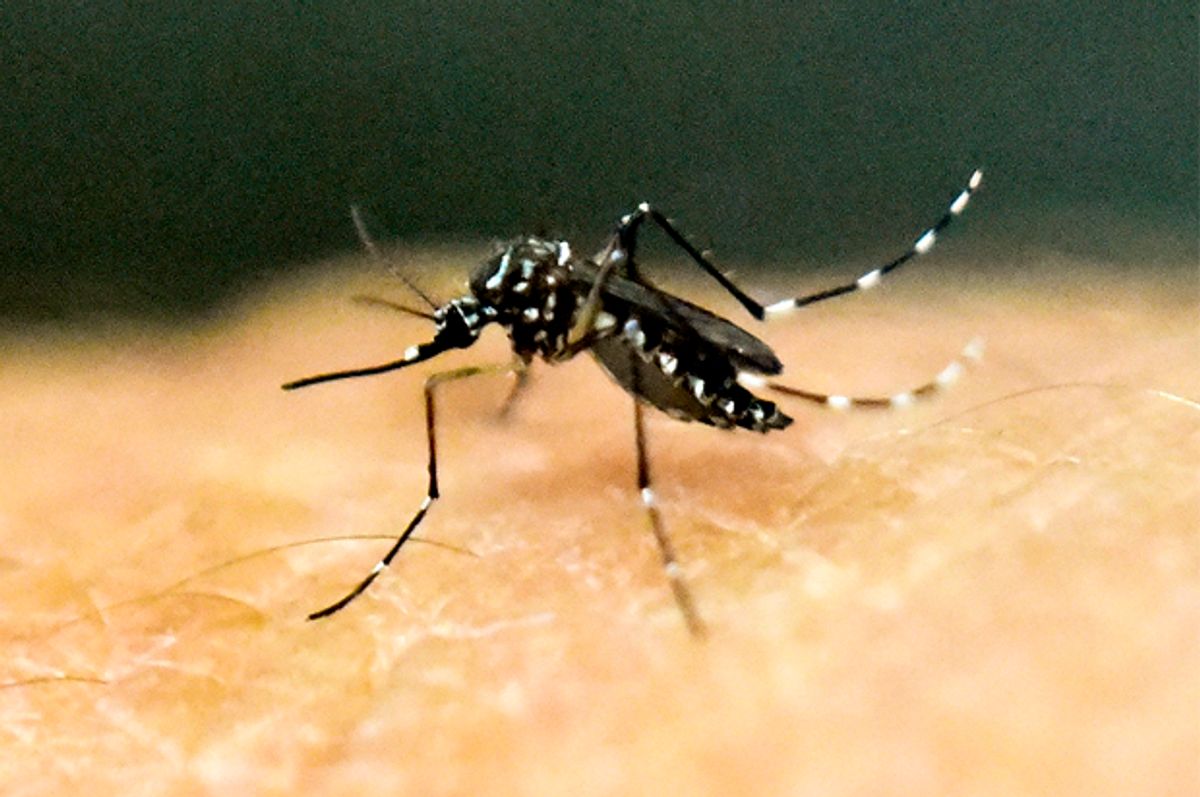 Mosquitoes contribute to the transmission of life-threatening diseases that include Zika, dengue, chikungunya, Rift Valley fever and malaria. Of these, malaria carries the most risk accounting for 229 million cases and more than 400,000 deaths in 2019. Africa accounted for 67% (274 000) of all malaria deaths worldwide.

Malaria is caused by parasites that are transmitted to people through the bites of infected female Anopheles mosquitoes. Vector control strategies such as indoor residual spraying and long-lasting insecticidal net programmes have played a crucial part in the reduction of malaria cases.

But there are a number of problems with these interventions.

First, insecticide resistance of the major malaria vectors in Africa is widespread and increasing.

Secondly, and connected to this, is the fact that spraying and nets – alone or combined – will not eradicate malaria incidences in high transmission areas. In particular, they are not effective in controlling Anopheles vectors. These feed and rest indoors and have a preference to feed at night.

New strategies are therefore needed to supplement current control strategies. Key to designing these is understanding what attracts and repels mosquitoes to certain individuals. This opens the door to new tools or strategies for malaria vector control and surveillance such as chemical lures and traps.

Our research group at the University of Pretoria is working on a project that seeks to answer the question: why do mosquitoes prefer certain individuals above others?

We investigated whether there was a chemical skin surface difference between individuals who perceived themselves as being attractive for mosquitoes and those that weren't. We were able to detect chemical differences between the two groups.

How mosquitoes find a meal

Female mosquitoes need a blood meal for their eggs to develop. First, the female mosquito must find its host. It can be quite selective. For example the Culex quinquefasciatus mosquito feeds exclusively on birds.

Mosquitoes find themselves in complex environments filled with many different cues or stimuli. Locating their preferred host involves a series of behavioural steps. This starts with the mosquito becoming aware of the host. This is usually done using long range cues such as carbon dioxide or visual cues.

The female mosquito then uses heat and moisture cues near the host, and finally skin odour cues influence landing and biting site selection. These surface skin chemical cues used for communications within a species are called semiochemicals.

The reason mosquitoes prefer certain individuals to others is likely to lie in the different semiochemicals found on the human skin surface. But the complexity of the human skin surface is a challenge for chemical analysis. Over 500 skin compounds have been identified in studies done so far from human skin secretions. Many more chemicals remain unknown.

Sophisticated analytical techniques are now helping to find the identity of mosquito semiochemicals and potential semiochemical blends. Some chemicals might be working together to attract or repel mosquitoes.

Using a silicone rubber sampler that we developed, worn as a bracelet or an anklet, we were able to sample the skin surface of 20 individuals.

We used sophisticated analytical equipment to search for and uncover the chemical compounds that make people attractive, or not, to mosquitoes.

The volunteers were compared based on how attractive they were to mosquitoes and whether mosquitoes preferred to bite certain areas on their skin.

Volatile and semi-volatile compounds – the compounds mosquitoes use to find and navigate towards their human host – from a broad range of chemical classes – 69 in total – were detected and identified as contributing to the differences in their surface skin chemical profiles.

To our knowledge 31 of the compounds that were detected have not been previously reported on the human skin surface.

We also set about investigating the final step in the mosquito host-seeking activity – landing on a suitable host followed by biting – by using ultra-performance liquid chromatography with ion mobility high-resolution mass spectrometry.

This allowed us to identify 20 compounds involved in the mosquitoes finally biting.

The compounds we identified could be useful in future malaria vector control programmes, acting as attractants or repellents. More biological studies will have to be done to test them on female mosquitoes.

The non-invasive skin sampling technique used by the research group has laid the foundation for the mass screening of the human skin surface, not only for vector control applications, but also for application to human health screenings.