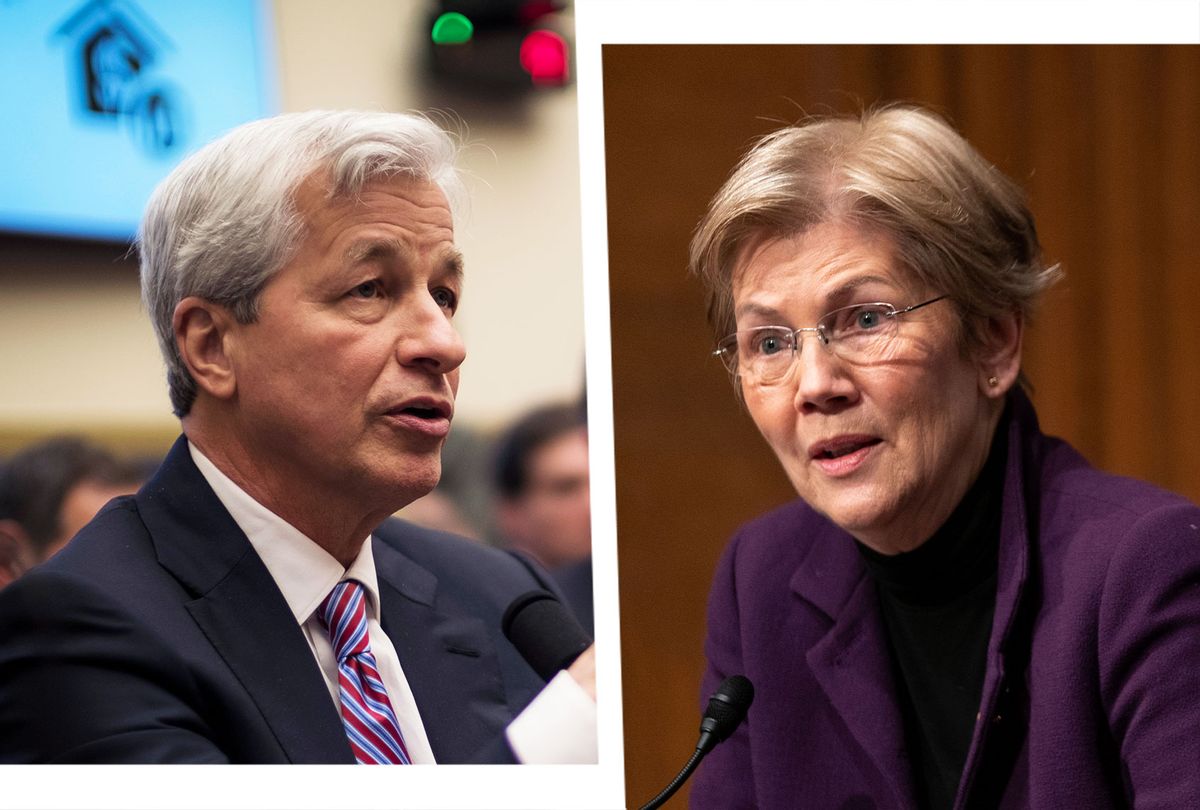 "No matter how you try to spin it," Warren declared, "this past year has shown that corporate profits are more important to your bank than offering just a little help to struggling families even when we're in the middle of a worldwide crisis."

Back in December, CNBC reported that, for the year of 2020, banks would rake in $30 billion total in overdraft fees, charges made to account holders when the amount they are withdrawing exceeds their balance. Federal regulators last March called for banks to systematically waive these fees due to the added financial burden of the pandemic.

During the Tuesday hearing, Warren took specific aim at how much money JP Morgan collected in these fees, pressing Dimon for an exact figure. "Do you know the number?" she asked.

"I don't have the number in front of me…," Dimon responded as Warren cut him off.

"Well I actually have the number in front me," Warren shot back. "It's $1.463 billion. Now do you know how much JP Morgan would have been in 2020 if you had followed the recommendation of the regulators and waived overdraft fees to help struggling consumers?"

Dimon claimed that the bank waived fees if customers said they were under Covid-related financial stress, neglecting the fact that the bank still made money on collecting them.

"So here's the thing. You and your colleagues come in today to talk about how you stepped up and took care of customers during the pandemic," Warren said. "And it's a bunch of baloney. In fact, it's about $4 billion worth of baloney, but you could fix that right now.

During the pandemic, the Fed instituted a policy that lowered the reserve requirement for banks, freeing up capital with which to lend to customers in order to keep the economy afloat. The policy, however, ended this year on March 31. "Over the past year," Warren noted, "you could have passed on the breaks you got from the Fed to your customers, but you didn't do it."

"Mr. Dimon," she asked. "Will you commit, right now, to refund $1.5 billion you took from consumers during the pandemic?"