Review: "Cruella" is a dazzling Disney film full of fun and flair

Ever wondered about the origin story of Disney's most stylish villain? No? You get one, starring Emma Stone, anyway 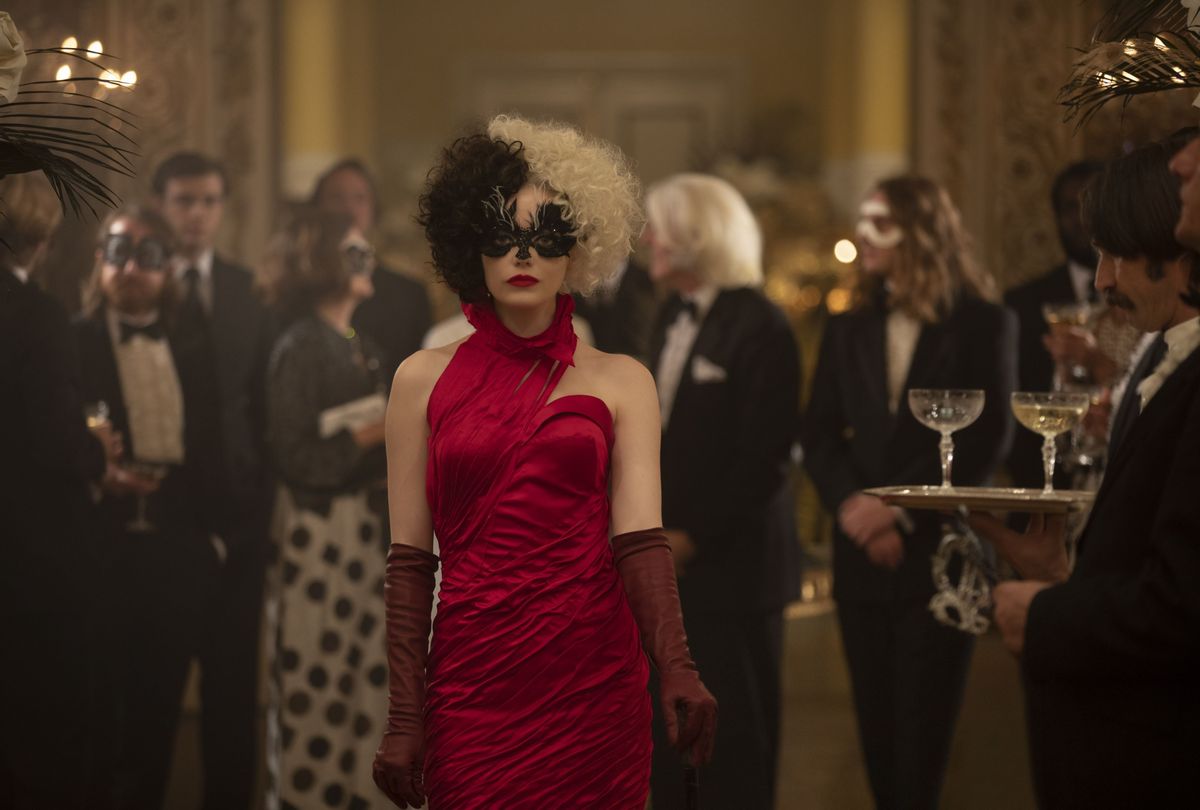 Cruella De Vil is one of Disney's most iconic villains, but she doesn't always get the same love that the studio's other notorious baddies get. It feels like the villains of the late '80s and '90s — Ursula, Scar, Jafar, etc — get most of that glory. But now it's time to dig up a classic and make her great again, and Disney does just that in the live-action film "Cruella."

Most people probably have a solid understanding of what Cruella is all about. She's high fashion. Super snooty. And she really wants to make a coat out of poor, helpless Dalmatian puppies. She wasn't the most developed character in Disney history, but that's where director Craig Gillespie comes in. Behind him is a big team: the screenplay is by Dana Fox and Tony McNamara and the story by Aline Brosh McKenna, Kelly Marcel and Steve Zissis.

Together, they've teamed up to create an edgy and bold (yet still family-friendly) film that is definitely worth a watch . . .or two, or three.

Leading the ensemble in this cast is Academy Award winner Emma Stone. She's come a long way from her "Easy A" days, and this film proves she still has the acting chops to pull off perfect comedic moments as well as the more emotional, intimate scenes. (And yes, this movie really goes there when digging into Cruella's past.)

The film starts off with the titular character as a small child, then known as Estella. We see her suffer through a tragic event that leads her to living on the streets of London. She meets friends Jasper (Joel Fry) and Horace (Paul Walter Hauser) along the way, and they spend their time running grifts and schemes on unsuspecting people just to get by. As a young adult, Estella never gives up her dreams of becoming a fashion designer. And when she runs into top fashionista Baroness von Hellman (Emma Thompson), Estella's world changes completely, for better or worse.

While Stone does an amazing job bringing Cruella to life, Thompson is just as good as the Baroness, who's posh, snooty, and completely self-absorbed — this is the woman who Cruella gets her inspiration from, mannerisms and all.

There are many other elements of Cruella's backstory that get filled in, although some of the questions it answers probably weren't on your mind unless you're a huge "One Hundred and One Dalmatians" fan. "Why is she called Cruella De Vil?" "Why is her hair black and white?" "Why are Cruella and Anita so close?" The film serves up clever answers to all of these.

The film features an excellent supporting cast. Joel Fry and Paul Walter Hauser make the buffoon-like characters Jasper and Horace from the animated film so much more enjoyable. Both Kirby Howell-Baptiste and Kayvan Novak are endearing as Anita and Roger. And neither Mark Strong (John the valet) nor John McCrea (a spunky dress-shop keeper named Artie) are wasted.

Lastly, it's hard to talk about Cruella without mentioning the amazing hair, makeup and fashion that truly gives this movie its flair. Jenny Beavan led costume design for this film, and her looks for Cruella and the Baroness are surely Oscar-worthy. Nadia Stacey contributed to the hair and makeup design, giving Cruella in particular some amazingly bold looks. And we can't leave out Fiona Crombie's production design; the sets are stunning, including the ones for the multiple lavish party scenes.

With all those things combined, Cruella shines as quite possibly one of the strongest new-era live-action Disney films. You may want to watch "One Hundred and One Dalmatians" before watching the new film just so you're caught up on all the little Easter eggs that get dropped, but you can also come in with a clean slate knowing you're in for a good show regardless. There are plenty of hilarious scenes, good tunes, and lots of twists to keep you entertained the whole way through. So if you happen to want to see a fun Disney film that caters to both younger and older crowds, you won't want to miss "Cruella."

"Cruella" arrives on Disney+ with Premier Access and in theaters on Friday, May 28.