Meet the anti-legalization GOP Congresswoman cashing in on marijuana stocks

“It brings into question her credibility as a lawmaker,” one Congressional ethics expert told Salon 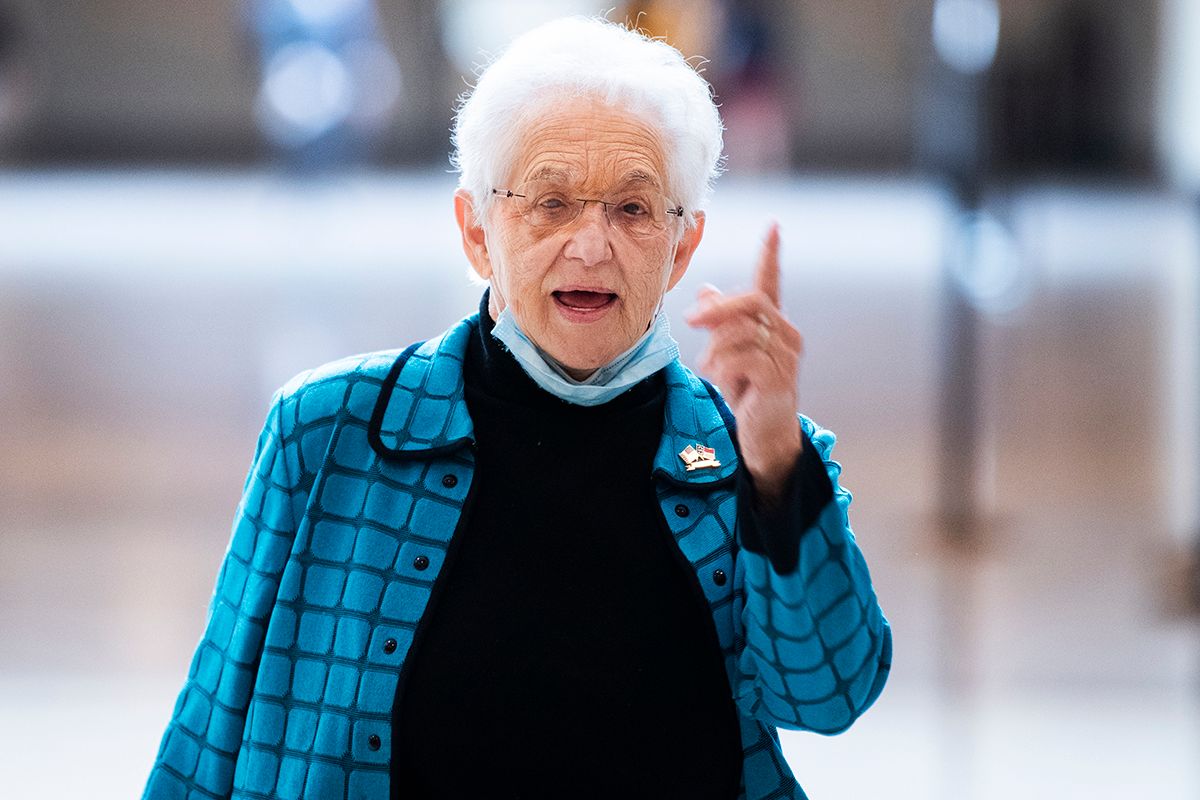 Rep. Virginia Foxx, a North Carolina Republican with an influential post on the House Committee on Oversight and Reform, has spent her Congressional career advocating against the legalization of marijuana — while also loading up on hundreds of thousands of dollars in marijuana-industry stocks ahead of crucial votes on key federal decriminalization measures, Salon has learned.

Foxx, 77, has made at least six investments in Altria, one of the world's largest tobacco companies and a leader in the burgeoning U.S. cannabis industry, since September of last year, according to financial disclosure reports. Altria, previously known as Phillip Morris, also holds large minority stakes in JUUL Labs and Anheuser Busch InBev, another company exploring the cannabis market.

The purchases, which have not previously been reported, likely make her the largest holder of marijuana-related stocks in Congress, according to a report from Unusual Whales, a market research firm. It's impossible to say for certain, however, because members of Congress are not required to disclose the exact amounts of their investments.

The trades are especially newsworthy for their timing: beginning just a few months before the U.S. House of Representatives passed the the Marijuana Opportunity Reinvestment & Expungement Act (MORE) in December, which would serve to decriminalize cannabis at the federal level — a key goal of advocates who say the drug's current status as a controlled substance represents a key roadblock to full legalization. Foxx voted against the measure.

Her investments raise concerns over the ethical problems members of Congress create when trading individual stocks within an industry their actions have the potential to influence.

"This is so obviously a conflict of interest, I'm just not sure what else I can say, really," Richard Painter, a former White House ethics attorney under President George W. Bush and University of Minnesota law professor, told Salon. "It brings into question her credibility as a lawmaker."

Rep. Foxx's office did not respond to a request for comment.

The MORE Act ultimately wasn't taken up for a vote in the then-Republican-controlled Senate, effectively killing the measure. It was reintroduced in the House Friday by Rep. Jerry Nadler, D-New York, and has a greater chance of success given the Senate's new Democratic majority.

At least four of Foxx's investments in marijuana-industry stock came between the initial MORE Act vote in December and Friday. In all, records show she has purchased somewhere between $79,000 and $210,000 in Altria stock. It remains unclear whether she is currently holding these investments — though no sales have been reported.

Legalization has been a hot-button issue for the North Carolina representative, whose inflammatory public statements on the matter have been staunchly against several initiatives spearheaded by House Democrats.

"Democrats can't get their minds off pot bills, and they think it's more important than: Supporting small businesses, Safely reopening schools, Protecting the livelihoods of Americans," she wrote on Twitter. "No wonder their majority is shrinking. They're so far removed from reality."

Though her marijuana-related investments likely dwarf other members, she is far from the only Congressperson to cash in on the budding sector — at least 20 House members and six Senators have reported either purchases or sales of industry stocks since 2020, records show.

Two other representatives are notable for their significant investments in cannabis over the past year: Rep. John Yarmuth, D-Kentucky, and Rep. Brian Mast, R-Florida.

Rep. Yarmuth, a co-sponsor of the MORE Act with a powerful post as chairman of the House Budget Committee, takes the record for most diversified marijuana industry portfolio in Congress — with November investments in Canopy Growth Corporation, Aurora Cannabis, and Tilray, as well as February pickups in the same three companies, public disclosures show. He has also reported past investments in at least three other industry stocks, according to Unusual Whales: Cronos Group, Altria and Anheuser Busch InBev, whose primary business is not in marijuana but has made several recent high-profile ventures into the arena. Yarmuth remains one of the staunchest defenders of legalization in Congress.

Rep Mast was one of only five Republicans who voted to approve the MORE Act — but not before purchasing between $15,000 and and $50,000 in Tilray, the Canadian cannabis giant, disclosure reports reveal. Mast is a U.S. Army veteran who lost both his legs during an explosion in Afghanistan. He has generally supported more research into the effects of legalization and said during a town hall in 2016 that he is a "proponent for alternative forms of medicine."