How to eat and cook with cicadas, according to an expert 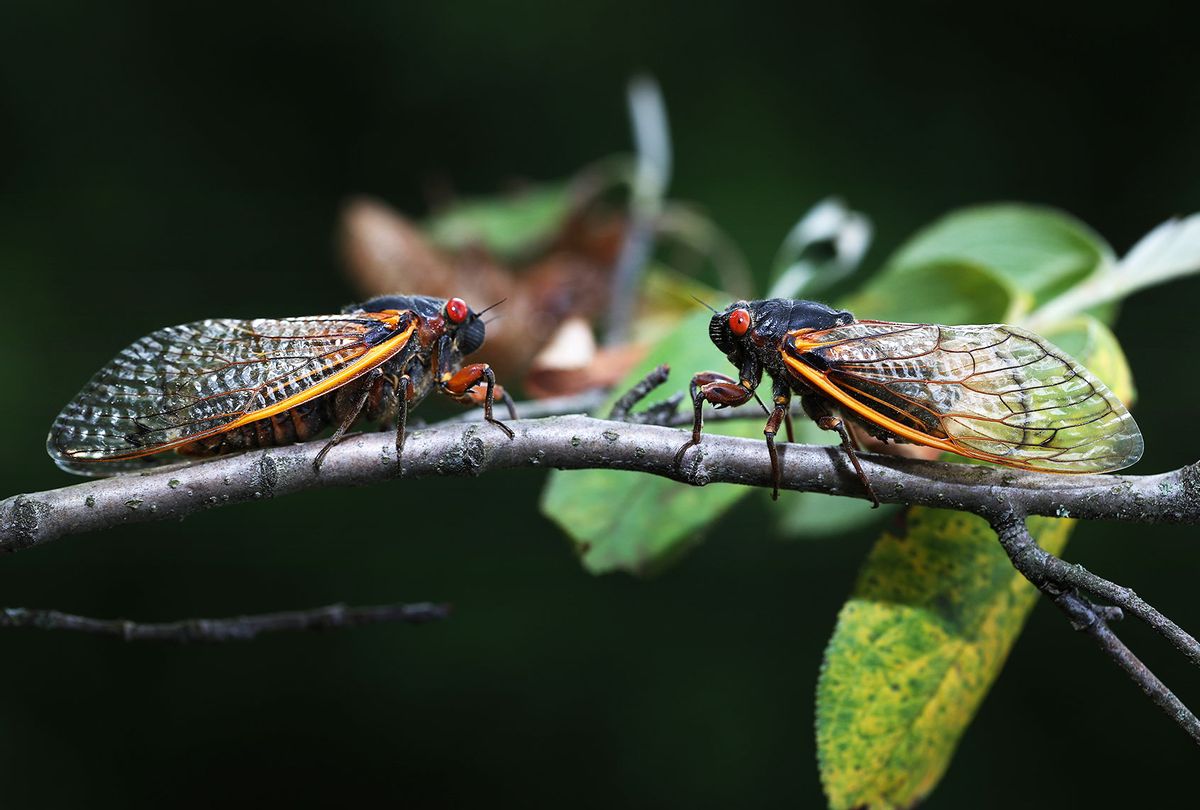 The cicadas have arrived. After living underground for 17 years, billions of Brood X cicadas are emerging in parts of the eastern United States. The spectacle, in which hordes of emerging cicadas shed their exoskeletons and become winged adults, is one of North America's most awe-inspiring entomological events. For the next couple of weeks, male cicadas will sing loudly and mate with the females to produce a new generation that will live underground for another 17 years. The cicadas that mate die a few weeks after reproducing.

Academics have been fascinated by cicadas for years. And it's not only because these critters sing their hearts out and become part of our summers every 17 years. It's because they've long been part of colonial American and Native American culture. How do we know this? In part because of published recipes that called for cicadas from the 1700s, as Gene Kritsky, the Dean of Behavioral and Natural Sciences at Mount St. Joseph University and author of "Periodical Cicadas: The Plague and the Puzzle," explained to Salon in a phone interview. Indeed, a mid-20th century study published in the Journal of the Washington Academy of Sciences noted how the Cherokee in North Carolina viewed them as a delicacy: they ate the 17-year-old locusts (cicadas) sometimes fried in "hot fat" and sometimes pickled to preserve for later.

In North America, eating cicadas — or any insect — is often exotified in the media as something sensational and weird. Yet eating cicadas isn't as weird as one might think. There is nutritional value to insects, and cicada-cooking can be a fun way to partake in this summer's cicada mania, particularly for those that are curious about how cicadas were consumed in America in the past.

Kritsky, who admits he hasn't eaten a cicada since 1987, shared more information about how to eat cicadas safely and what to expect.

As someone who studies cicadas, what piqued your interest in consuming them too?

Well — full disclosure — I don't eat them anymore. And that's because in the 1890s the USDA suggested they may be in danger of going extinct over time. And my research from 1987 to 2000, from in the northern half of Indiana and Northwest Ohio, shows they are really in decline, so I can't eat them. I like them too much.

That being said, eating cicadas goes way back. Apparently the Iroquois would harvest cicada nymphs; the Indigenous populations were consuming them. The oldest record of Brood X actually includes the English settlers in Philadelphia eating them, way back in 1715.

That's so interesting. So considering that they are in decline, do you not advise people to eat them?

I went to the newspaper morgue for the Cincinnati Enquirer and I ran across a recipe for a cicada pie from June 6, 1902. It said: "Take 50 newly emerged white female cicadas, legs and head chopped, place in a bowl with stale bread soaked in milk. Add sugar, rhubarb flavor and cream to soften the ingredients. Put the mixture into a pie crust and place a crisscross pattern similar to that of an apple pie. Bake at 400 degrees until the crust is done; people who've enjoyed this pie claim it tasted like partridge."

Based on that recipe, a colleague of mine made a cicada pie. I've never had partridge, so I'm not sure if it tasted like partridge. We also sautéd and stir-fried them.

To me . . . they are very soft, and there's no sticky bits or sharp bits that will get you. You can digest it all pretty easily. It had to me a very green flavor, which I felt was surprising because they're sucking on the xylem tissue of roots that spring water and minerals from the roots up to the leaves. The flavor I've likened it to was whole canned asparagus — very green.

Wow, that is surprising. So how can people eat them if they're curious about trying this?

You want to get the nymphs from the ground. They climb up a vertical surface and skin cracks open at the back, and they start to pull out as an all white cicada — all white and free from the brown skin. That's what you want to collect.

There's more nutrition in the females because the females have the eggs. The male abdomen is mostly hollow. So 70 percent of the emerging adults on that first couple of nights are going to be 70 percent male, but after about six or seven nights, a majority of the nymphs will be female. They're just hanging there, so with a very light grip you can just pick them up. I'd toss them right on ice and ice water, right away, And that helps start the cleaning process. You want to stop the biochemistry process that happens as they sclerotize.

What's the best way to clean them?

You want to rinse them thoroughly. You don't want to rinse them in soapy water per se, but a rinse that would help remove any kind of surface bacteria. They're coming from the dirt. So there is a lot of stuff there, a lot of fungi, other people walking through. Cleaning thoroughly is very important as far as the preparation goes. And that should be done soon after they're collected.

They're high in protein and they're low in fat. They're herbivores. You have a declining amount of energy used to go up the food web. The trouble with periodical cicadas is that you get them once every 17 years, and they're localized. Harvesting cicadas would wipe them out in general.

What are other ways people can enjoy cicada season?

You can get the app Cicada Safari, go out and see where they're emerging and report the emergence of them near your house. I'm the co-creator of Cicada Safari.  There's a lot of interest this year, of course.