There is no pasta. There are no tomatoes. Instead? An armload of plump strawberries 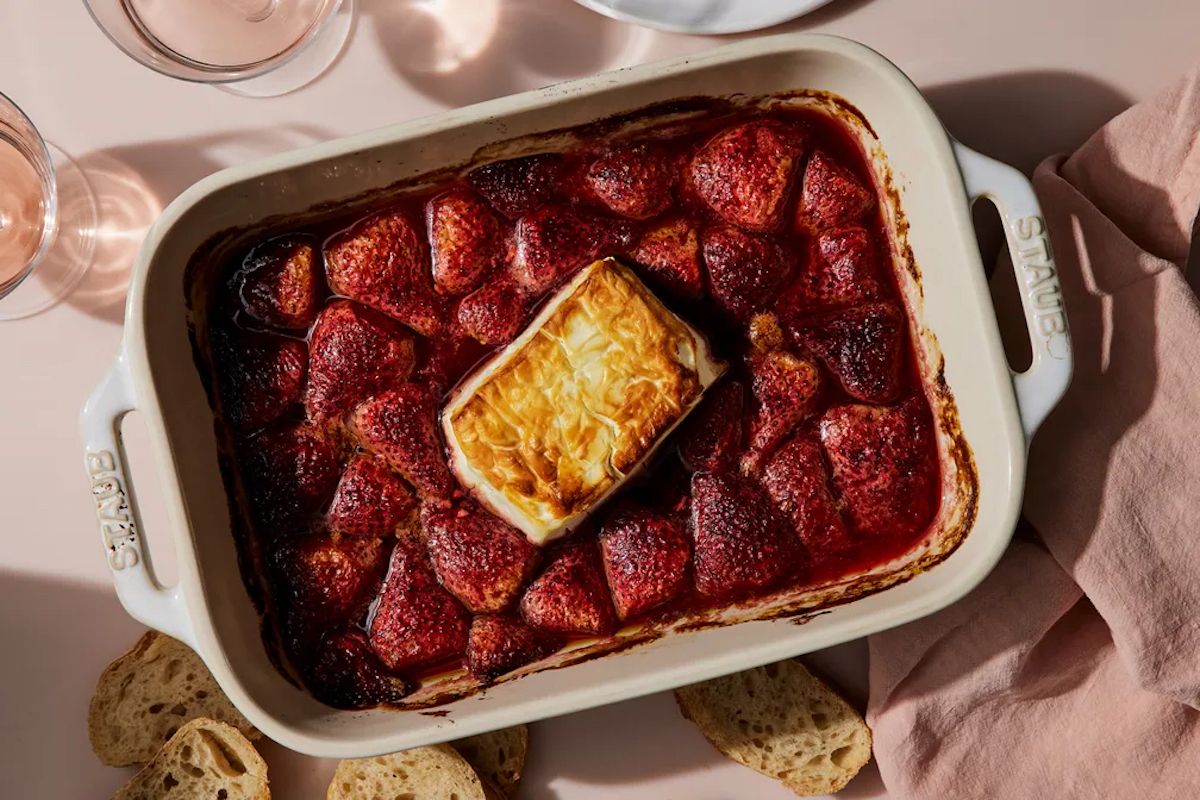 Though it's one of the world's oldest cheeses—"a primitive form is even mentioned in the Odyssey," according to the European Commission—feta has never been trendier.

In 2019, food blogger and artist Jenni Häyrinen shared a recipe for baked feta pasta. Tiny tomatoes, chopped chiles, a lot of olive oil. Roast until the cheese relaxes from uptight to loosey-goosey, soft enough to hug spaghetti or rigatoni or whatever else your pantry has in store.

Fast-forward to this February, which marked what Häyrinen dubbed the "third wave" of the baked feta whirlwind, sparking adaptations everywhere from The New York Times to The Washington Post. And yes, we wrote about it, too.

So perhaps you're wondering why I'm showing up to the party late, months late, musing about baked feta in May. A couple reasons: First, because molten cheese never goes out of style. Second, and most importantly, because I was waiting for berry season.

Indeed, this is baked feta, but not The Baked Feta, not like that. There is no pasta. There are no tomatoes. Instead? An armload of plump strawberries.

Like tomatoes, these are red. Also like tomatoes, with enough time in the oven, their structure collapses and their flavor concentrates, going from great to greater to greatest. A little honey and olive oil, plus salt and pepper, are all you need to yield a sauce that's halfway between sweet and savory, begging to be spooned atop salty, custardy cheese.

This blurriness between appetizer and dinner and dessert is the best part. That freedom to take the dish wherever you want to go.

My favorite destination is a crusty baguette, torn into hunks. But don't stop there: Try Triscuits or Ritz. Or plop alongside a simple protein, from grilled chicken to fried pork chops to seared duck. Or put toward a peppery salad, say arugula or radicchio. Or what else, what else? You tell me.