Trump's refusal to block McGahn from testifying in private will come back to haunt him: columnist 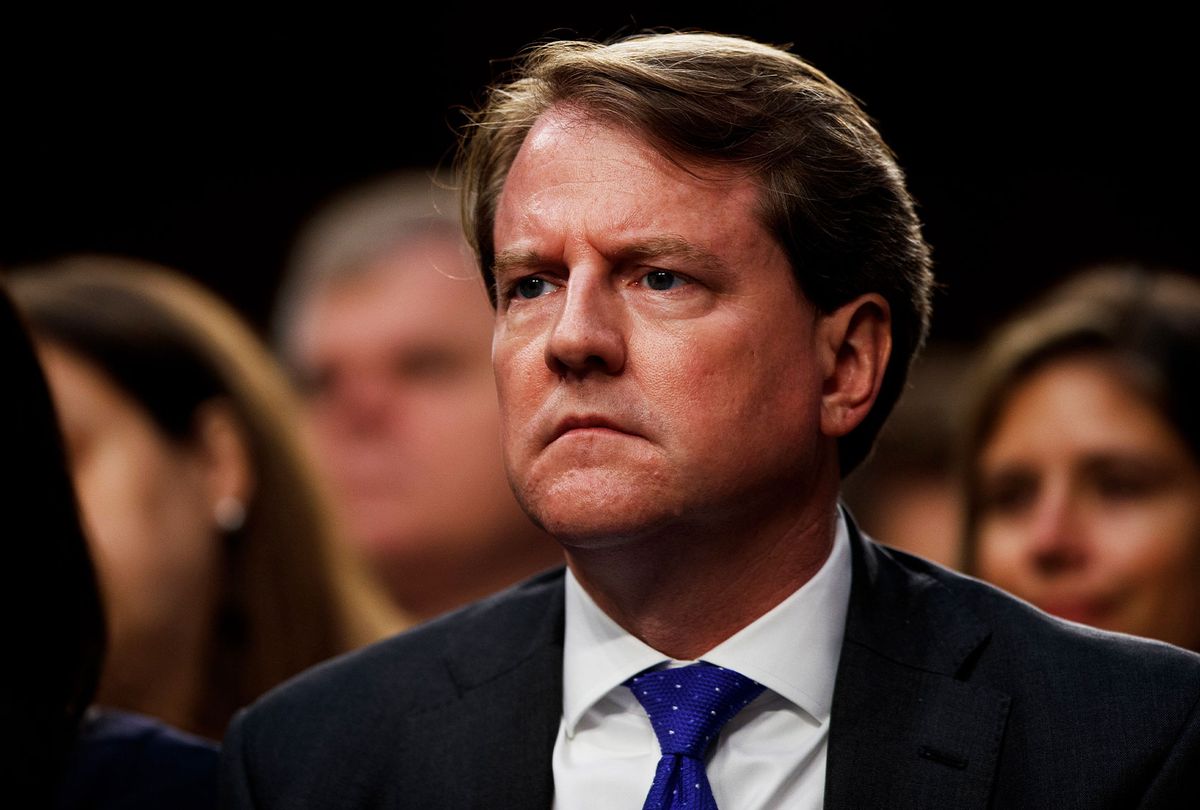 In a column for the New Republic, editor Michael Tomasky asserted that Donald Trump may well come to regret not spending the money needed to block former White House counsel Don McGahn from speaking in private and under oath before members of the Senate Judiciary Committee this Friday.

As the New York times reported, "Mr. McGahn's agreement to testify — with President Biden's permission — was contingent upon there being no active legal challenge to his participation in the matter, according to the two people, who spoke on the condition of anonymity because of the legal and political sensitivity of the matter."

As longtime political observer Tomasky notes, Trump used the full force of his presidency — and attorney-client privilege protections — to keep McGahn from answering questions before but that was when his legal maneuvering would be paid for by the federal government.

That no longer is in effect now that he is a private citizen.

Writing that "There are things a thieving real estate tycoon can get away with that a president of the United States can't. And this will be the precise source of his downfall," Tomasky added that a recent decision by the Justice Department to no longer interfere on Trump's behalf meant the former president needed to step up and fund his own continuing legal challenge — and chose not to for financial reasons.

"Trump himself was not party to the agreement to get McGahn to testify (obviously, since he would never so agree). But he has the right under the law to intervene and challenge the agreement. Right after the deal was struck in early May, a lawyer for Trump indicated that such a challenge was forthcoming. But more recently, that same lawyer said that Trump would, in fact, not intervene," the columnist reported. "But now, as a private citizen, he'd have to foot the bill himself. And it seems he chose not to. "

That, he points out, may come back to haunt Trump.

"Trump is such a skinflint that he'd rather risk McGahn telling Congress that, yes, the president personally directed him to commit obstruction of justice—to fire Robert Mueller and then to create a fake paper trail to suggest that Trump never asked him to do that—than have to shell out his own money to try to stop it!" he claimed. "And yes, it matters. If the facts stated in the Mueller Report are correct, and McGahn fesses up to them, it may not make any difference to the January 6 crowd, but we will have a president's legal counsel on the record saying that the president obstructed justice. That's a big deal."

According to Tomasky, that would have implications far beyond what the Senate committee is looking at.

"The walls are closing in fast. [Manhattan District Attorney Cyrus] Vance just empaneled that three-days-a-week grand jury. New York Attorney General Letitia James is hard at work getting to the bottom of, among other malefactions, the funny business around that land in Westchester County. And now, we learned late last week, the Eastern District of New York has opened up a third front on Trump, looking into Ukrainian meddling in the 2020 election on his behalf," he wrote.

"Men like Trump don't just think they'll never get caught: After years of successfully dodging responsibility, they come to convince themselves that the reason they've never been caught is that they never really did anything wrong in the first place. They think they're infallible. I hope to God that Trump is squirming and panicking these days, as he learns just how fallible he is," he concluded.