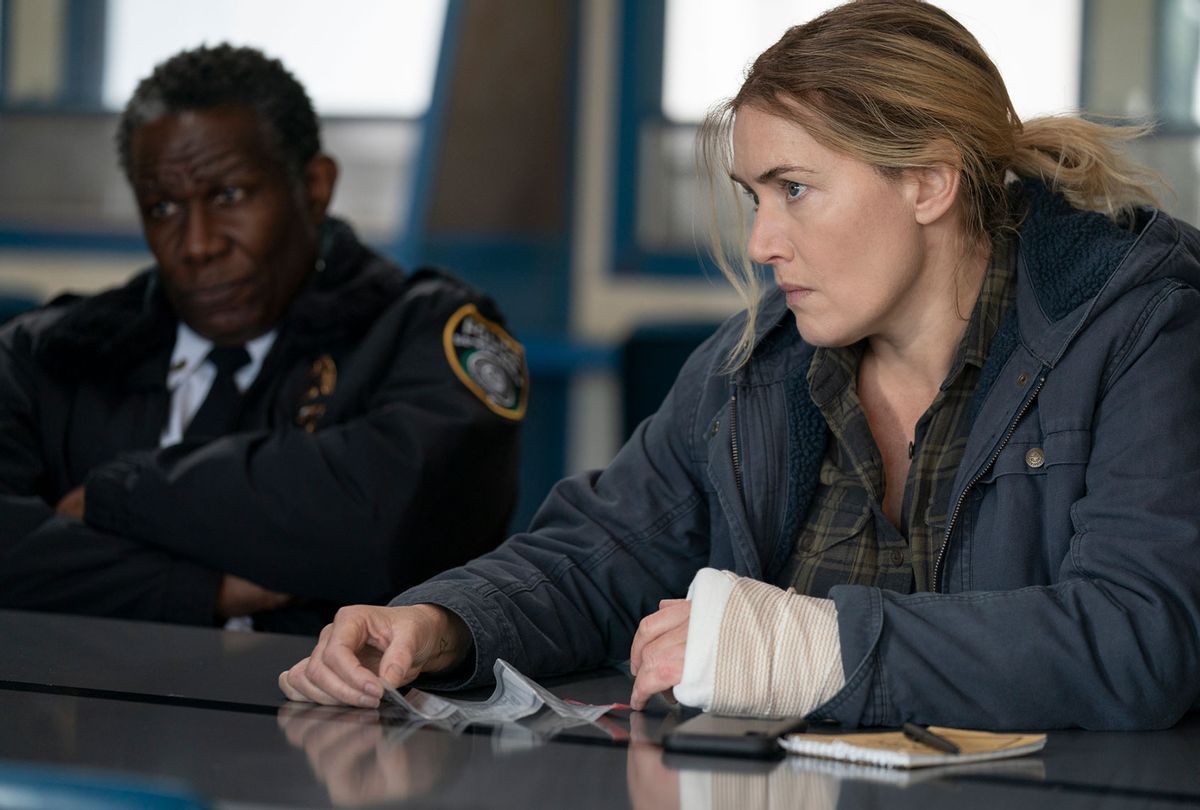 Following the shocking season finale of HBO's "Mare of Easttown," Kate Winslet, who plays the titular Mare Sheehan on the show, dropped even more revelations in an interview with the New York Times on Monday. According to Winslet, on several occasions, she fought back against director Craig Zobel and the show's promotion team to stop them from editing her body and facial features.

Winslet told the Times Zobel had told her he would cut "a bulgy bit of belly" from her sex scene with co-star Guy Pearce, to which she says she responded, "Don't you dare!" The actress also recounts rejecting the show's original promotion poster because it had retouched her facial features. According to Winslet, she told the team, "Guys, I know how many lines I have by the side of my eye, please put them all back."

In her interview, Winslet acknowledged criticisms and fan reactions about her character's unkempt and unfiltered appearance throughout the show, saying she knew fans have often asked, "Oh my God, how can she let herself look so unglamorous?" For Winslet, the answer is simple and honest — she wanted to be true to the character of Mare, a middle-aged woman facing an onslaught of personal and professional challenges, and living in a small, unglamorous Pennsylvania town.

In the interview, Winslet described Mare as a "fully functioning, flawed woman with a body and a face that moves in a way that is synonymous with her age and her life and where she comes from." Winslet herself is 45, and clearly not ashamed of or concerned about aging, and giving an honest and authentic performance. Refreshingly enough for the entertainment industry, for Winslet, that performance includes imagery of a real, human woman's body that she fought for.

While Winslet's recent interview with the Times is getting a lot of attention this week, this isn't even the first time she's spoken candidly about her body, and embracing it as it is. In a 2012 interview with The Sun, she explained her rationale for partaking in nude scenes over the course of her career. "I look like the people that walk down the street. I don't have perfect boobs, I don't have zero cellulite — of course I don't — and I'm curvy," she said. "If that is something that makes women feel empowered in any way, that's great."

Erasure of middle-aged women is a well-known problem in the entertainment industry, with a void of their stories that's only recent begun to be filled, now with the help of Winslet's new show. "Mare of Easttown" is the story of a female detective struggling to solve the murder of a teenage mother, all while handling many a personal problem ranging from divorce to her son's suicide. And on top of rich and compelling storytelling, the show also makes crucial progress in centering a new, more honest kind of female protagonist.