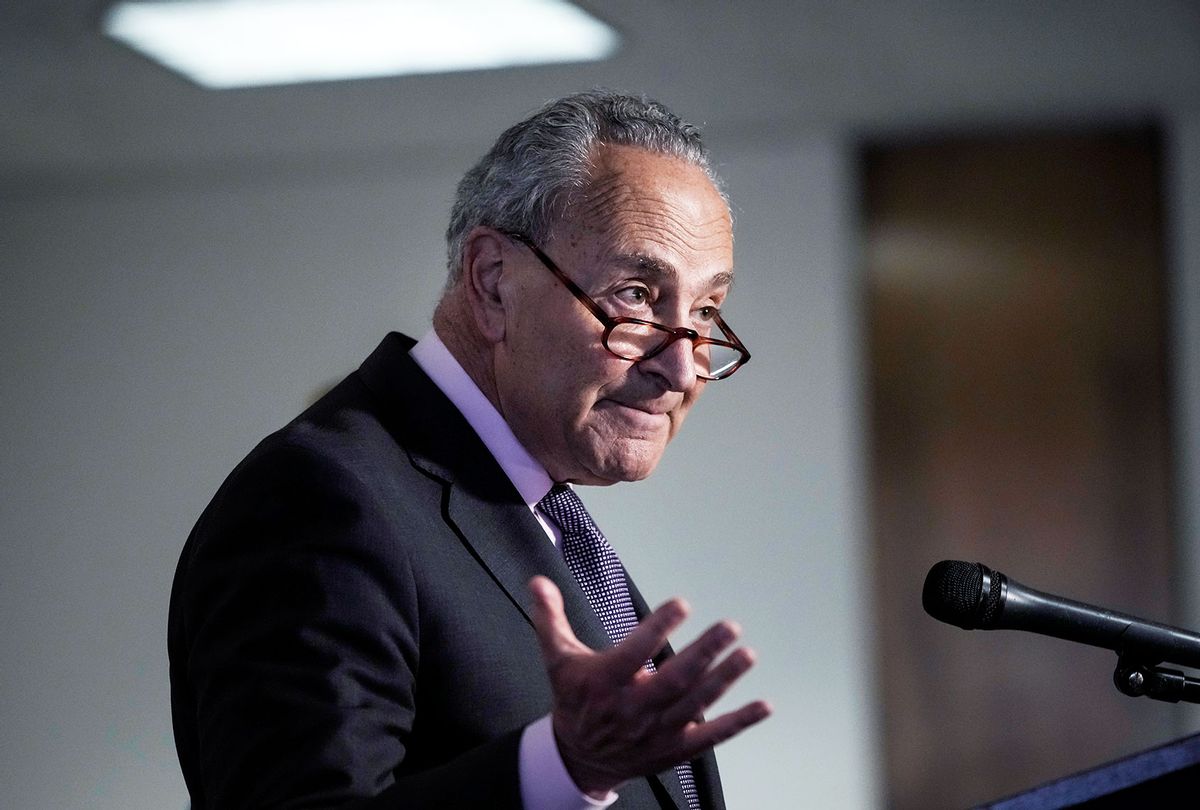 MacDonough quietly issued a new ruling on Friday stating that the Senate cannot use budget reconciliation, which allows the chamber to pass budgetary bills with a simple majority, twice just to avoid a filibuster, Punchbowl News first reported. The Senate also cannot revise a budget resolution without restarting the entire budget process anew, which would be immensely time-consuming and difficult. The ruling could complicate Senate Majority Leader Chuck Schumer's efforts to avoid a Republican filibuster to advance the party's agenda and likely means Democrats will get just one more shot at a filibuster-proof legislative package this year.

Democrats used the budget reconciliation process to pass the $1.9 trillion coronavirus relief bill in March but efforts to include a federal minimum wage increase were rejected by MacDonough, who ruled that doing so would violate the Senate's "Byrd Rule," which prohibits "extraneous" items from being included in legislation. Senate rules allow the budget reconciliation process to be used only once a year on the budget bill, but Schumer's office claimed he had received a favorable ruling on a plan that would permit Democrats to use the process twice more this year — once for the next fiscal year's budget in the fall and once to amend the existing 2021 budget — while acknowledging that "some parameters still need to be worked out."

MacDonough's new ruling states that Democrats cannot automatically discharge a revision to the 2021 budget resolution from the Senate Budget Committee, meaning they would need at least one Republican on the evenly split panel to back the vote.

The new guidance says that the Senate could use the reconciliation process twice for reasons beyond political expediency, such as addressing an economic downturn, explained Punchbowl News' Jake Sherman. MacDonough cited a 1974 conference report saying that revisions to an existing budget resolution should be reserved for situations like "sharp revisions in the revenue or spending estimates or major developments in the economy," according to Roll Call. She also cited the late Sen. Ed Muskie of Maine, a former chair of the Budget Committee, who said that revised budgets should be "the exception and not the rule" and should be reserved "to meet changed conditions, not to take account of matters which might have been considered in connection with the Budget Resolution most recently adopted by the Congress."

"The potential for abuse was clear in 1974 and is all the more obvious now," MacDonough wrote, adding that "overuse and over-reliance on a hyper-fast track procedure in the ordinarily deliberative Senate … will change the culture of the institution to the detriment of the committee and amendment processes and the rights of all Senators."

Seth Hanlon, a former economic adviser in the Obama administration, said that MacDonough was "again making up new rules out of whole cloth."

"To be clear, the parliamentarian is just making up random shit here," wrote Jordan Weissmann, who covers economics for Slate. "None of this is remotely stated in the law."

CNN's Manu Raju noted that the ruling still allows Democrats to use the budget reconciliation process for the next fiscal year, which begins Oct. 1, adding that the party was "unlikely" to use the process until the fall anyway. But the ruling means that Democrats will not be able to pass Biden's $2.3 trillion American Jobs Plan and the $1.8 trillion American Families Plan, as well as other budgetary proposals, in multiple reconciliation packages, as they had originally hoped. They could still combine the proposals into a single budget bill, but any measures not included in the 2022 bill would have to wait until the 2023 fiscal year begins in October 2022.

The ruling came as a "surprise" to Schumer, according to UPI, and infuriated some Democrats who were already frustrated with MacDonough after she nixed plans to raise the minimum wage. When a Republican Senate majority faced a parliamentarian's ruling in 2001 that would have made it harder to pass tax cuts for the rich, they simply fired him. Some on the left have called for Democrats to similarly dismiss MacDonough and plow ahead.

"Please stop pretending like the parliamentarian ruling is something other than advisory and get on with the people's business," tweeted Rep. Ilhan Omar, D-Minn. "We were gifted the majority to govern, let's govern!"