So far, Hillary Clinton and Beto O'Rourke have thanked the teen for speaking out about the state's six-week ban 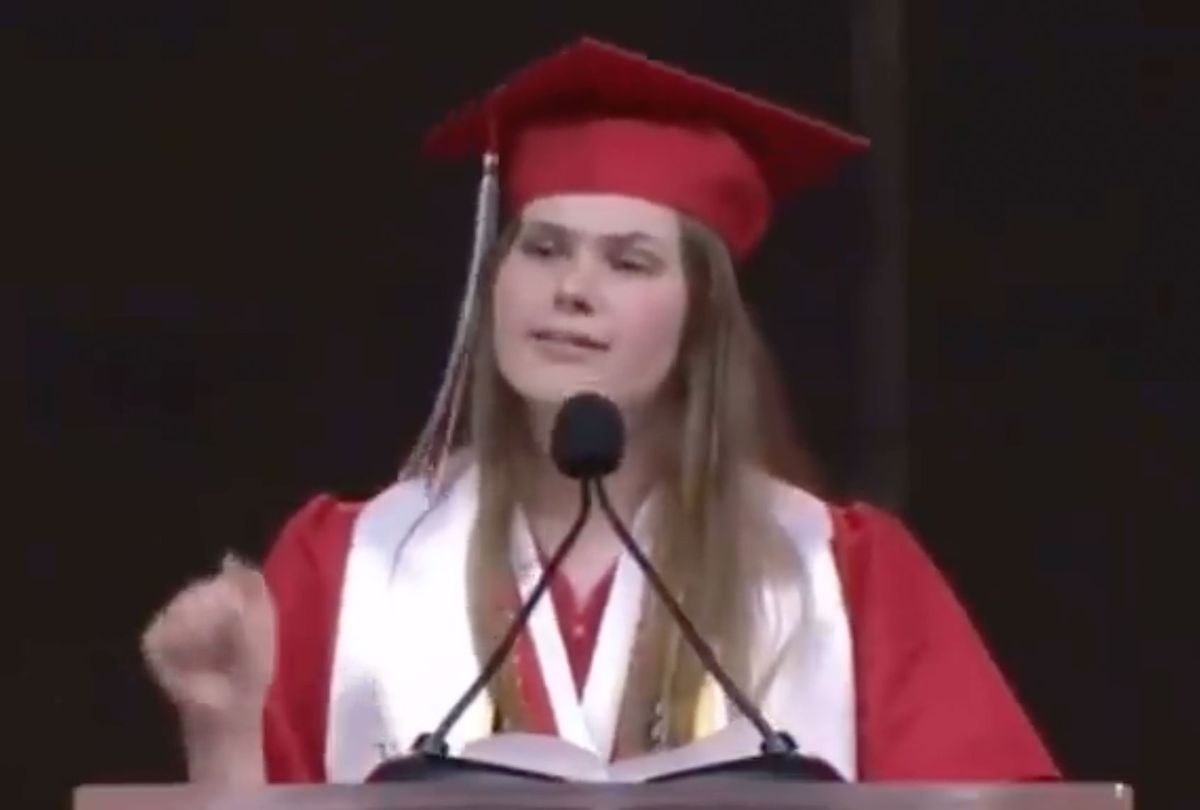 In case you somehow haven't seen it yet, a Texas high school valedictorian switched up her pre-approved remarks to her class at her graduation ceremony to speak out against the state's six-week abortion ban, set to take effect in September pending an appeals court's ruling.

Paxton Smith, a newly graduated senior at Lake Highlands high school, was originally going to focus her speech on "how TV and media have shaped her worldview," according to the Guardian. Before going off-script, the Texas teen said it felt "wrong to talk about anything but what is currently affecting me and millions of other women in this state.

"I have dreams, hopes and ambitions," Smith said. "Every girl here does. We have spent our whole lives working towards our futures, and without our consent or input, our control over our futures has been stripped away from us."

Smith then fearlessly made her speech personal, adding, "I am terrified that if my contraceptives fail me, that if I'm raped, then my hopes and efforts and dreams for myself will no longer be relevant. I hope you can feel how gut-wrenching it is, how dehumanizing it is, to have the autonomy over your own body taken from you."

The abortion ban in question, which Texas Gov. Greg Abbott signed into law in May, would ban abortion care at six weeks, which is often before people know they're pregnant and can get care. The law provides for no exceptions including incest and rape, although even bans that supposedly provide these exceptions make it exceedingly difficult to "prove." But one of the most unique and alarming parts of the state's new abortion law is the power it gives any citizen to sue someone who has an abortion, provided the abortion or in some way helped the patient get it.

Since video of Smith's biting and brave remarks have been making the rounds on all social platforms, she's received praise from politicians and leading reproductive rights advocates, with some even calling on the Texas teen to run for office someday. Former Democratic presidential nominee Hillary Clinton shared a video of Smith's speech in a tweet, and said, "This took guts. Thank you for not staying silent, Paxton."

Former Democratic Texas Congress member Beto O'Rourke also thanked Smith in a tweet, "for having the courage of your convictions and inspiring Texas with your refusal to accept injustice as the price of participation in civic life."

Right now, abortion bans and restrictions like the one in Texas are sweeping the nation, with one 15-week abortion ban from Mississippi currently being considered by the Supreme Court. And while the struggle for reproductive rights is nothing new in this country, the threat to bodily autonomy has soared in recent years with surges in state-level restrictions, many of which especially target young people.

Smith has said the viral fame of her speech has felt "weird for [her] personally," in an interview with D Magazine, and called on people to vote and "and to stay involved in local elections because those have more power than I think the media gives them credit for."

You can watch Paxton Smith's remarks on the Texas abortion ban, below.