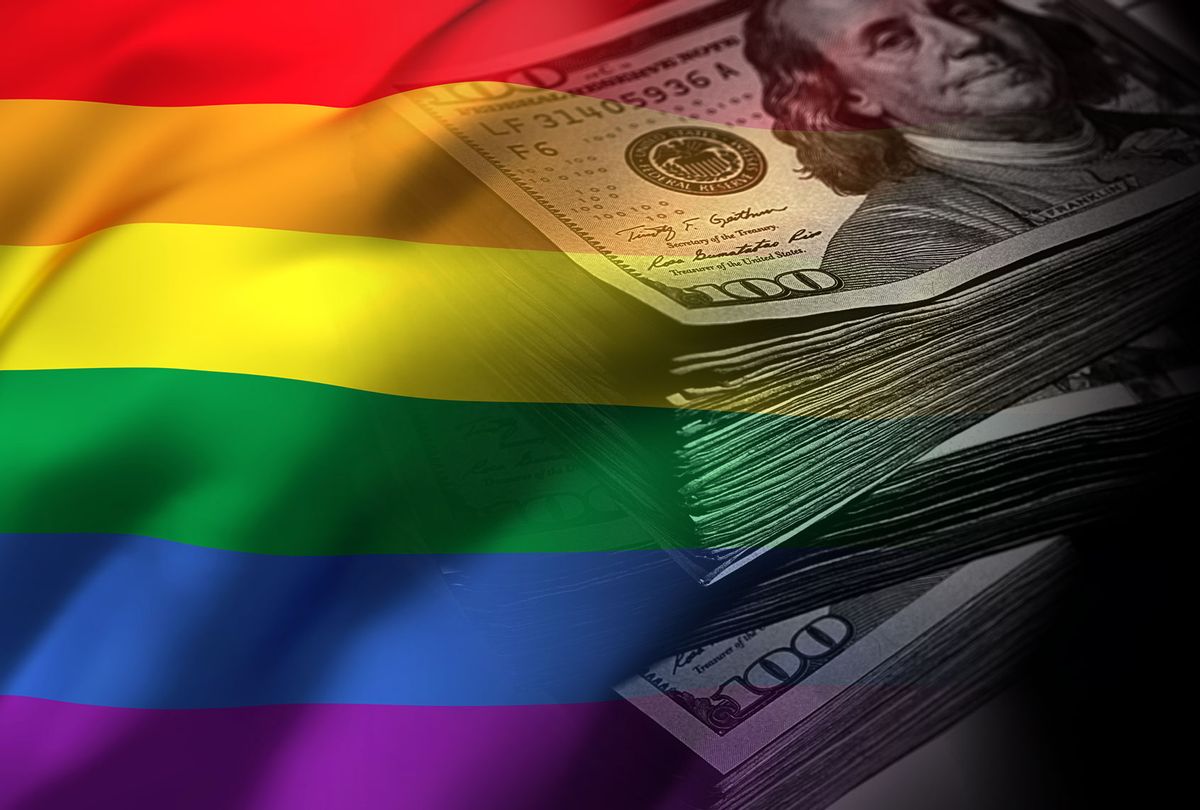 Hardline Christian billionaires are pumping millions of dollars into a national push to block legislation that would make discrimination against LGBTQ+ people illegal in most contexts, in one of "the most sophisticated dark money operations" movement leaders have ever seen, according to the Daily Beast.

At the center of the operation lies the National Christian Foundation (NCF), the sixth-largest charity in America, which has used its wide web of influences to lead an attack against the Equality Act, a landmark civil rights bill that passed the House in February and would impose a federal ban on most forms of discrimination on the basis of sexual orientation or gender identity. Over the past several years, the National Christian Foundation has taken in millions from wealthy people on the Christian right, including the family of former Education Secretary Betsy DeVos, the Anschutz oil network, Chick-fil-A CE) Dan Cathy and the late billionaire investment manager Foster Friess.

Since the early 1980s, around 63,000 nonprofits have received money from the NCF, which has endowed this network with over $11 billion in total.

Back in 2019, Sludge found that from 2015 to 2017, the NCF funneled $56.1 million into various anti-LGBTQ+ and anti-Muslim groups. A 2017 Inside Philanthropy article argued that NCF "is probably the single biggest source of money fueling the pro-life and anti-LGBT movements over the past 15 years."

NCF's financial structure is unusual in that the organization itself doesn't use donations to organize political advocacy campaigns. Rather, it operates as a pass-through vehicle: NCF sets up "donor-advised funds" in which donors may recommend where their money should go. NCF is not obligated to follow those recommendations, however, which allows its donors to receive tax breaks.

"The whole point of the donor-advised fund structure is that the donor can't make the decision — that they can only suggest," a source told the Daily Beast, "but they certainly sell it to donors as, we do what you want with this money."

One of the largest recipients of NCF funding is the Alliance Defending Freedom (ADF), a conservative Christian advocacy group which has in the past supported the criminalization of homosexuality, advocated for state-required sterilization of transgender people and baselessly claimed that members of the LGBTQ+ community are more likely to engage in pedophilia. In 2018, NCF granted the AFD more than $6.5 million to assemble a network of 3,300 "allied attorneys," about 300 of whom were state legislators and state attorneys general, according to a Media Matters report.

Dozens of high-up NCF members are or have been involved in various Christian-aligned foundations, such as the Jesus Fund Foundation or the Christian Heritage Foundation of Steamboat Springs, which have received funding from the NCF. LGBTQ+ leaders told the Daily Beast that these connections effectively allow donors to support the most extreme right-wing agendas without attracting public attention.

"You're actually funding organizations that in Europe are advocating for the forced sterilization of transgender people," a source told the Daily Beast. "They're doing hardcore extreme stuff, but they make it seem like it's a bunch of soup kitchens."

Despite the NCF's broad influence, public sentiment around LGBTQ+ issues could prove a major obstacle to its counterattack. According to a Reuters/Ipsos poll from 2019, nearly half of all American already believe that federal law protects Americans from discrimination on the basis of sexual orientation. A Gallup poll this March found that more than two-thirds of all Americans support the Equality Act, a marked increase from about 50% in 2017.