Telling stories in the dark: How I became a writer

The girl who told ghost stories to our friends in the basement was good. I had to figure out how to do it better 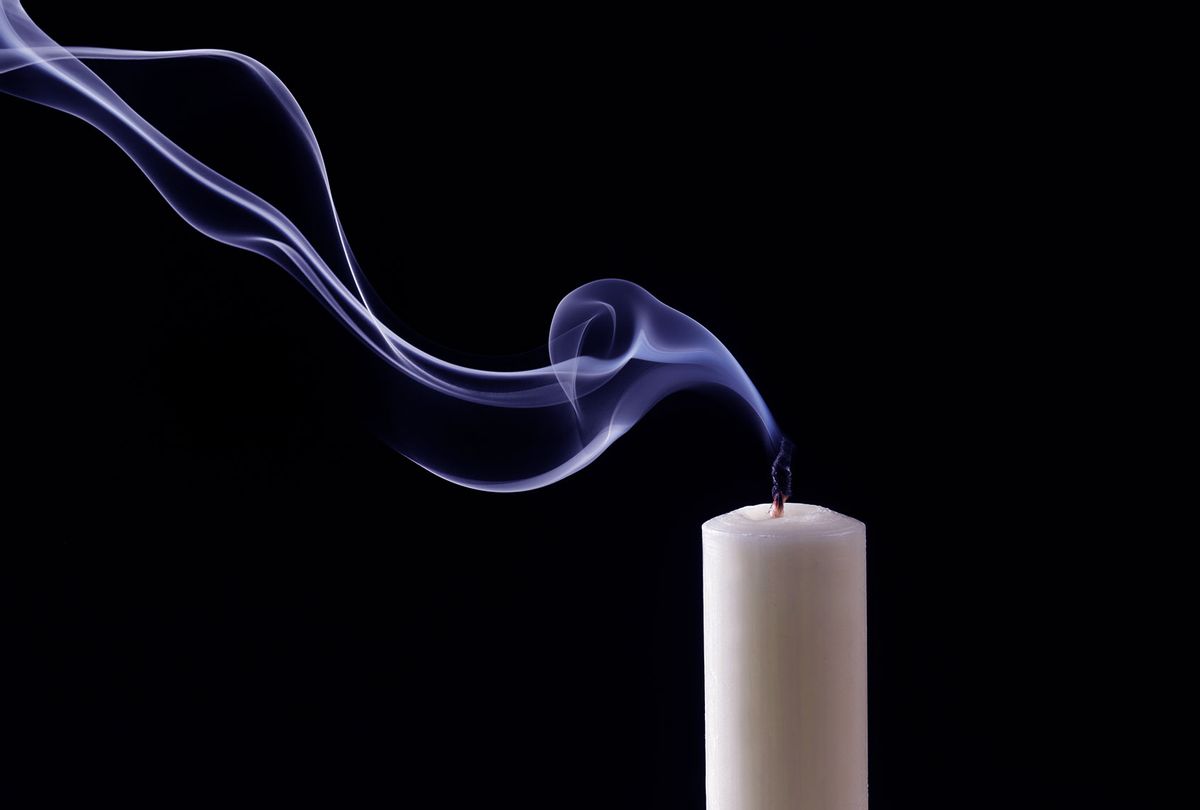 I didn't grow up in the era before television, but I did grow up in a time when not everyone had one. TVs were sufficiently rare that those who had one were known to everyone else. When I was in grade school in the mid-1950s, only one family in our neighborhood of several hundred families had a TV. I remember asking permission on Saturday mornings to go over to their house to watch cartoons. Parental permission had to be granted, as I recall, because neither my mother nor father trusted the things. We didn't have a TV, so they didn't know what was being offered over the then-spotty, interference-filled airwaves. My brother and I assured them that Saturday morning shows were wholesome entertainment — Mickey Mouse, Pinky Lee, Howdy Doody and the like — but they didn't always give the OK to go down a couple of streets to the apartment where the one family with a TV set.

"Don't you have anything else to do?" my mother would ask. "Why don't you go down to the creek and skip rocks or climb a tree? Get some exercise!"

"But Ma, it's going to rain," I would reply, hoping she wouldn't look up from her ironing at the sun blazing outside.

"So read a book with your brother or go over to the Van Houts and tell ghost stories."

See? That's how I became a writer: Telling ghost stories in the Van Houts' windowless basement in the dark. They were a Catholic family and they had eight kids, so even if you subtracted the youngest two who were still in diapers in a bassinet or a playpen, there was a built-in audience. The oldest Van Hout daughter, whose name was Buffy, was an excellent conjurer of scary stories in the dark. Truth be told, I had learned the skill of telling ghost stories from her at our previous duty assignment in Germany, where nobody had a television because there was only one channel, and we didn't understand the language anyway.

While our parents were drinking cocktails or having a dinner party or at a dance at the officers' club, Buffy and I were in charge of babysitting the kids. So with nothing else to do, we would put the youngest to bed and take the rest of them, plus a few others from the neighborhood who had become fans of our little ghost-story fests, down to the basement. We would gather everyone on the floor and light a single candle and put it in the middle of the circle of kids and turn out the lights. Then we would begin.

Buffy was good. She had a real talent for setting the scene of her story, usually in some scary locale like the deep, dark woods or an empty old house, or even a dark basement like the one where we were. She would lower her voice, and she used pauses between phrases and sentences to build suspense, and she somehow always came up with a truly frightening climax to her stories.

There was a competition between us. As I recall, whoever got the most kids to scream, especially if you could get them to cry, was the winner. I remember losing to Buffy a lot. She was so good at the dramatic effects, she easily scared the little kids into crying. But then I had an idea. I told her the little kids were too easy. We made a private agreement that to win, you had to scare the bigger kids, the ones our age or a year or two younger.

Admittedly, I ran something of a con on Buffy, getting her to agree to the new rules, because I had noticed that the bigger kids were getting harder to scare in the most predictable ways. They were less and less inclined to be afraid of a big monster or a terrifying twist at the end. I was gambling that I could scare them with stories that were about utterly normal everyday things in their lives, like going to sleep alone in a dark bedroom, or getting lost, or missing a parent who had gone away on a trip. We were Army kids, so all of us had that in common — our dads were constantly being called out on training maneuvers, or being sent TDY (temporary duty) to a special school for jungle warfare or winter training in Alaska, or even on what was called a "hardship tour" to places like Korea, where wives and children were not allowed to accompany soldiers on assignment.

I began to set my stories right there where we lived, in our duplexes or apartments, or walking home from school, or wandering away from a mother or father at the PX or commissary. I knew it could be just as scary to be lost, to be alone even for a few moments, as it could to face some imaginary monster.

I knew that kids could imagine themselves into terror if you just gave them a start. So I pushed. I would describe a completely ordinary kid's bedroom, and I would leave out the suggestions of dark corners or closets with their doors cracked open. I would tell a story that put a kid in his or her bedroom on a normal night … except for what led up to turning off the light. The scary stuff happened before. You forgot to do your homework. Your teacher gave you a D you hadn't told your parents about. You heard a siren in the distance and you heard someone start a car outside and drive away and then you didn't hear anything at all, just silence. I got pretty good at describing physical sensations like a constricted throat, or night sweats. I'd never had night sweats and I figured none of the other kids had either, but they sounded terrifying. I described the sound of trickling water, then a drip-drip-drip, without saying where it came from. I didn't have to use the word "flood" or "drowned." I knew they would fill in the blanks.

Our fathers were reassigned, so the ghost-story fests came to an end. I remember a few times when I was a teenager being invited over to girls' houses for rec-room parties in the seventh or eighth grade, when all of us would stand or sit around awkwardly, holding desperately onto bottles of Coke and wondering what the hell we were supposed to do. Once I suggested breaking the ice by turning down the lights and promising that I would tell them a story. We were all so unsure of ourselves and it was strange and intriguing enough that they readily agreed. I made sure everyone was sitting together on the floor in a tight circle, just like we used to do at Buffy's, and I began telling a story. It wasn't self-consciously "scary," but like the ones I told before, you didn't know where it was going, and as the mystery deepened, it started to get to them. I saw a couple clutch each other, and then others were holding hands as I spun them into a place where it seemed only togetherness would protect them. It was the girl who gave the party who came up to me a week later at the teen club and thanked me. She and the boy she had cuddled against were going steady. One of the other girls in our circle was giving a rec room party the next weekend. Could I tell another story?

You betcha. I've been telling stories in the dark ever since.