Before the pandemic, they were introverts. Now they aspire to live more extroverted lives

As we emerge from the pandemic, self-identified introverts say they're re-evaluating the social connections in life 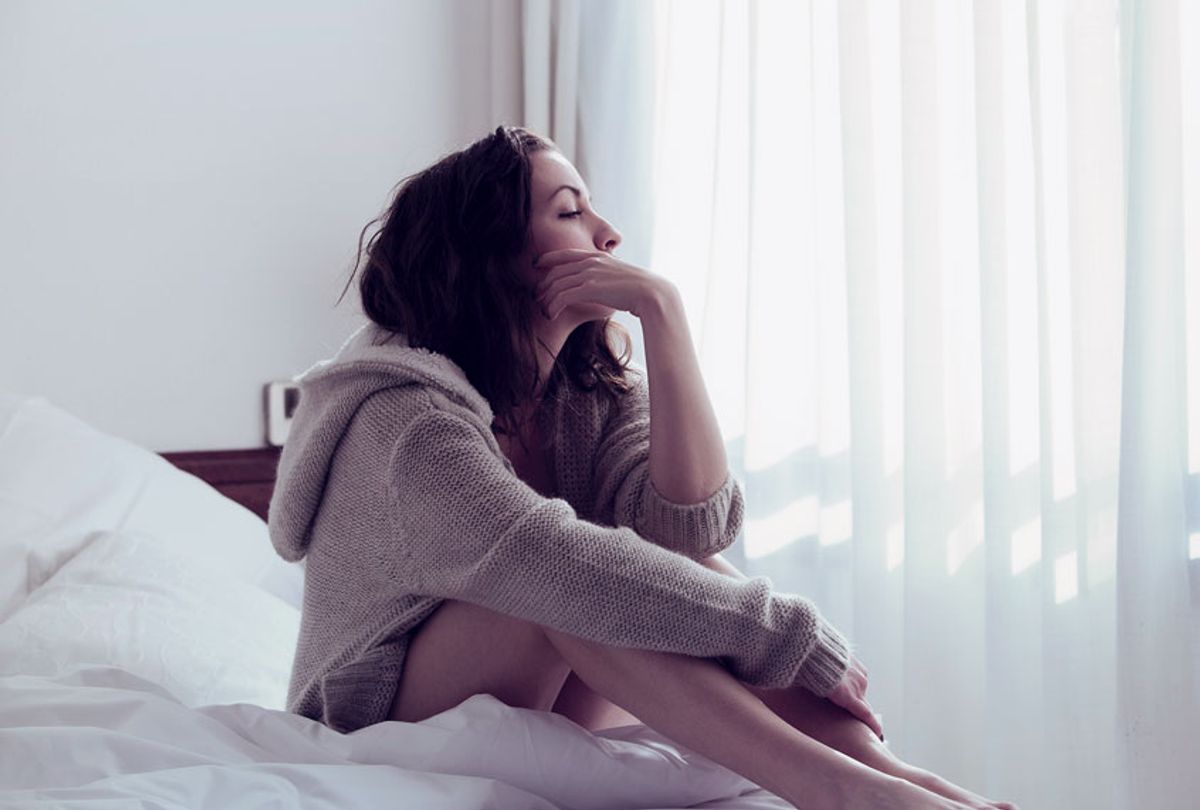 Author Sarah Prince of The Elvish Trilogy has long described herself as a homebody. After all, she chose a career as a writer — not merely because she loves to write, but also because she feels comfortable living a more isolated life.

Or so she thought.

"I never really never felt like I was missing anything by not being out in the world and meeting new people," said Prince. "I was very happy just being at home in front of my computer and just writing all day; that's what I like to do, that's what I always do."

But a few months into the pandemic, and after moving to a new city with her husband, she struggled with a feeling of loneliness she had never felt before. While it was hard to face at the time, Prince says that experiencing this loneliness made her realize something she didn't know about herself, that she does in fact care about having a more "vibrant" social life.

"Loneliness is not an emotion that I've ever thought about or dealt with or experienced at all," Prince said. "I think that the pandemic really has opened my eyes up to like this piece of my life that I never thought that I cared about, or wanted or needed, which is a social group; I'm really looking forward to when the pandemic ends getting out and meeting people and changing this aspect of my life in a more significant way."

Prince added she's as far on the "introvert scale" as one can go, and she doesn't think that will change. Yet she strives to "mimic" the "extrovert way" once she re-emerges from the pandemic.

Like Prince, introverts tend to enjoy alone time. They are more aware of their thoughts, and tend to re-energize in a solitary way. Extroverts are the opposite of introverts — outgoing, enjoying spending time with other people. In pop psychology, the metaphor of a battery is often used: introverts "recharge" their batteries through solitude, and run them down through socializing; with extroverts, it's the opposite. Psychologist Carl Jung was one of the first people to define introversion and extraversion in a psychological context. The ideas were later popularized by psychologist Hans Eysenck.

Since then, psychologists around the world have studied the variations and nuances between the two personality theories. Indeed, there have even been studies into whether or not introverts and extroverts have neurophysiological differences. Some skeptical psychologists believe that categorizing people into binary categories of introvert or extrovert is over-simplistic. Indeed, the notion that personality traits are fixed forever is changing, as new research suggests that experiences and effort can change one's personality.

If our personalities aren't fixed, perhaps the pandemic will lead more self-identified introverts to aspire to extroversion — or, perhaps, vice-versa.

Dr. Therese Rosenblatt, a psychologist and author of  "How Are You? Connection in a Virtual Age" said she's never met someone who's completely an extrovert or introvert. People, Rosenblatt explained, are usually a little bit of both, yet tilt toward one side.

"I'm an extroverted introvert, and other people are introverted extroverts," Rosenblatt said, using herself as an example. "My patients were talking about this as well — that in the enforced isolation, a lot of people discovered that they really enjoyed it."

"I'm not saying everybody, and I'm not saying all aspects of it, but a lot of people, myself included, enjoyed the newfound time alone with themselves," she clarified.

Rosenblatt agreed that she has seen some introvert-leaning clients strive to enliven their social lives once the pandemic ends.

"I do think that a lot of people started to recognize that they need people — you know, people who might have thought, 'oh, socializing can sometimes be exhausting and burdensome,'" Rosenblatt said.  "I think a lot of introverts who are used to recharging on their own, by being alone, realized they need the charge of being with other people, too."

As Rosenblatt mentioned, the reverse was also true for self-described extroverts. Before the pandemic, Cassandra Cotta was the manager of a pilates studio in New York City. She'd work usually 60 hours a week, which included teaching multiple classes a day. This by nature meant she was around hundreds of people a week. She often socialized after work, too.

"I always left my house with a giant bag, because I just didn't know where the day was going to take me," Cotta said. "So I had like, two changes of clothes, just ready to go wherever, and kind of crashed on friends couches whenever and really just spent as little time home as possible."

When the pandemic hit, she experienced deep loneliness. After getting laid off from her job, she started Pilates People, and formed a virtual community of people who love pilates and were also looking to connect during the pandemic. Cotta said she's probably the most "introverted" she's ever been in her life, but she's starting to notice as the country opens up again she's socializing more.

"I need alone time more than I've ever needed alone time, but I am finding that when somebody gets me out, and I'm comfortable, time will disappear — and I'm happy to go do all the other things and be around whoever for longer and longer periods of time," Cotta said. "So I do feel like I'm starting to come out of that and go back to my older personality and my older habits. But there was definitely a shift there."

The shift, and the pandemic, helped Cotta realize what's important in her life.

Cotta added she's read more books in the past year since she has when she was a kid. She prioritizes rest, eating healthily, and generally, taking better care of herself.

"Sleep and rest became more important to me," Cotta said. "All these things that I couldn't have in my old life, they're now part of it. I'm holding myself to the structure that feels best for me, and then fitting everything else in around that."