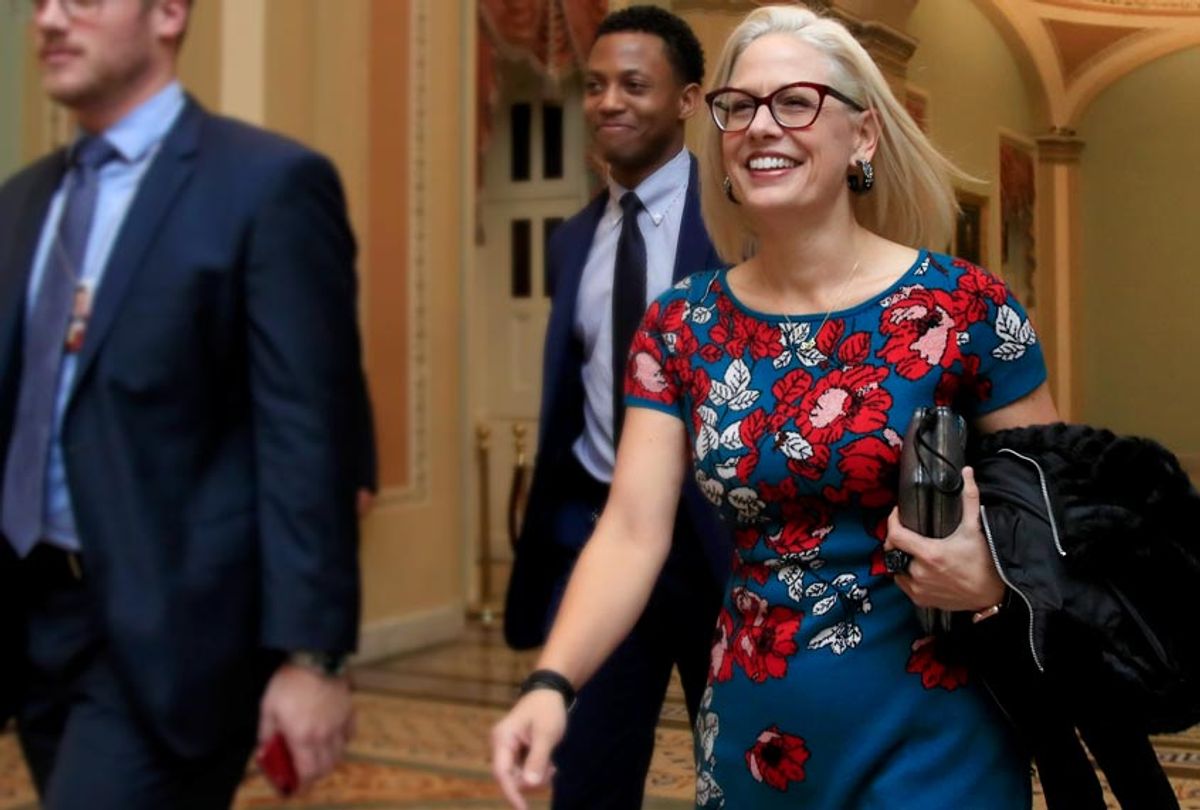 Sen. Kyrsten Sinema (D-Ariz.) is facing a serious ultimatum from one of her biggest state supporters. According to HuffPost, former Arizona Attorney General Grant Woods has now reached his breaking point with Sinema's stance on the filibuster.

Woods, a former Republican who worked on late Sen. John McCain's (R-Ariz.) presidential campaign but switched to the Democratic Party in 2018, endorsed Sinema during her election campaign in 2018. Now, he appears to be concerned about the decision he made to do so.

On Friday, June 4, Woods sounded off as he shared his concerns about Sinema's unwavering support of the filibuster.

"I do think that Sen. Sinema and every senator should support ending the filibuster for the voting rights bill," he said, adding, "To keep the Jim Crow filibuster while losing some of these basic voting rights that are central to our democracy is preposterous."

"Sen. Sinema should know that, so should Sen. Manchin," Woods said, referring to Sen. Joe Manchin (D-W.Va.), who has also been quite vocal about his opposition toward the filibuster's removal. "At the end of the day, I'm very hopeful that they'll come around and do the right thing. But if they don't, then I don't think they belong in the Senate anymore."

Despite the ultimatum, heightened intraparty resistance, and criticism, Sinema has made it clear that she supports the measure. In a public statement released on Friday, the Arizona Democratic lawmaker doubled down on her belief as she works with Republican lawmakers' efforts to preserve the filibuster.

"It is a tool that protects the democracy of our nation," Sinema said Tuesday in Tucson, at an event with Sen. John Cornyn (R-Texas). "Rather than allowing our country to ricochet wildly every two to four years back and forth between policies, the idea of the filibuster was created by those who came before to create comity and to encourage bipartisanship and work together."