You can join Jeff Bezos on his 11-minute space trip for just $2.8 million! 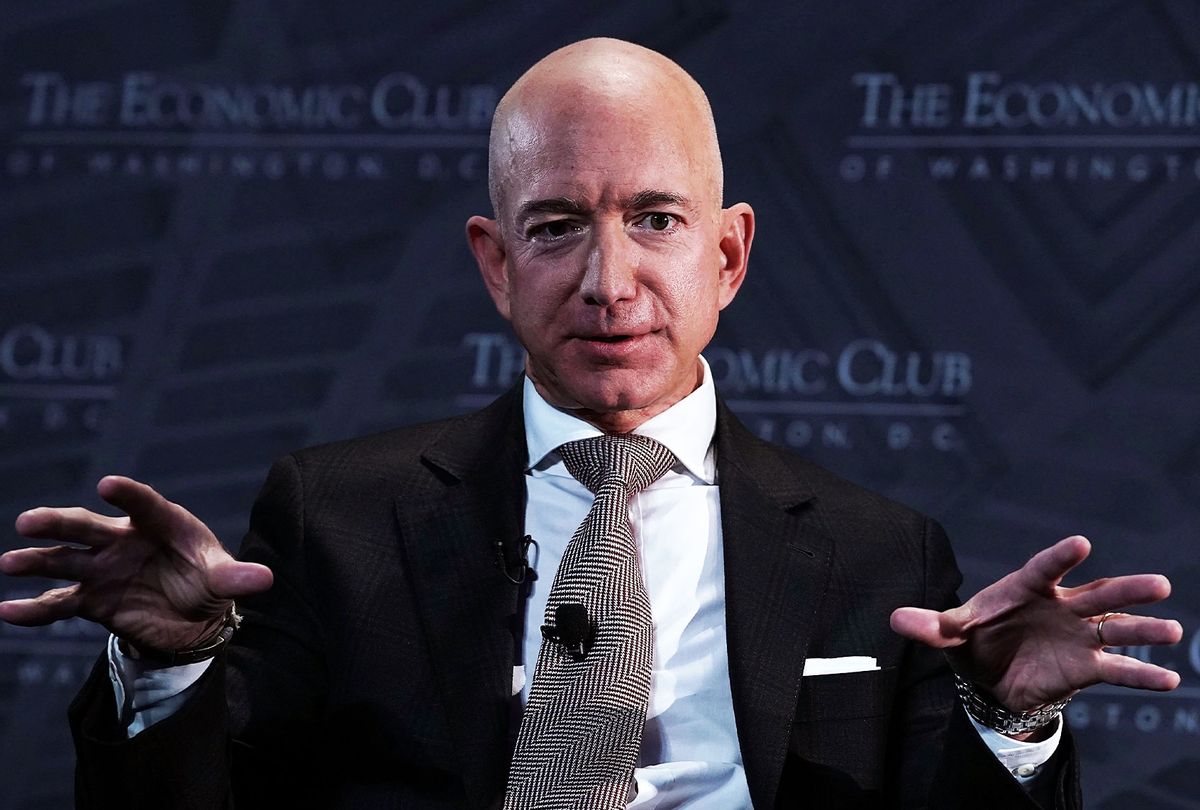 Jeff Bezos is the richest man on the planet — or at least, he is until he leaves this world for a few minutes next month. Bezos will participate in the first passenger flight being made by his space company, Blue Origin, on July 20 to mark the anniversary of the Apollo 11 moon landing.

"To see the Earth from space, it changes you," Bezos said in his video announcement, shared to his social channels on Monday morning. "It changes your relationship with this planet, with humanity. It's one Earth. I want to go on this flight because it's the thing I've wanted to do all my life. It's an adventure. It's a big deal for me." These are certainly some bold observations about life and humanity from someone who has struggled to pay his workers a living wage or offer livable working conditions!

Bezos' given "reason" for going to space is pretty much the same reason rich people do anything — because he wants to. "I want to go on this flight because it's the thing I've wanted to do all my life," Bezos said in the video. The Amazon CEO's brother, Mark Bezos, will also be on board, according to the video.

The space trip next month will reportedly be quite short, totaling just 11 minutes. But those 11 minutes will come for a hefty price tag, as CNBC reports that the going rate for a ticket on the flight with Bezos is up to $2.8 million. Online bidding for the seat alongside Bezos will proceed until June 10. A live auction for it will be held on June 12.

Bezos, of course, isn't the first or only male billionaire with a fascination with space travel. From Elon Musk to Richard Branson, the wealthiest man on Earth follows a long line of exorbitantly wealthy men lusting for space travel. And while, like Bezos, they often package their interest in space as thrill-seeking curiosity, experts have pointed out potential ulterior motives, not the least of which include the opportunity to expand their corporations to space, open more factories for orbital manufacturing, and ultimately, establish a new frontier to exploit workers.

And while billionaires who venture into space, like Bezos, often wax poetic about universal ideals of "human progress," they fail to articulate who, exactly, these zany space adventures are progress for. How will a nearly $3 million trip to space improve the lives of his delivery workers who are being forced to pee in bottles?

As Marshall Auerback has previously written on Bezos' ventures:

Rather than acting in the service of mankind, technology has often been used in a way that creates a momentum of its own that establishes limits or controls what becomes socially possible. It is wrapped in an aura of linear progress and scientific inevitability, conveniently ignoring that its benefits are often skewed most heavily to the power brokers who initiate and champion its use. This is a principle danger of subcontracting space to billionaire plutocrats, whose ambitions and interests might be inconsistent with society's broader public purpose. This is to say nothing of the increasing de-skilling of labor that could follow, if they are not integrated into this process somehow.

Others have pointed out how space travel for billionaires is also a reflection of how the ultra-wealthy will respond to the existential crisis of climate catastrophe, as it becomes more and more inescapable. Climate change has always stood as a distinct racial and economic justice issue, as the most heavily polluted or nearly uninhabitable regions are often home to poor people of color. As the environmental conditions of more and more places begin to worsen and Earth becomes increasingly uninhabitable, those with the means may find refuge in space — Bezos, Musk, and others are already laying the groundwork for this to be possible.

In any case, next month, Bezos will become the first elite billionaire to travel to space on his own rocket — a feat that, as The Cut's Mia Mercado has put it, now essentially means "a celestial pissing contest is imminent."