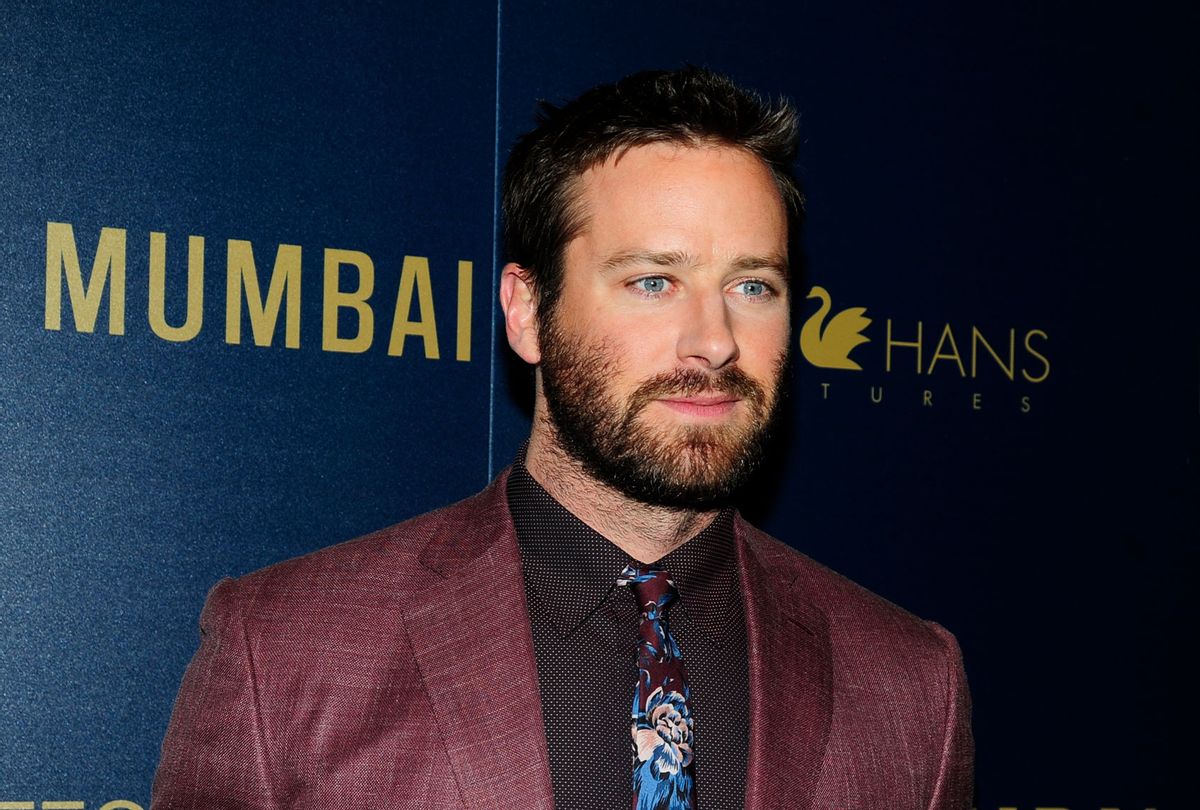 On Tuesday, Vanity Fair reported that disgraced actor Armie Hammer checked into a rehab facility last week for "drug, alcohol, and sex issues." This latest news follows a string of deeply disturbing allegations against the "Call Me By Your Name" actor, which include allegedly raping an ex-girlfriend for "over four hours," grooming and physically abusing several women, and more.

Since the allegations first emerged earlier in this already very long year, Hammer has been dropped by his talent agency and exited projects he was set to star in. And while things have been quiet in recent months, Hammer's decision to check himself into an in-patient facility is already starting to be used as a stunt to rehabilitate the star's image.

"Everyone looks at Armie thinking that he's had some sort of privileged life — and that must mean there were no problems in his youth and everything was peachy keen," a source identified as a close friend of Hammer's reportedly told Vanity Fair. "But that's not necessarily the way things go. Just because you come from an upbringing where financial resources are plentiful doesn't mean life isn't without problems."

This "friend" of Hammer's isn't necessarily wrong to point out people of all social and economic statuses can have their problems, and struggle with their own traumas — apparently, even a grandson of an oil tycoon, like Hammer, doesn't have it all figured out. But that's not the point.

Sure, trauma and mental health struggles and anything else Hammer may be privately dealing with, can impact our relationships and how we treat others. But this can't be framed as a way to absolve a person accused of rape and physical and emotional abuse toward several alleged victims.

We encounter some variant of this trope all the time, in (male-written) movies and television, and in this case, in real life — men's violent and abusive behavior toward women written off as a byproduct of their inner demons. Abusive men struggling with their own personal problems become the sympathetic protagonists — the real victims — while the women they hurt are relegated to collateral damage.

In any case, sure, Hammer's friend is right that everyone can have life or mental health problems, but you don't see many if not most doing what he has been accused of. Someone struggling with mental illness, after all, is more likely to be the victim than perpetrator of violence. There's no excuse for the irreparable harm and trauma Hammer has been accused of inflicting — not even "drug, alcohol, and sex issues."