Herbal teas give me an anxiety-free boost. Here are my five favorites

As invigorating as an espresso, without the caffeine-inducing crash 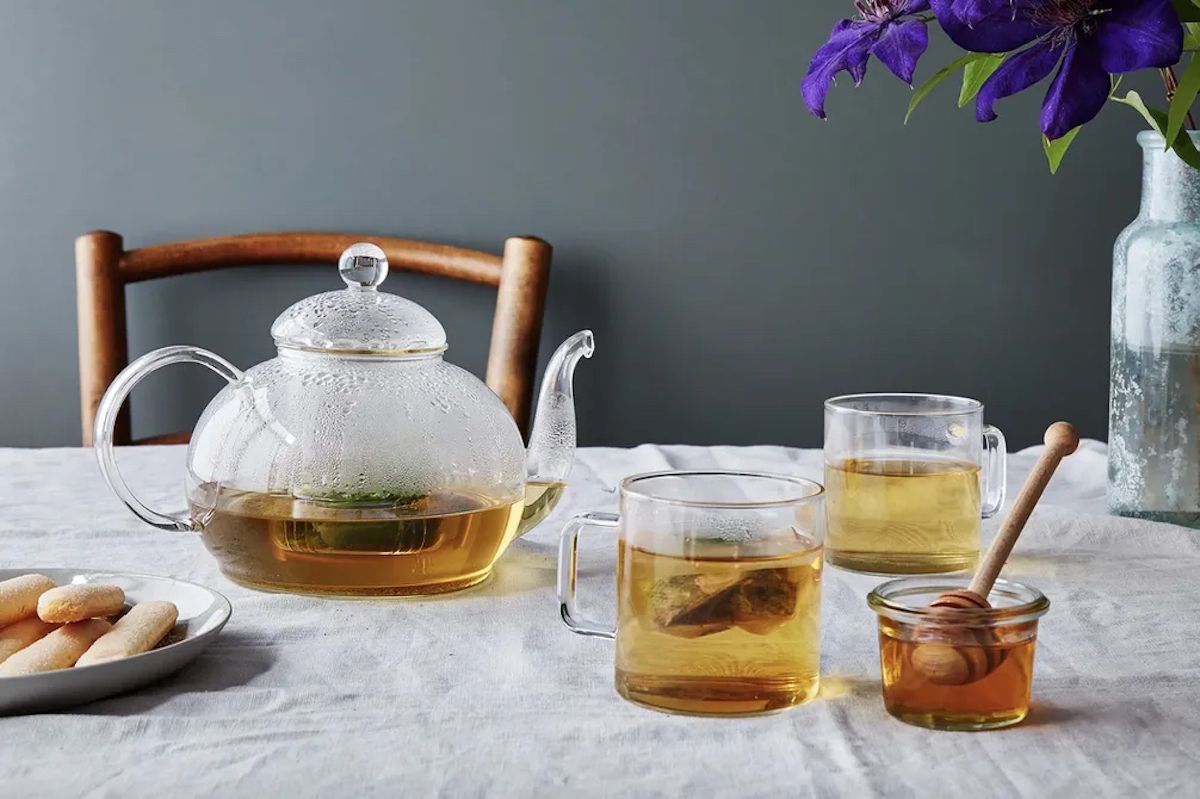 It's easy for some people to write off herbal tea as a wimpy alternative to the caffeinated stuff. Of course, even caffeinated tea has been called a weak replacement for coffee, though we know that's not at all the case. My point is: Herbal tea can be vitalizing in its own way.

I'm an anxious person in general, and have become even more so throughout the pandemic. While my morning caffeine is nonnegotiable, when I try to throw in an afternoon cup, my body reacts swiftly and unfavorably. Once I began incorporating herbal teas into my routine, I found that they gave me the boost I'd been looking for, albeit not a caffeinated one. I make a pot of smoothing chamomile tea with oat milk and honey as a sub for an afternoon cup of jitter-inducing coffee (the pastry on the side is, of course, nonnegotiable). A cup of peppermint tea after a meal has a similar invigorating quality as an espresso (without, of course, the caffeine hit), plus it has some amaro-like vibes, thanks to its vegetal notes woven with menthol and a bit of bitterness. Smoky-sweet rooibos tea is even being used by some nonalcoholic drink creators, like the Digesteaf cocktail in Julia Bainbridge's "Good Drinks," which features an "amaro" concentrate from Steven Smith Teamaker, a blend of dried roots, flowers, and rooibos tea leaves. "With almost every sip, it morphs from bitter to sweet and then back again," writes Bainbridge of the brew.

Herbal teas, often called "tisanes," are beverages that are brewed similarly to tea, but are not from Camellia sinensis, the plant that green, black, and white teas all come from. Some of the more common varieties of herbal teas include chamomile, ginger, peppermint, and rooibos. Unlike green or black teas, which can turn bitter or tannic past their recommended steep time, it's hard to over-steep herbal tea. Try steeping for the amount of time that the box or bag recommends, then give it a taste. If you'd prefer a more concentrated flavor, just keep steeping.

Like true tea, herbal tea is always fresher and more flavorful when it's brewed from larger pieces of the plant — or as tea people say, from "loose-leaf" — rather than being brewed from bags filled with the pulverized plant. You'll generally want a tablespoon of tisane for every cup of hot water. If you'd prefer your tea iced, you'll generally want to brew it for a couple minutes longer than you would otherwise, then pour the brew over ice.

Here are 5 herbal teas that can be added into your daily routine. (Of course, if you plan on drinking any on a truly daily basis, it can't hurt to consult with an herbalist or doctor to ensure they won't interfere with any pre-existing conditions or medications you may be taking.)

Susan Staley, herbalist at Railyard Apothecary and founder of the tea subscription service Standing Land, finds nettle compelling. It's "a very yummy sort of mineral-rich green, vegetal-tasting tea," that's both nutritious and fortifying. It's said to reduce inflammation, normalize blood sugar, and protect the liver from damage. Nettle in particular benefits from a nice long steep. Staley even recommends leaving it covered overnight on the counter to steep, then drinking it first thing in the morning, either at room temperature or reheated, if you'd like. I love this steeping method for nettle tea — it has the same virtuous-yet-pleasurable vibes as a green smoothie, but is somehow even easier to prepare. Railyard's nettle leaf seems fresher than others I've found, and it smells grassy and lush.

If you like the idea of a floral tisane but find the flavors of lavender and jasmine a tad soapy, try chrysanthemum. An herb commonly used in Traditional Chinese Medicine for high blood pressure and respiratory issues, chrysanthemum has sort of a woodsy, chamomile-like flavor and is great hot or iced. I love sipping it iced when reading or picnicking in the park. The buds in our pick from Amazon are from a farm in Zhejiang Province that's certified organic in China, although not yet in the U.S.

There are many varieties of tulsi out there, with a range of flavor profiles. Staley calls Organic India, the most common tulsi tea brand, a "really nice" option that features a blend of three different varieties, called Krishna, Rama, and Vana. One variety called Kapoor, found commonly in northeastern India, has what Staley calls a "sweet, bubble gum, spicy, clove-y flavor." Native to India, tulsi has uplifting, calming properties. I would happily sub it in for a post-work glass of wine on a stressful day. You could even make it into a non-boozy frozen drink.

You've likely had ginger tea before, especially when you were sick. It's pretty easy to find in store-bought blends meant to soothe colds or sore throats. Technically, ginger is a root (not a leaf or flower like the other herbal teas in this list), though it's often dried and used as tea or added to tea blends.

If you've only had dried ginger tea bags, or even brewed tea with pieces of dried ginger, though, a brew made from fresh ginger will be a different experience. It's spicier, fruitier — almost floral. I think because ginger is a tummy-soother, we think of it as grandmotherly, or to be reserved for when you're feeling under the weather, but fresh ginger tea is downright sexy — I find the warming feeling after drinking a cup similar to that burst of endorphins that following a great cardio workout.

Buy the root from your grocery store, rinse it (then there's no need to peel!), then slice it into rounds. Boil water in a saucepan — about a cup of water per inch of fresh ginger — then throw in the ginger and reduce the heat. Simmer for 5 to 10 minutes, then strain. Mix in a spoonful of honey to tame the intensity. If you can find a knob of fresh turmeric, rinse and slice it the same way, and add it to this mixture before simmering to round out the tea's flavor and add fruitiness.

Technically part of the mint family, lemon balm is bright and refreshing, yet calming, too. As a child of the '90s, I find its aroma eerily similar to Froot Loops, and thus love brewing a cup when I'm craving a sugary snack. Lemon balm is usually sold on its own, but for an extra-lemony kick, throw in some lemongrass or lemon peel as a DIY tea blend.