The latest greenwashing scam tries to rebrand hydrocarbons as carbon-neutral 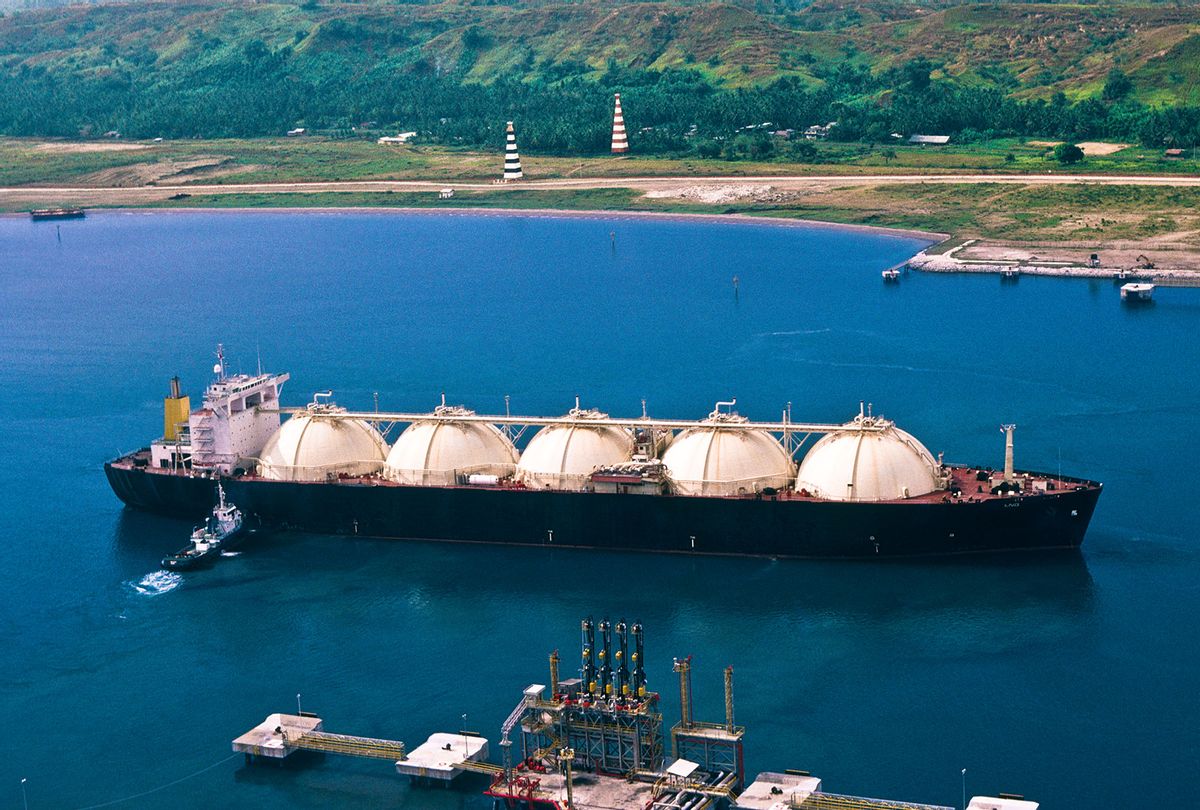 The fossil fuel giant Shell — which doesn't want you to think of them as an oil company — recently announced a special shipment of fracked gas to Europe. There's nothing inherently unique about the liquified natural gas (LNG) business, but the company — along with the supplier Cheniere — want you to think of this liquified natural gas delivery as different: this shipment of gas was deemed "carbon neutral." This isn't the only instance of this happening; earlier this year, Occidental Petroleum sold a shipload of crude oil it, too, deemed 100 percent "carbon neutral."

How exactly does a massive shipment of crude oil, or fossil gas fracked in the United States and shipped across the Atlantic, manage to get a "carbon neutral" label? The greenhouse gas emissions associated with this drilling is not absorbed or erased. They are zeroed out on paper, thanks to an accounting trick: Using credits from carbon offsets.

These emissions illusions are key components to corporate climate pledges. Fortune 500 companies, including many fossil fuel polluters, have raced out to announce "net zero" commitments, often accompanied by slick self-congratulatory advertising. But these schemes are more often about image management than pollution reduction; Shell, after all, plans to grow its fossil fuel business while making "net zero" promises.

Shell's "carbon neutral" LNG is an instructive case. Where do these "credits" come from, exactly? Shell's website of "nature based" credits lists one project in the United States: The GreenTrees initiative, a reforestation project in Louisiana that claims to have protected 120,000 acres and planted over 40 million trees. But a recent investigation found that it was paying landowners to do things they had already done on their own — like planting trees or simply not cutting down existing ones — while creating carbon credits to sell to companies like Shell, Duke Energy and Microsoft.

This is par for the course. One multimillion-dollar offsets program touts its role protecting threatened trees, but much of it is based on selling credits for trees that were in no danger. An investigation into a major aviation emissions offsets program found a range of similar problems. And a deep look at California's multi-billion dollar forest offsets program found millions of "ghost credits," purchased by polluters to enable them to continue spewing carbon into the atmosphere.

A meaningful, effective offsets program would need to result in verifiable emissions-reducing actions that would not have happened otherwise (what's called "additionality" in policy circles). But it's not clear this is possible; the programs being critically scrutinized have been certified by so-called "independent" auditors.

While it's bad that corporations are faking it when it comes to climate action, the more profound danger is that these programs are actually increasing emissions in the real world — while corporations and government regulators point to spreadsheets that show progress.

Truly effective climate action would require direct emissions reductions at the source. Even the normally cautious, industry-friendly International Energy Agency admitted as much in its recent report, which drew banner headlines because it spoke an inescapable truth: confronting climate chaos means we must stop drilling and fracking now. But corporate polluters, along with politicians and even environmental organizations, favor the creation of complex credit markets, based on the misguided notion that direct regulation of pollution is too onerous and prescriptive.

These are not just theoretical concerns. The Biden administration is expected to unveil a Clean Electricity Standard designed to create a carbon-free power goal by 2035. But if that standard rests on credits and offsets, or on empty promises that gas-fired power plants can be equipped with "carbon capture" technology, we will fail. Creative accounting cannot rescue us from the climate catastrophe.

There is an alternative: A bona fide renewable energy standard, based on clear regulations, that requires a rapid shift away from burning fossil fuels. Renewable portfolio standards have been among our most effective means of reducing localized pollution and climate emissions. These proven success stories must be emulated and expanded nationally. We have no time not to embrace the most effective method to reign in the urgent threat posed by our climate crisis.