"Happy to correct you": Joy Behar confronts Meghan McCain on "The View"

"I apologize. You're correct," McCain admitted to her co-host 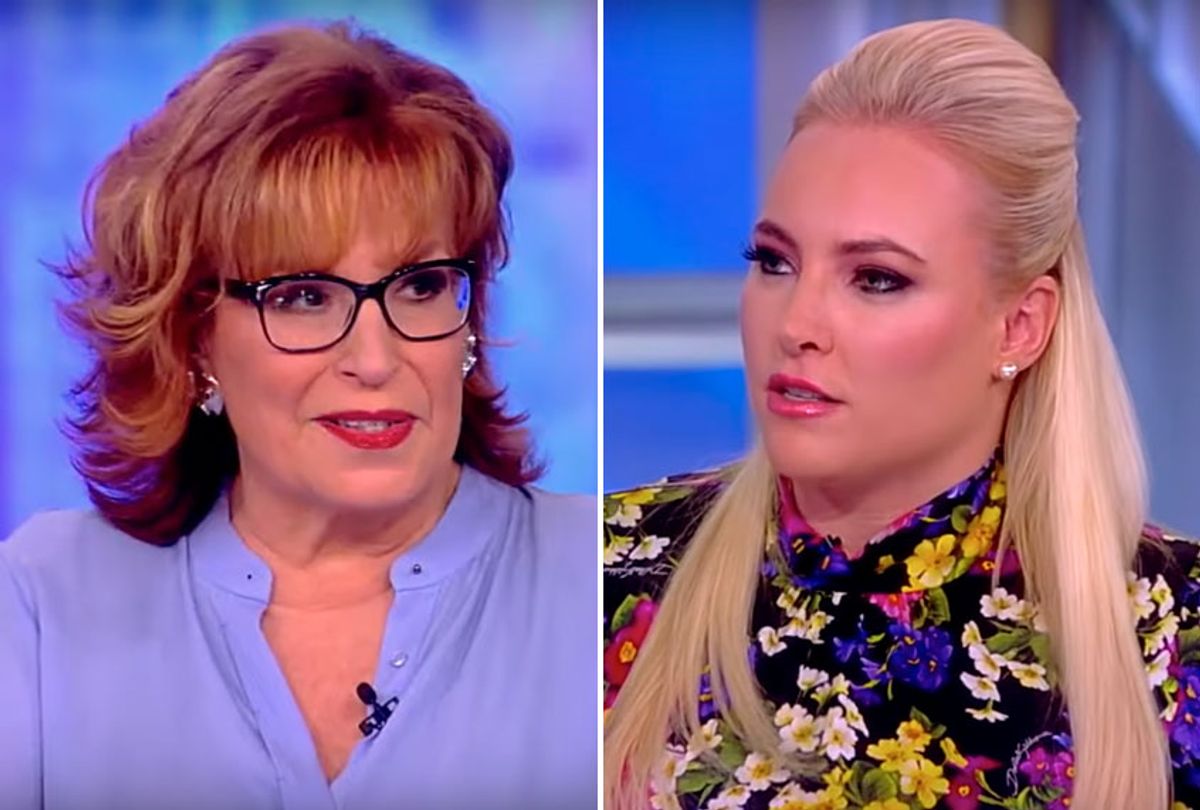 As President Joe Biden meets with Vladimir Putin in Geneva after the G7 summit, Meghan McCain slammed the decision. On Wednesday morning's episode of "The View," McCain cited Putin's crimes against humanity in Russia and Biden's decision not to sanction the Nord Stream pipeline as reasons he should not be meeting with Putin.

"The meeting for me is almost pointless because President Biden already signaled in May when he withheld the sanctions Nord Stream pipeline, from Germany to Russia, where Russia already has complete control over natural gases," McCain said. "They're going to have control over oil and gas in most of the EU."

Of course, former President Donald Trump met with Putin several times while in office and had over a dozen private conversations with him.

In her tirade, McCain also cited Russia's treatment of Alexei Navalny as a reason Biden shouldn't pay him a visit. She went on to say this is a reason to remove Russia from the G7 summit, which it is currently not a part of. — a point co-host Joy Behar was quick to note. It created an awkward moment as McCain quickly interrupted her to cover up the error.

"Sorry, that was my mistake, Joy," McCain interjected. "I'm very sick. I apologize. You're correct."

In response to the faux pas, Behar shot back: "That's fine. I am happy to correct you."

McCain also continued to state that the situation in Russia is like "a coup," and how many members of Congress, across both aisles, are against the Biden-Putin summit.

After the 90-minute meeting with Biden, in a press conference with reporters, stating that Both countries' foreign ambassadors will be returned to their posts, effective immediately. Putin said, despite their differing opinions on various issues, and deflecting the blame when asked about cyber security threats to the United States, he said, "The talks were quite constructive."