Meghan McCain slams Biden over abortion: He will "talk to his creator" about "deep spiritual harm" 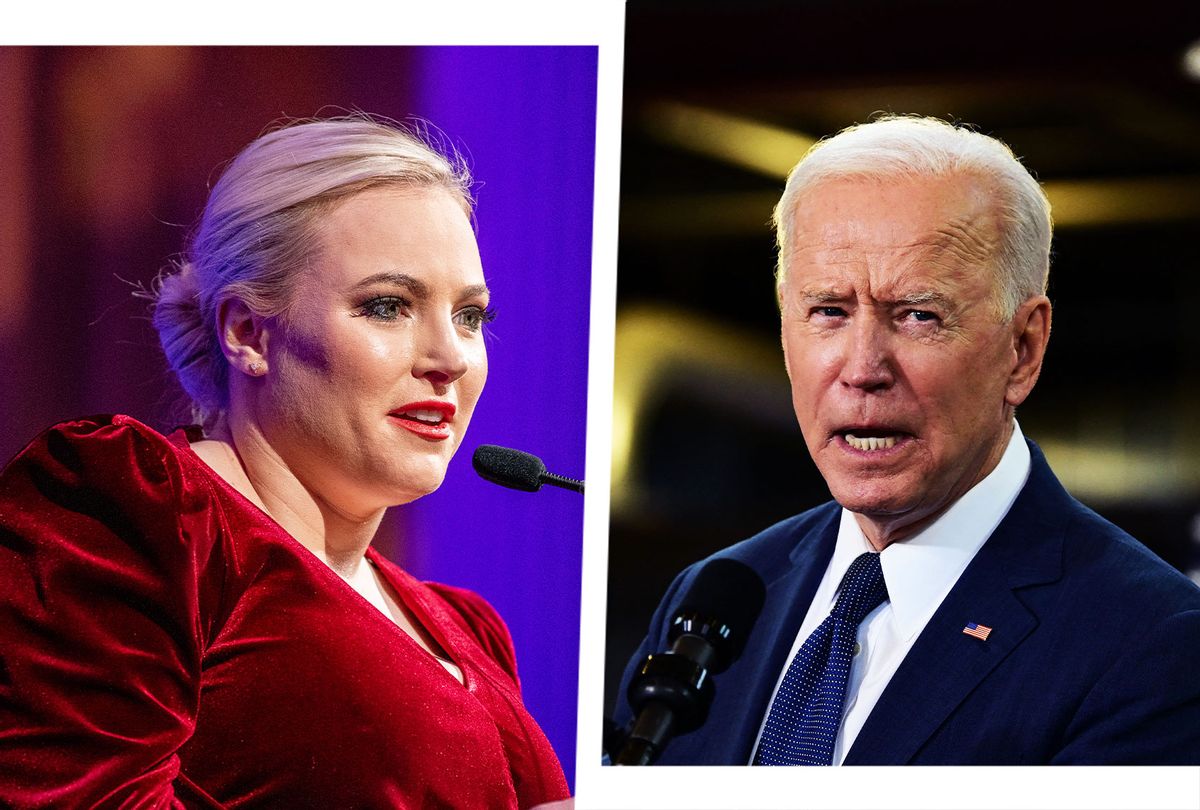 The Roman Catholic bishops of the United States voted to make a statement on the sacrament of the Eucharist on Monday, preventing President Biden from taking communion due to his stance on abortion. On Monday's episode of ABC's "The View," co-host Meghan McCain applauded the move because "Abortion is a cardinal sin that can do deep spiritual harm to you."

Biden, McCain argued, will "talk to his creator" in the end. McCain said that Biden supported the Hyde Amendment until 2019, which was first approved by Congress in the 1970s, when Biden was a freshman senator, "when he decided to run for president." The law prohibits the use of Medicare dollars for abortions. When he was vice president, Biden used the Hyde Amendment to help get the Affordable Care Act passed. The House then approved the Hyde Amendment in 2017 to become a permanent piece of legislation, but it never passed the Senate.

"I remember when it happened having a conversation with a friend of mine who was close to him saying, 'for me, this is a deep paradigm shift for how I view President Biden,'" said McCain.

Not everyone on the show has such a dark view of the president. Sarah Haines believes church and state should remain separate and that people should not be "politicizing" communion.

"The sacrament is such an individual choice when you go into your church and for President Biden, who in that moment is just Joe Biden going to his church and taking in that moment to honor his beliefs, that should not be weaponized against him," Haines said. "That should be between him, his church, and his god. And that is so personal, deeply personal."

Haines continued to highlight the dangers of an intertwined church and state and how this should be alarming to people living in the United States. McCain said that the Catholic Church has denied and revoked a couple public officials their communion in the past, citing John F. Kennedy and Andrew Cuomo.

"He's walking a very fine line here and ultimately all of these issues here are literally life and death for catholics, for devout christians, and he's going to have to talk to his creator when the time comes, as we all do, and reconcile his politics with his personal faith," McCain said. "I believe he is doing grave spiritual harm to himself and this country."