Trump tried to get Justice Department to stop "SNL" and "Jimmy Kimmel Live" from mocking him: rpt

So much for gross government overreach 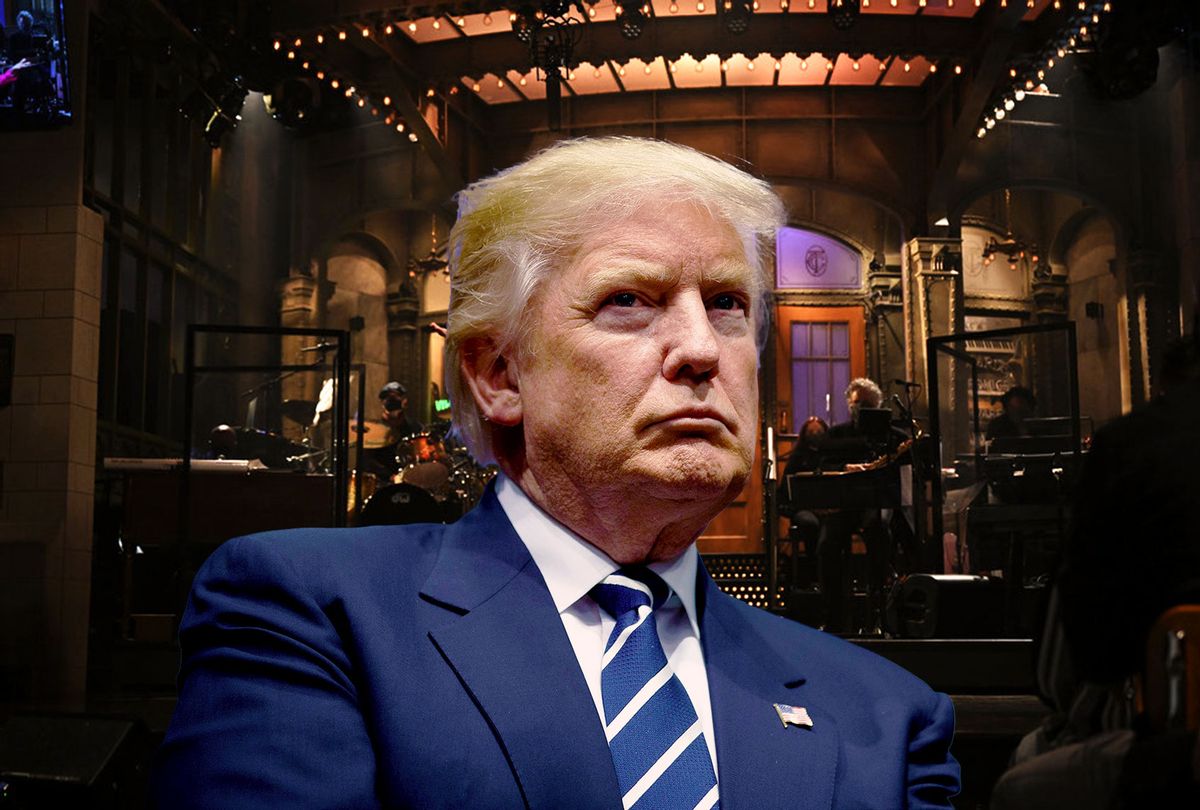 Donald Trump reportedly urged his Justice Department to open a probe into Saturday Night Live, the left-leaning comedy sketch show, over its satirical treatment of the former president back in 2019, citing the show's apparent failure to poke fun at "the other side."

According to The Daily Beast, which spoke with two inside sources on the matter, Trump's crusade against the show was set off back in March 2019, when he saw a rerun that featured a skit depicting what Trump's life would have been like had he lost the 2016 election.

Trump, immediately incensed by the show's portrayal, took to then-active Twitter to air out his grievances. "It's truly incredible that shows like Saturday Night Live, not funny/no talent, can spend all of their time knocking the same person (me), over & Over, without so much of a mention of 'the other side,'" the former president wrote. "Like an advertisement without consequences. Same with Late Night Shows."

Trump furthermore suggested that the Federal Communications Commission should formally "look into this."

But Trump's ire did not stop at mere rhetoric, according to the Beast, which found that the former president had in fact consulted various officials and legal advisers on the matter, inquiring them on what could be done to stamp out any more unfavorable portrayals. The inquiry – which made its way to the FCC, the DOJ, and a number of courts – took aim at not only SNL but Jimmy Kimmel and other late-night segments to boot.

"It was more annoying than alarming, to be honest with you," one source told the Beast.

Trump reportedly felt that the FCC's "equal-time" rules – which require broadcast news media to provide roughly equal coverage for every political candidate running for a particular position in office – would provide a legal basis to crack down on SNL for disproportionately lampooning him. The former president, however, had to be told that these rules do not apply to SNL, given its designation as a comedy show.

"Can something else be done about it?" Trump reportedly pressed, according to another source interviewed by the Beast. The source responded that they'd "look into it," though they later told the Beast that no such effort had ever been made.

Paul Matzko, a scholar on technology policy at the Cato Institute, told the Beast that Trump had likely confused equal-time rules with the Fairness Doctrine, a federal policy now defunct as of 1987 that previously forced broadcasters to provide opposing perspectives on controversial political issues.

The revelations about SNL come as new reports show that Trump tried to wield the DOJ to his advantage in more sinister ways, namely by attempting to overturn the 2020 election. As Salon reported last week, Trump and his allies pressured numerous DOJ officials to open probes into baseless allegations of election fraud in various swing states like Georgia. The DOJ by and large resisted the former president's attempts to exhume the election results, disputing claims of systematic voter fraud throughout the country.