Charges may be near for Roger Stone over Jan. 6 Capitol riot, legal expert says 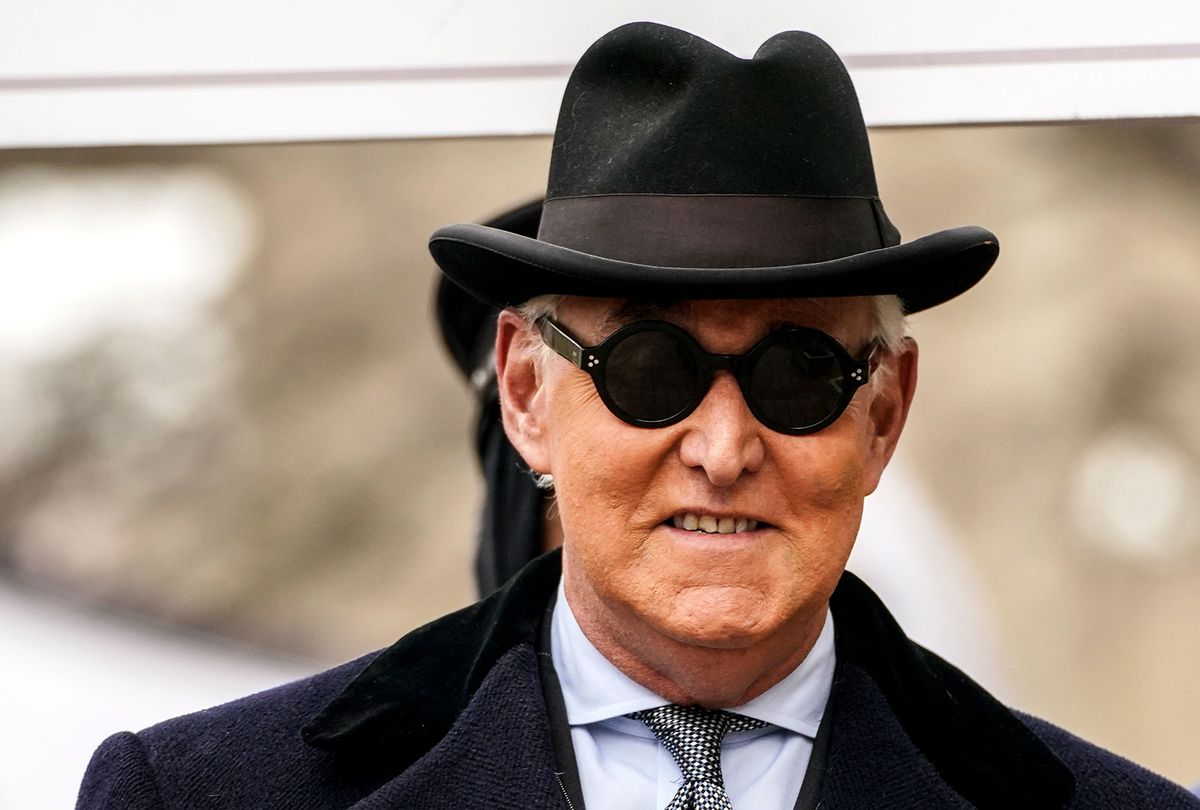 Longtime Republican operative Roger Stone, who allegedly owes nearly $2 million in back taxes, is reportedly still on the Justice Department's radar for his purported role in organizing the Jan. 6 Capitol riot.

Alongside right-wing conspiracy theorist Alex Jones, Stone is now being investigated by federal prosecutors over his role in organizing and inciting the attempted Jan. 6 insurrection — an allegation he refutes.

News that was previously reported by The Washington Post near the end of February found new life on Twitter early this week when former United States Attorney-turned-Los Angeles Times legal affairs columnist Harry Litman tweeted, "Just wouldn't be a real scandal and outrage without the presence of, you guessed it, Roger Stone, whom DOJ now investigating for his role in 1/6 insurrection."

Litman followed up his statement Monday on MSNBC, where he discussed the ongoing DOJ investigations into Stone and Jones.

"I think they are leaving no stone unturned to kind of portray and determine the color of what happened here," he said. "Were the insurrectionists influenced by staff, members of Congress, Trump loyalists like Roger Stone and Alex Jones?"

While Jones and Stone didn't actually enter the Capitol building themselves, according to footage circulating online, Litman said investigators could be looking into whether the provocateurs incited Trump superfans ahead of the deadly events that day.

"They were not just there. They made really incendiary comments and, look, we already do have a conspiracy," he said. "Nine people have been charged, so anyone, including Stone, Jones, [Ali] Alexander who adopted that unlawful purpose and did any overt act would be guilty of conspiracy.

"In the case of a Stone, we know from previous conduct that the [Justice] Department isn't spoiling generally to go after him and former Trump people, but the paramount goal here is to really leave, forgive the expression, no stone unturned with respect to Jan. 6."

The longtime Republican strategist strongly dienes any wrongdoing stemming from the events that day.

"I have no involvement whatsoever in the illegal events of Jan. 6," Stone told Salon Monday night.

Litman finished his segment on MSNBC by speculating that charges could be in the pipeline for Stone and Jones over the radicalization of their followers. "Could it progress to potential charges? You bet," he said.

In a Tuesday afternoon appearance on the right-wing cable network Newsmax, Stone hinted at the U.S. Secret Service possibly being behind the Capitol riot carried out by Trump supporters — while also giving air to the baseless theory that the FBI was behind the attempted insurrection. "The Secret Service does not do political chores. [They] do not perform logistical tasks. I find it rather suspicious," Stone said.