Globe-spanning geological events seem to follow a pattern. Here's when we are due for the next one 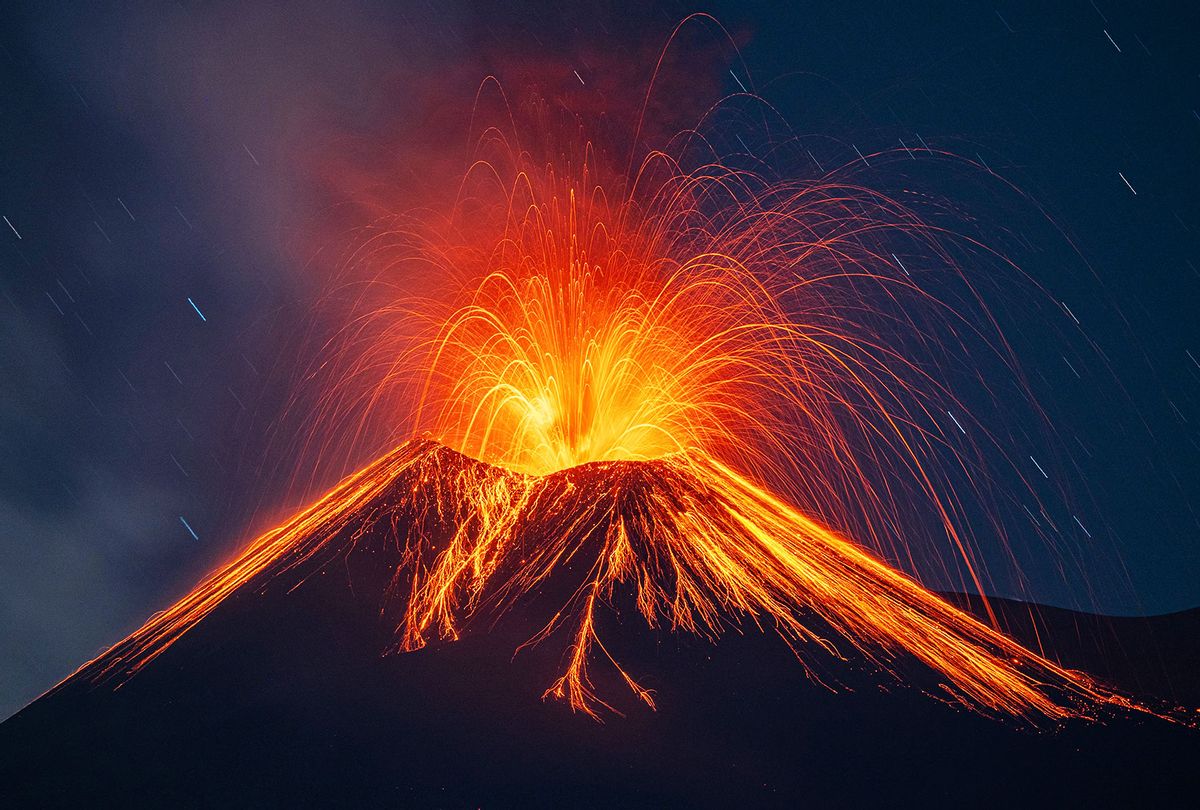 It's a question geologists have long asked, but one that's been difficult to answer because scientists often don't know precisely when specific geologic events happened in the past. Thanks to improvements in radio-isotopic dating techniques, which are used to date rocks and carbon, the barriers to age-dating geologic events are becoming less of an obstacle. Now, according to a new study published in Geoscience Frontiers, evidence suggests that events like volcanoes, plate reorganizations, sea levels rising — in other words, the geological events known to cause mass extinctions — follow a 27.5 million year cycle.

"Many geologists believe that geological events are random over time," said Michael Rampino, a New York University geologist and the study's lead author. "But our study provides statistical evidence for a common cycle, suggesting that these geologic events are correlated and not random."

In the study, Rampino and his colleagues conducted a new analysis of 89 well-known geological events from the past 260 million years.

"These events include times of marine and non-marine extinctions, major ocean-anoxic events, continental flood-basalt eruptions, sea-level fluctuations, global pulses of intraplate magmatism, and times of changes in seafloor-spreading rates and plate reorganizations," the researchers wrote in the paper. "Our results suggest that global geologic events are generally correlated, and seem to come in pulses with an underlying ~27.5-million-year cycle."

In a phone interview, Rampino analogized these kinds of huge geological changes to a heartbeat — as if Earth has a "pulse," and these events are part of that pulse. Put that way, Earth has a 27.5 million year heartbeat.

"They all seem to be beating to the same cycle," Rampino said. He noted that in the early 20th century, some geologists suspected this was the case, but the idea wasn't taken seriously. "These ideas were not popular, and they were sort of pushed to the side because there was no good, accurate dating of geological events back then."

Rampino said he and his colleagues used the most recent and accurate dates to do a formal statistical analysis and identify any periodicity. There was never a guarantee that a particular pattern would surface. But one did.

Ken Caldeira, an atmospheric scientist at the Carnegie Institution for Science's Department of Global Ecology, calculated the statistics for Rampino. Caldeira told Salon he started out skeptical, but is now closer to believing that Earth operates on a 27.5 million year pulse.

"For me, the periodicity is still a hypothesis to be tested, and that we have been trying to test," he said via email. Caldeira said that he has a few concerns; first, "could there be some bias: If two events are close together, might they be counted as one event? If two events are far apart, might people look for some other event to fill the gap? Could this introduce a bias that would have a quasi-regular occurrence of events?"

His second concern is that they are testing the "likelihood of getting a period of 27.5 million years."

"This kind of periodicity has been showing up in enough different records to make me think it is not random and there is a causal explanation," said Caldeira via email. "The question is whether the causal explanation is something about our planet, solar system or galaxy, or something about human psychology and the construction of lists of events."

The analysis raises the obvious question: if true, could knowing about this cycle help us better understand when another geological catastrophe is due?

"The last time we see a pulse like this in the geologic record was about 7 to 10 million years ago," Rampino said. "If this follows what's happened in the past, I would say that the next pulse of activity would be 15 or 20 million years in the future."

But that's just a rough estimate.

"I guess what we would tend to see is an increase in geologic activity that's related to extinctions as it appears to be, then we probably could see a mass extinction sometime around that time in the future," Rampino said. "But you can't say exactly this year there'll be an extinction, but you can sort of think about when the geological activity should increase."

Rampino said he'd like to extend the timescale to further investigate this pulse, and get a better understanding of the cause of previous mass extinction events.

Notably, this isn't the first time researchers have identified some sort of cycle to predict an extinction. Previously, astrophysicists hypothesized that periodic comet showers occur in the Solar System every 26 to 30 million years, producing periodic impacts that resulted in mass extinctions. Rampino believes that the astrophysical and geological cycles could be connected.

"There are certainly possible physical connections between astrophysical cycles and cycles of the Earth's activity," Rampino said.