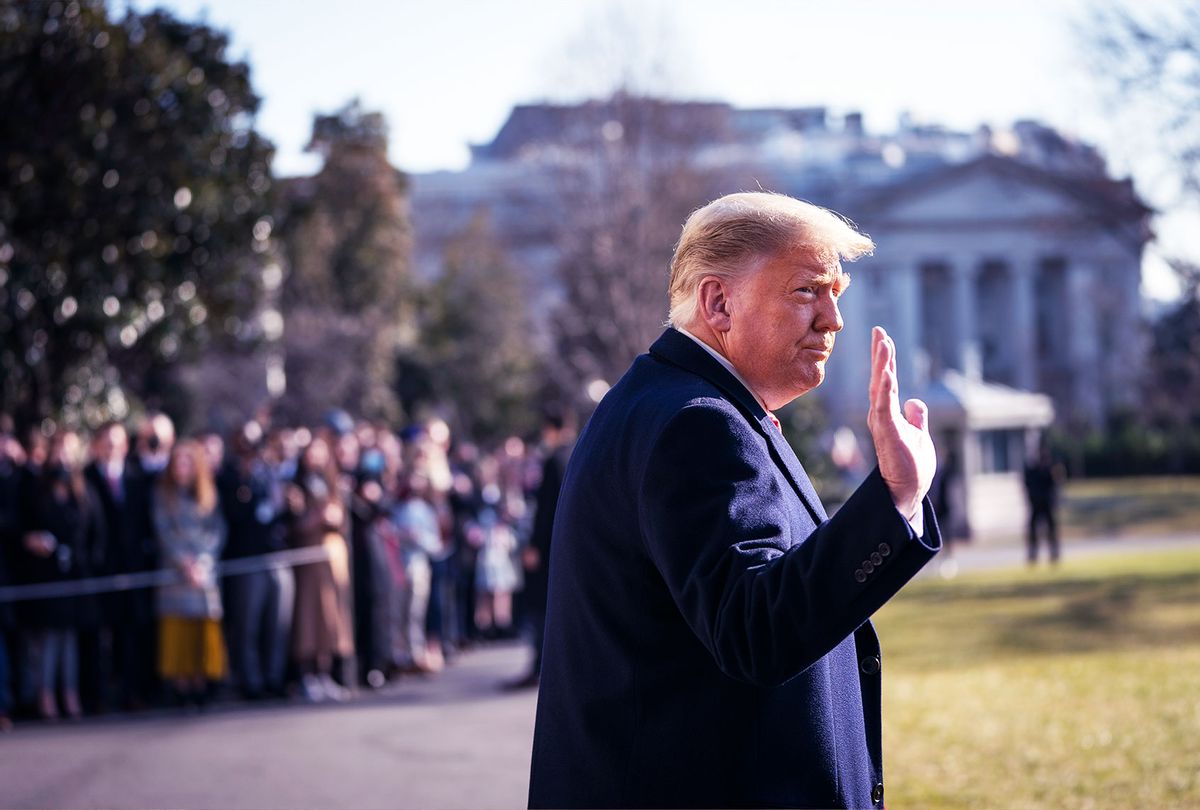 A Republican-led election investigation in Michigan that was pushed by former President Donald Trump found no evidence of widespread fraud and called on the Democratic attorney general to investigate those that have pushed false claims "to raise money or publicity for their own ends."

The Michigan Senate Oversight Committee released a report by Chairman Ed McBroom, a Republican, on Wednesday that debunked numerous claims pushed by Trump and his allies about the state's election, which President Joe Biden won by more than 150,000 votes.

"The Committee found no evidence of widespread or systemic fraud in Michigan's prosecution of the 2020 election," the 35-page report says, adding that voters "should be confident the results represent the true results of the ballots cast by the people of Michigan."

Trump had pushed for the report for months, falsely claiming in a statement as recently as May that Biden "miraculously" received a dump of nearly 150,000 votes that swung the state overnight after the election.

"Has the Michigan State Senate started their review of the Fraudulent Presidential Election of 2020 yet, or are they about to start?" he said last month. "If not, they should be run out of office."

In fact, the committee launched its investigation in November, and found no evidence of any "ballot dump," nor any support for TrumpWorld claims that dead people had voted, that hundreds of thousands of unsolicited ballots were mailed to voters, that some counties had more than 100% voter turnout, that counting machines in Detroit were connected to the internet or that a machine error had switched votes from Trump to Biden in rural Antrim County.

"The committee finds those promoting Antrim County as the prime evidence of a nationwide conspiracy to steal the election place all other statements and actions they make in a position of zero credibility,"  the report said, noting that human error initially caused an incorrect result in that county, showing Biden in the lead, before the final result correctly identified Trump as the winner. The committee urged Michigan Attorney General Dana Nessel to consider investigating people who pushed the conspiracy theory the county to "raise money or publicity for their own ends."

"If you are profiting by making false claims, that's pretty much the definition of fraud," McBroom told The Detroit News.

The committee investigated two claims of deceased individuals voting, finding that one instance was a clerical error while the other person cast their ballot before their death, concluding that "none of these constituted fraudulent election activities or manipulations." The committee also found "no anomalous number of votes cast solely for the President, either in Wayne County or statewide." In response to Trump's claim of a late-night ballot dump, the report simply explained that large precincts "took much longer to complete [counting] and then reported all their results at once."

"As is often the case, the truth is not as attractive or as immediately desirable as the lies and the lies contain elements of truth," McBroom said in a statement. "We must all remember: 'extraordinary claims require extraordinary proof' and 'claiming to find something extraordinary requires first eliminating the ordinary.'"

"The committee is appalled at what can only be deduced as a willful ignorance or avoidance of this proof perpetuated by some leading such speculation," the report said. The committee cited pro-Trump attorney Matt DePerno, who has raised hundreds of thousands of dollars for an "election fraud defense fund" and filed a lawsuit alleging that voting machines were hacked, which was rejected last month by a Republican-appointed judge.

"The committee closely followed Mr. DePerno's efforts and can confidently conclude they are demonstrably false and based on misleading information and illogical conclusions," the report said.

It also cited former Republican state Sen. Patrick Colbeck, who raised more than $20,000 for a legal defense fund after he was threatened with legal action for a "disinformation campaign" targeting Dominion Voting machines, a favorite conspiracy theory of Trump supporters like MyPillow founder Mike Lindell.

McBroom told Bridge Michigan that there is "good reason" to conclude that these conspiracy theorists are "purposely defrauding people" for money.

"The claims have become so ludicrous when compared to the actual facts. And yet people persist, such as Mr. DePerno," McBroom said, adding that a state investigation could find "criminality."

DePerno and Colbeck have been among the Trump supporters calling for a "forensic audit" of Michigan's election similar to the dubious procedure now underway in Arizona's Maricopa County, which even Republican county officials have blasted as "insane just from a competence standpoint."

McBroom told Bridge that the calls are fueled by "fears or misunderstandings of what happened in Antrim County," which the report thoroughly debunks.

"If you're basing your drive for an audit off of Antrim County, then right away you can already say there's no point," he said.

But McBroom said he is watching the Arizona audit closely, writing in the report that if it finds "genuine issues" he would "not hesitate to ask the committee to consider recommending an audit or amending this report."

The report was adopted by every Republican on the committee, But state Sen. Jeff Irwin, the committee's Democratic vice chair, voted against a motion to adopt the report, arguing against the voting restrictions that the report proposes.

"Citizens should demand reasonable updates and reforms to close real vulnerabilities and unlawful activities that caused much of the doubt and questionability to flourish and could, if unchecked, be responsible for serious and disastrous fraud or confusion in the future," the report said.

Michigan Gov. Gretchen Whitmer, a Democrat, said the report shows there is "not a scintilla of evidence that there was a fraud issue or other issue with the election" and questioned the Republicans' logic in continuing to push voting reforms regardless.

"The fact that anyone could author this report and still move forward with changes that aren't substantiated or aren't necessary is kind of mind-boggling to tell you the truth," she told The Detroit News.

Michigan Secretary of State Jocelyn Benson, a fellow Democrat, told NBC News the report only showed what "Michiganders already know to be true: our 2020 election was secure and the results are accurate."

While the report included "some strong recommendations," she said, it "also contains inaccuracies that further misinformation and will likely be used to press for partisan and nefarious election audits and legislation that needlessly harms election administration and restricts voting rights."

Benson continued: "My hope is that lawmakers and leaders change course and use the report as rationale to do what they should have done long ago: Affirm the security and integrity of our elections, cease their attempts to deceive citizens with misinformation, and abandon legislation based on the lies that undermine our democracy."