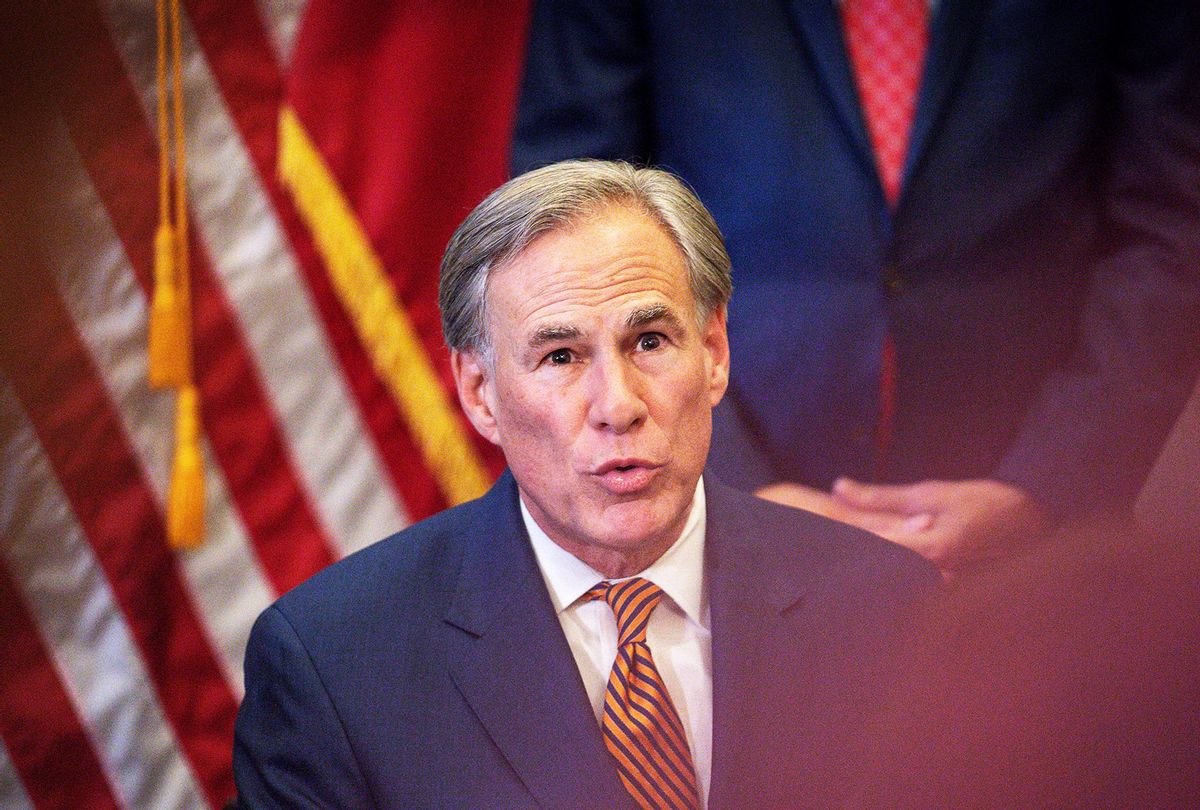 Texas Gov. Greg Abbott shot down a total of 20 bills over this year's legislative session, including a number of Democratic-led legislative priorities with bipartisan support: two criminal justice reform bills, a bill that would have banned the use of heavy chains to keep dogs tethered and a bill that would have required middle school students to learn about how to identify domestic abuse in their family and dating lives.

According to the Texas Tribune, Abbott, a Republican, vetoed 13 bills sponsored by Democrats and seven sponsored by Republicans — a record veto low for Abbott since he took office in 2015.

Among the two criminal justice measures Abbott shot down was H.B. 686, which according to the Tribune, would have taken into account special considerations when it comes to youth inmates vying for parole. Specifically, the bill aimed to weigh "the diminished culpability of juveniles, as compared to that of adults" and "the greater capacity of juveniles for change, as compared to that of adults."

The bill, sponsored by a Democrat and supported by a bipartisan caucus, was ultimately vetoed by Abbott over fears that it would conflict with the Texas Code of Criminal Procedure, "which would result in confusion and needless, disruptive litigation."

Also vetoed was criminal justice measure S.B. 281, which would have prohibited in court the admissibility of statements made under hypnosis. Over the past several decades the practice, termed "forensic hypnosis," has been widely criticized for its unreliability.

As one Texas judge said back in 1987: "The problem with hypnosis … is that it tends greatly to facilitate not only the retrieval of genuinely remembered data, but also construction of false but nevertheless plausible data to fill in gaps in true memory."

According to a Dallas Morning News investigation from last year, forensic hypnosis has been employed by Texas law enforcement 1,800 times over the past 40 years.

Abbott specifically took issue with a provision in the bill that would have barred the use of statements made after the hypnosis had already taken place, claiming that the line item "would dramatically expand [the bill's] scope in an unacceptable way."

In addition, an anti-animal abuse law – S.B. 474 – met its end at the tip of Abbott's pen. The measure, known as the Safe Outdoor Dogs Act, would would have criminalized the use of heavy chains or short lines to tether dogs and made two violations of the restriction a Class B misdemeanor, punishable by a $2,000 fine and up to three months in jail.

Abbott vetoed the bill on the grounds that Texas law already had measures addressing animal cruelty against dogs, claiming S.B. 474's provisions were too extreme.

"Texans love their dogs, so it is no surprise that our statutes already protect them by outlawing true animal cruelty," he wrote. "Texas is no place for this kind of micro-managing and over-criminalization."

Shelby Bobosky, the executive director of the Texas Humane Legislative Network, told the Guardian that the network was "devastated" by Abbott's move.

"Governor Abbott says that the current Texas statute already protects dogs, but this bill – which was carried with active support from sheriffs, law enforcement and animal control officers – would have clarified the vague language that makes the statute completely unenforceable."

Last week, Abbott also vetoed another Democratic-backed bill that would have required public middle and high school teachers to provide their students with guidance on how to identify signs of abuse in their families and relationships. According to the San Antonio Express-News, lessons would be given at least once in middle school and twice in high school.

In vetoing the bill, Abbot said that it "fails to recognize the right of parents to opt their children out of the instruction."

"I have vetoed similar legislation before on this ground, because we must safeguard parental rights regarding this type of instruction."

The bill's sponsor, state Sen. Royce West, D, expressed dismay at the outcome but was hopeful a solution could be found in the next legislative session.