Working with deadly pathogens dangerous, but necessary for scientists

Microbes are everywhere – and they aren’t all friendly 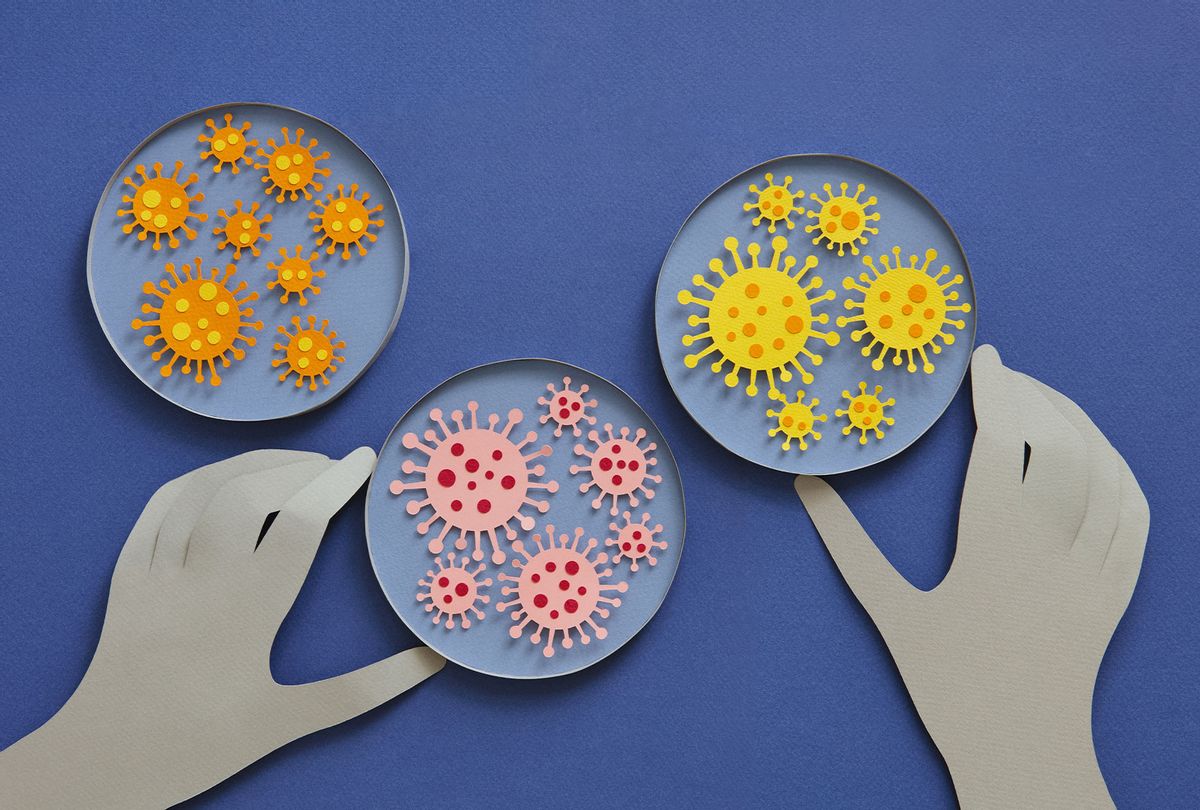 There are about 1,400 known human pathogens – viruses, bacteria, fungi, protozoa and helminths that can cause a person's injury or death. But in a world with a trillion individual species of microorganisms, where scientists have counted only one one-thousandth of one percent, how likely is it researchers have discovered and characterized everything that might threaten people?

Not very likely at all. And there's a lot to be gained from knowing these microscopic enemies better.

So even though in day-to-day life it makes sense to avoid these dangerous microorganisms, scientists like me are motivated to study them up close and personal to learn how they work. Of course, we want to do it in as safe a way as possible.

I've worked in biocontainment laboratories and have published scientific articles on both bacteria and viruses, including influenza and the SARS-CoV-2 coronavirus. Here at Oklahoma State University, 10 research groups are currently studying pathogens in biosecure labs. They're identifying genetic variations of viruses and bacteria, studying how they operate within cells of their hosts. Some are untangling how the host immune system responds to these invaders and is affected by so-called comorbidities of obesity, diabetes or advanced age. Others are investigating how to detect and eliminate pathogens.

This kind of research, to understand how pathogens cause harm, is crucial to human and veterinary medicine, as well as the health of mammals, birds, fish, plants, insects and other species around the globe.

Think about all scientists have learned in the past century about how to prevent diseases based on understanding which microorganism is responsible, where it is in the environment and how it overcomes humans' natural defenses.

Understanding what these organisms do, how they do it, and how they spread helps researchers develop measures to detect, mitigate and control their expansion. The goal is to be able to cure or prevent the disease they cause. The more dangerous the pathogen, the more urgently scientists need to understand it.

This is where lab research comes in.

Scientists have basic questions about how a pathogen conducts itself. What machinery does it use to enter a host cell and replicate? What genes does it activate, to make which proteins? This kind of information can be used to pinpoint strategies to eliminate the pathogen or lead to disease treatments or vaccines.

As the library of what is known about pathogens grows, there's more chance researchers can apply some of that knowledge when faced with an emerging pathogen.

People might encounter new pathogens as they move into different parts of the world, or alter ecosystems. Sometimes a pathogen adapts to a new vector – meaning it can be carried by a different organism – allowing it to spread into new areas and infect new populations. Roughly 70% of emerging infectious diseases around the world are transmitted through animals to people; these are called zoonotic diseases. It is critical to understand how these pathways work in order to have even a modest ability to predict what could happen.

While there are patterns in nature that can provide clues, the tremendous diversity of the microbial world and the rate at which these organisms evolve new strategies for their own defense and survival makes it imperative to study and understand each one as it's discovered.

Can this research be done safely?

There is no such thing as zero risk in any endeavor, but over many years, researchers have developed safe laboratory methods for working with dangerous pathogens.

Each study must document in advance what is to be done, how, where and by whom. These descriptions are reviewed by independent committees to make sure the plans outline the safest way to do the work. There's independent follow-up by trained professionals within the institution and, in some cases, by the U.S. Centers for Disease Control and Prevention, the U.S. Department of Agriculture, or both, to ensure researchers are following the approved procedures and regulations.

Those who work with dangerous pathogens adhere to two sets of principles. There's biosafety, which refers to containment. It includes all the engineering controls that keep the scientists and their surroundings safe: enclosed, ventilated workspaces called biosafety cabinets, directional airflows and anterooms to control air movement inside the lab. Special high-efficiency particulate air filters (HEPA) clean the air moving in and out of the laboratory.

We stick to good laboratory work practices, and everyone suits up in personal protective equipment including gowns, masks and gloves. Sometimes we use special respirators to filter the air we breathe while in the lab. Additionally we often inactivate the pathogen we're studying – essentially taking it apart so it is not functional – and work on the pieces one or a few at a time.

Then there's biosecurity, meaning the measures designed to prevent loss, theft, release or misuse of a pathogen. They include access controls, inventory controls and certified methods for decontaminating and disposing of waste. Part of these security measures is keeping the details close.

The research community recognizes four levels of biosafety practices. Biosafety level-1 (BSL-1) and BSL-2 are applied to general laboratory spaces where there is low to no risk. They would not work with microorganisms that pose a serious threat to people or animals.

BSL-3 refers to laboratories where there is high individual risk but low community risk, meaning there is a pathogen that can cause serious human disease but treatments are available. This is the kind of work my colleagues and I, and many medical and veterinary schools, will do.

BSL-4 refers to work with pathogens that pose a high risk of significant disease in people, animals or both that is transmitted among individuals and for which an effective treatment may not be available. BSL-4 laboratories are relatively rare, by one estimate only about 50 exist in the world.

At each level the increased risk requires increasingly stringent precautions to keep workers safe and prevent any accidental or malicious misuse.

What's at risk if science ignores these microbes?

In recent years, the world has seen outbreaks of severe disease caused by several types of pathogens. Even for the pathogens scientists do know about, much remains unknown. It is reasonable to expect there are more threats out there yet to be discovered.

It is critical for scientists to study new disease pathogens in the lab as they're discovered and to understand how they move from host to host and are affected by conditions; what variations develop over time; and what effective control measures can be developed. In addition to more well-known viruses such as rabies, West Nile virus and Ebola, there are several critically important pathogens circulating in the world today that pose a serious threat. Hantaviruses, dengue, Zika virus and the Nipah virus are all under investigation in various labs, where researchers are working to understand more about how they're transmitted, develop rapid diagnostics and produce vaccines and therapeutics.

Microorganisms are the most abundant form of life on the planet and extremely important to human health and the health of plants and animals. In general, people have adapted to their presence, and vice versa. For those microbes with the capacity to do real harm, it makes sense to study as many as scientists can now, before the next pandemic hits.

Jerry Malayer, Associate Dean for Research and Graduate Education and Professor of Physiological Sciences in the College of Veterinary Medicine, Oklahoma State University

Associate Dean for Research and Graduate Education and Professor of Physiological Sciences in the College of Veterinary Medicine, Oklahoma State University