As one character points out, “sex is scary for everyone the first time" — including teenage boys 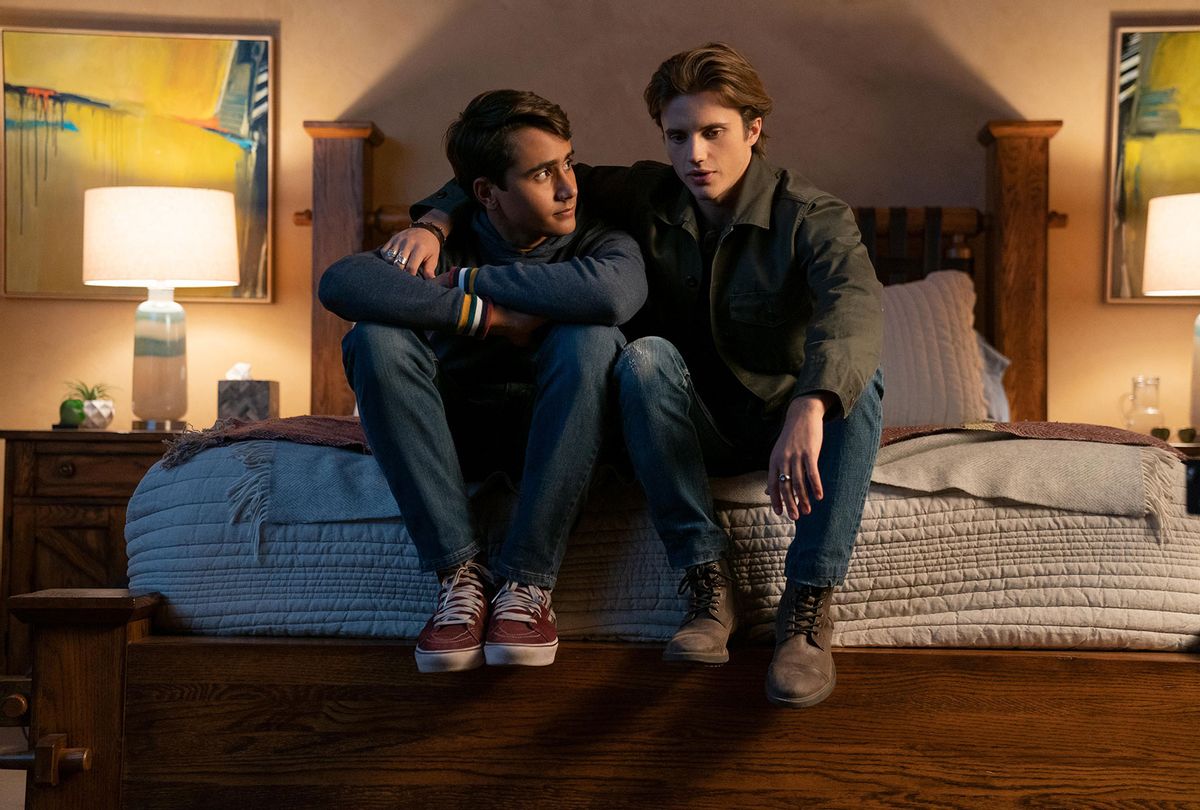 The following contains spoilers from the second season of "Love, Victor."

"Men are dogs," and "boys will be boys." We hear some version of these slogans all the time, especially when it comes to sex, sexuality and masculinity. The expectation that men prove their masculinity and social status through being boastful about their voracious sexual appetites and conquests, unfortunately, starts young — often, with the cultural double standard that celebrates teenage boys for losing their virginity, while simultaneously shaming teenage girls for the same sexual acts, let alone for having any sexual desire at all.

Yet, for all the noise and fanfare around sex and the stereotype of the obscenely horny teenage boy, for a lot of people — young men included — your first time can be scary, anxiety-inducing and bring up a lot of insecurities, though we barely see this side of the coin represented on screen. The "losing your virginity" episode is a classic chapter of pretty much any young adult flick, and Hulu's "Love, Victor" is no exception, but with a relatable twist. In the second season episode "The Sex Cabin" we see two teenage boys who love their partners, but are intensely nervous about their first time.

Victor (Michael Cimino) and his boyfriend Benji (George Sear), and Felix (Anthony Turpel) and his girlfriend Lake (Bebe Wood), are both about to take their relationships to the next level after months of dating, and despite their deep attraction to their partners, and their desire for intimacy, they're also both terrified of messing up. In Victor's case, as a newly out teenager who's often had to rely on Benji for guidance in navigating his sexual identity, this next step in their relationship is especially nerve-racking, since Benji revealed he had multiple sex partners before while the friend group played a game of Never Have I Ever.

Following a chaotic turn of events in which Victor falls off a bed trying to get cell service to call his queer mentor Simon for advice, and Felix cuts himself trimming his pubic hair or "manscaping," both best friends wind up bleeding together on the bathroom floor. "Look at us," Felix says, "two virgins, bleeding in the bathroom." Both confront each other about why they're unable to tell their partners about their fears, before eventually setting out to do just that.

In the process, the show offers surprising wisdom from the mouth of stereotypical-jock-turned-sensitive-ally, Andrew, played by Mason Gooding. Andrew validates Felix's fears, and reminds him that while "sex is scary for everyone the first time," the truth is, "if you're with the right person, it doesn't matter." For all the YA dramas that have depicted perfect, passionate and entirely comfortable and competent scenes of teenagers having their first time, pretty much anyone can attest to how much audience suspension of disbelief this requires. Last year, Hulu drama "Normal People" was widely praised for its depiction of Connell (Paul Mescal) and Marianne's (Daisy Edgar-Jones) first time together, in which he tells her very casually, "If it hurts or anything, we can stop. It won't be awkward."

And in Victor's case, while your first sexual encounter can bring up insecurity for anyone revolving around body image or other societal pressures, someone's first queer sexual encounter can come with even more pressure, due to the shame or embarrassment that young queer people may struggle with in a homophobic and heteronormative society. There's also the reality that comprehensive, accurate sexual health education isn't taught in most schools, and LGBTQ-inclusive sex ed is also prohibited in many states and school districts. Safe, accurate and non-judgmental sex ed and health resources are difficult to come by for all young people, leading many to rely on trusted adults to support and advise them. But many young LGBTQ people may not have an adult like this in their lives, especially if they haven't come out.

While the hypersexualization of women and girls is a more known issue, men and boys are also hypersexualized in a different but still harmful way. For one thing, as a society, we often spend more time talking about so-called false accusations against men and boys for sexual assault, than we do, about men and boys who are victims. Men are, of course, more likely to be victims of sexual violence than be falsely accused of it, yet narratives about male victimhood are framed solely in a context that allows men to call women liars. This relates to the hypersexualization of men and boys because the narrative that all they want in life is sex erases the fact that they can be victims of sexual violence at all, often leading to male victims being mocked, dismissed, or even called "lucky."

In reality, as "Love, Victor" explores, men and women and boys and girls have complex, wide-ranging feelings about sex and virginity. There's no such thing as normal, and no two people, regardless of their gender, are the same, or will want the same things. Not every teen will be nervous about their first time, but many — including teenage boys — will be. And finally, we have a YA show that accurately and authentically portrays this — and for both queer and straight youth, for that matter.

Both seasons of "Love, Victor"  are now streaming on Hulu.