10 facts about V.C. Andrews's "Flowers in the Attic"

V.C. Andrews’s debut novel, published in 1979, was a Gothic gateway for many a young romance reader 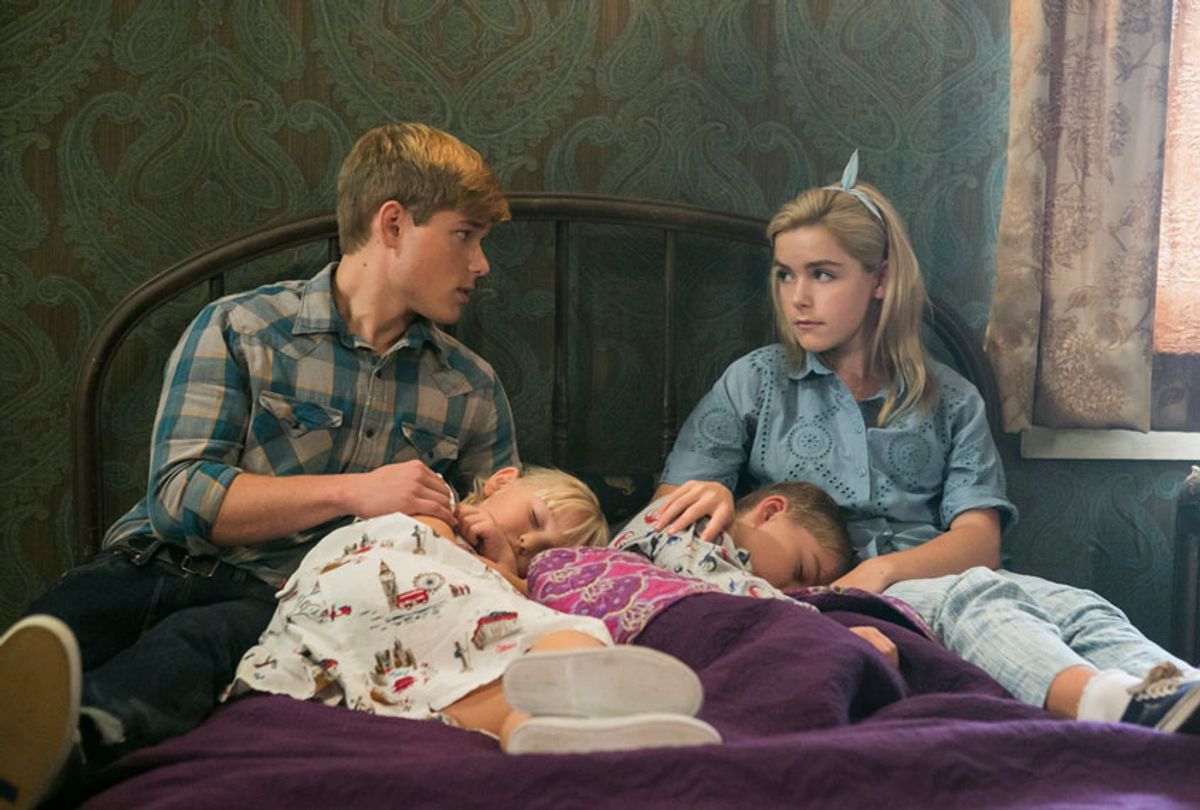 Flowers in the Attic (Lifetime)
--

We don't have any hard data on exactly how many tweens discovered too-old-for-them romance novels by stumbling upon the intriguing cutout cover of "Flowers in the Attic," but surely it's somewhere close to 100 percent. V.C. Andrews's debut novel, published in 1979, was a Gothic gateway for many a young romance reader, while the numerous reviews that deemed the incestuous plot "scandalous" and "shocking" only enticed readers more.

"Flowers in the Attic" hasn't lost any steam in the more than 40 years since its debut; it has sold more than 40 million copies and been translated into 25 languages. No matter how many times you've indulged in this guilty pleasure, here are a few facts you may not have known.

1. V.C. Andrews claimed to have written "Flowers in the Attic" in two weeks.

In 1983, Andrews told "Twilight Zone" magazine, "I wrote [the book] in two weeks. By that time, however, I had been writing for seven years and had written nine unpublished novels." However, she also once claimed that she wrote it in a single night. "I like to amaze my editor and tell her that I wrote it in one night. I did. I plotted the whole thing in longhand — it was 18 pages. And then I typed it into 90." So really, who knows what's true.

2. V.C. Andrews's payday for "Flowers in the Attic" was modest.

Andrews was paid just $7500 for her debut novel, but the numbers rose quickly. By the time the third book in the series, "If There Be Thorns," was released in 1981, Andrews was pulling down a $75,000 advance. Given Andrews's popularity, she found the amount unfair—and so when she started the Casteel series in the mid-1980s, she received a $2 million advance for a two-book deal and $3 million for another trio of novels.

Andrews died of breast cancer in 1986, after writing the first four books of the Dollanganger series (of which "Flowers in the Attic" was the first book), one book of the Casteel series, and the standalone "My Sweet Audrina." Writer Andrew Neiderman, who shared an agent with Andrews, was tapped to take over the throne as her ghostwriter and has been churning out books as Andrews ever since, writing at a pace of about three novels per year. Fun fact: Neiderman also wrote "The Devil's Advocate," which was later adapted into the 1997 movie starring Al Pacino and Keanu Reeves.

4. V.C. Andrews drew on elements of her own life to create Cathy Dollanganger, who narrates "Flowers in the Attic."

Andrews spent most of her life using a wheelchair after falling down the stairs at school as a young girl. "The doctors found that the twist had been very violent, and that it tore the membrane on my hip and started little bone spurs," she once explained. The bone spur was ignored for years, throwing her spine out of alignment and eventually requiring many surgeries. According to Andrews, one doctor suffered a small stroke in the middle of operating and cut off the socket of her right hip. As a result, she lived with her mother for her entire life and relied heavily on her help to be able to function.

Andrews told writer Douglas E. Winter, "When I wrote "Flowers in the Attic," all of Cathy's feelings about being in prison were my feelings. So that, when I read them now, I cry."

5. V.C. Andrews dedicated "Flowers in the Attic" to her mother.

While dedicating a bestselling book to your mother is a sweet gesture in most cases, the move was a little eyebrow-raising given the reprehensible actions of the mothers in the book.

6. In 1981, one of the Iran hostages who was returned to the U.S. claimed that "Flowers in the Attic" was the only book that got captivity right.

William Belk, one of the American hostages held captive in Iran for 444 days, read the novel four times and hailed it as a true representation of the emotions involved with extended confinement. "If you read that you can understand our plight a little better and what we felt like in Iran," Belk said. Andrews was reportedly very pleased to hear this.

The first time Andrews met her editor Ann Patty in person, sweet breakfast treats were on the menu. "Flowers in the Attic" fans will know that poisoned doughnuts play an important part in the book. Fortunately, Patty took Andrews's dark humor in stride.

8. Wes Craven was once slated to direct an adaptation of "Flowers in the Attic."

After a movie version was approved in the mid-'80s, horror legend Wes Craven wrote the original screenplay, which he planned to direct. As you might imagine, Craven's screenplay was extremely graphic and violent. Because they were shooting for a PG-13 rating, Craven was replaced — although producers decided to keep Craven's ending, which differed from the book's.

9. V.C. Andrews had a cameo in the the "Flowers in the Attic" movie.

She played a maid and can be very briefly seen washing windows in the 1987 film starring Kristy Swanson as Cathy, Victoria Tennant as Corrine, and Louise Fletcher as the grandmother.

10. "Flowers in the Attic" may have been based in part on a true story.

According to editor Ann Patty, Andrews always told her that the core of the story had really happened to a doctor she had once had when she had been in the hospital for spinal surgery. "I'd guess that some aspects of it were true," Patty said. "At least the aspect of kids being hidden away. Whether the twins were real, the sex, the time frame, probably not. I think it was just the concept of kids hidden in the attic so the mother could inherit a fortune."