GOP Sen. Bill Cassidy: Infrastructure is "a woman's problem" because they "do the shopping"

"Because oftentimes it is the woman ... who's also taking children to schools or doing the shopping" 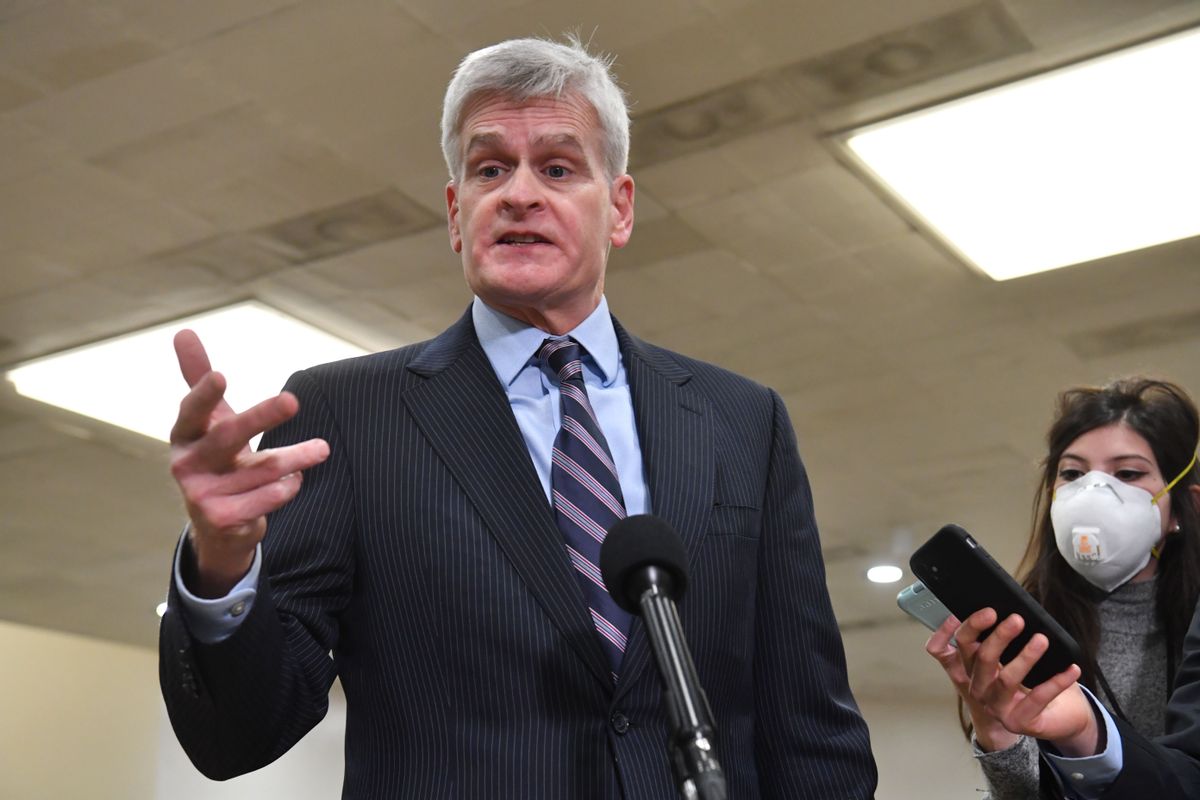 Sen. Bill Cassidy (R-LA) on Sunday insisted that infrastructure like roads and bridges is a "women's problem" because they do the "shopping."

Cassidy made the remarks on NBC's Meet the Press, where he was arguing on behalf of a bipartisan infrastructure bill.

"My wife says that roads and bridges are a woman's problem if you will," the senator added. "Because oftentimes it is the woman -- aside from commuting to work -- who's also taking children to schools or doing the shopping. And the more time that she spends on that road, the less time she spends doing things of higher value."

Watch the video below from NBC: