Ivanka may have lied in D.C. attorney general's probe of Trump inauguration 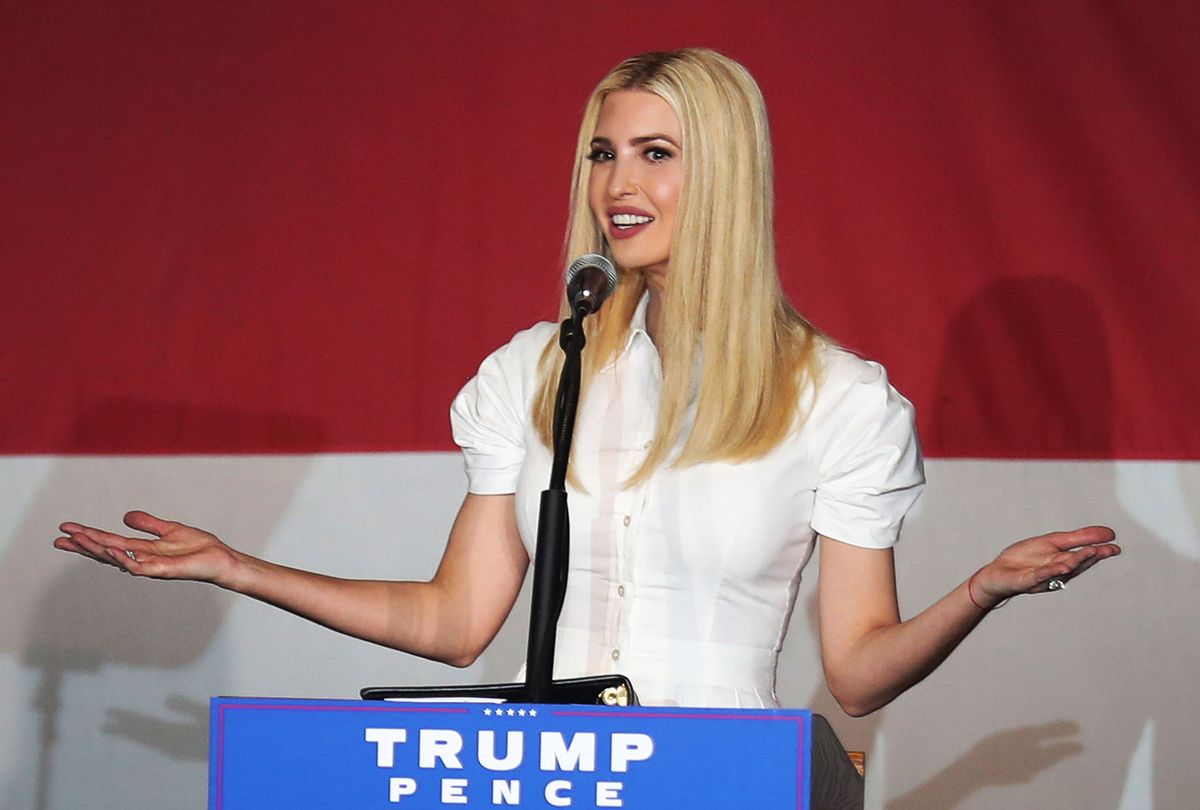 Racine last year filed a lawsuit against the Trump Inaugural Committee and two entities that own or control the Trump International Hotel in Washington, accusing the committee of coordinating with the Trump family to "grossly overpay for event space" at the hotel and using hundreds of thousands in nonprofit funds to throw a private party for the Trump family.

Racine alleged that Ivanka Trump and Rick Gates, who served as deputy chairman of the inaugural committee, ignored warnings from event planner Stephanie Winston Wolkoff that the committee was paying at least twice the market rate. The committee spent more than $1 million for four days of event space, "far above" the hotel's own pricing guidelines. "Gates, with Ivanka Trump's knowledge, also allowed the [Presidential Inaugural Committee's] nonprofit funds to pay for a private after-hours party for the Trump family at their Hotel, even after PIC staff initially canceled this event over concerns of improper use of funds," Racine claimed.

Ivanka Trump claimed during a December deposition that she "really didn't have an involvement" with the planning. She testified that she would "give feedback to my father or to anyone who asked my perspective or opinion," but that was as far as her involvement went. An email chain reviewed by Mother Jones, however, shows that Gates sent her a schedule of the inauguration events and told her that Winston Wolkoff "is going to call you to discuss some additional ideas she has about some other events that we would like to see if you would be willing to do based on our meetings."

"Great," Ivanka Trump replied to Gates and Winston Wolkoff. "I am looping in my assistant Suzie who can coordinate a time for us to connect."

Several days later, Winston Wolkoff sent an email to Ivanka and her husband Jared Kushner thanking them for meeting with her and included a "high-level summary" of inauguration plans "for your review." The email detailed themes and key messages for the events. Winston Wolkoff also mentioned that she and Ivanka had discussed how to include her father's "constituency" at the events and suggested inviting "families from all 50 states to attend official functions" and provide them "Airfare. Accommodations. Hair & makeup."

The email also asked Ivanka to confirm that she would host a "Women's Entrepreneurs Reception/Dinner" during the inaugural festivities.

"Please let me know who … you would like invited," Winston Wolkoff wrote, asking Ivanka whether she preferred to hold the event at the National Museum of African American History or the National Gallery of Art.

The email included an attachment detailing the communication strategy for the events, a proposed event schedule, and a promise to follow up with the couple at Trump Tower.

"As mentioned, my interest in hosting [the dinner or reception for women entrepreneurs] depends on the quality and theme of the event," Ivanka Trump responded in an email the next day, adding, "I would love to bring together an incredible group of female entrepreneurs and thought leaders and integrate young girls in the programing. If we can make it an impactful event, I would love to do it."

Ivanka also volunteered to help Winston Wolkoff coordinate with Reince Priebus, who had been appointed as Trump's incoming White House chief of staff.

Winston Wolkoff met with Ivanka several days later, according to her book. Winston Wolkoff wrote that she wondered after the meeting "why was the PIC planning an event for Ivanka at all? And how had I gotten roped into it?"

The proposed event was ultimately scrapped but Ivanka Trump remained involved in parts of the inaugural planning. Public relations consultant Matthew Hiltzik emailed Ivanka in late December 2016 after "The Apprentice" producer Mark Burnett "specifically suggested/requested" that they discuss strategy for how the event should be presented and recommended that Winston Wolkoff be "front and center on this."

Winston Wolkoff later wrote in her book that Hiltzik "was warning Ivanka to distance herself from the bad inauguration press and pushing me to the top of Shit Mountain."

Further emails suggest that Ivanka Trump was involved in other aspects of planning for the inauguration.

One email chain shows producer Jon Reynaga expressing concern to Gates that the musical acts booked for the inauguration were in the "lower level that Ivanka didn't want." In a text to Reynaga, Winston Wolkoff warned that Trump "DID NOT APPROVE THE BEACH BOYS and he nor Ivanka want them."

When Ivanka Trump was asked about the text during her deposition, she testified, "I don't recall that. I love the Beach Boys."

Other text messages show Ivanka telling Winston Wolkoff to ensure that there would be "tons" of reporters at a celebratory dinner ahead of the inauguration and later looped in Sean Spicer, the incoming White House press secretary, to work on the media side.

Another inaugural committee planning document reviewed by Mother Jones shows that Winston Wolkoff needed to "get menus approved by IT and DJT," an apparent reference to Ivanka and Donald Trump.

Winston Wolkoff wrote in her book that she and Ivanka presented Trump with the inaugural plans in mid-December 2016.

"I grabbed my binder, went over to Donald's side of his desk, and sat with my knees on the floor," she wrote. "Ivanka hovered over me … [and] made comments and asked questions."

Winston Wolkoff told Mother Jones that days later, she attended a meeting at Ivanka's office in Trump Tower where she provided her and other family members with "a run-through of the entire inauguration," including events, communications strategy and branding.

During her deposition, Ivanka Trump downplayed her relationship with Winston Wolkoff, whom she described as "an acquaintance" that she "didn't know" that well.

Emails obtained by Mother Jones suggest that the two had been friends. Ivanka emailed Winston Wolkoff, who was also friends with Melania Trump, in 2012 to invite her to a dinner with friends and in another email exchange discussed family matters and set up a lunch date. Ivanka played a key role in getting Winston Wolkoff the inaugural committee job, putting her in touch with committee chairman Tom Barrack.

"She would be great for you to speak with about the planning of the inauguration — as mentioned, i have no doubt she will be invaluable to you!" Ivanka wrote to Barrack days after Trump's election victory.

Winston Wolkoff's messages have played a key role in Racine's investigation. She repeatedly expressed concerns about the cost of the event and warned Ivanka Trump, Gates and others that the committee's spending would be audited and "become public knowledge."

Winston Wolkoff is now a lead cooperating witness in Racine's case. She testified in her own deposition that she was concerned "it would look [as if] members of the Trump family or the Trump Organization or the Trump Hotel financially profited from the inauguration."

Asked if she believed it was "improper" that Ivanka Trump was "involved at times in decision-making about some of the events that were part of the inaugural festivities," Winston Wolkoff replied, "I think it was questioned. … It was out of the ordinary."

Racine, who is seeking to recover the funds paid to Trump's hotel, is also seeking to interview Trump Organization financial chief Allen Weisselberg, who "played a peculiar role in reviewing financial transactions of what's supposed to be the independent inaugural committee — something far outside his duties at the family company," according to The Daily Beast. Weisselberg is also reportedly likely to be indicted in a separate investigation by prosecutors in Manhattan looking into whether the Trump Organization used fringe benefits to compensate top executives in order to avoid paying taxes.

"The world's about to learn how Trump's inner circle — with Trump's full knowledge — took advantage of the presidential inauguration," Winston Wolkoff told the Daily Beast. "Everything they did was all about self-dealing."