"Y'all are obsessed with me," tweets U.S. Olympian Gwen Berry as right-wing media, elected Republicans pile on 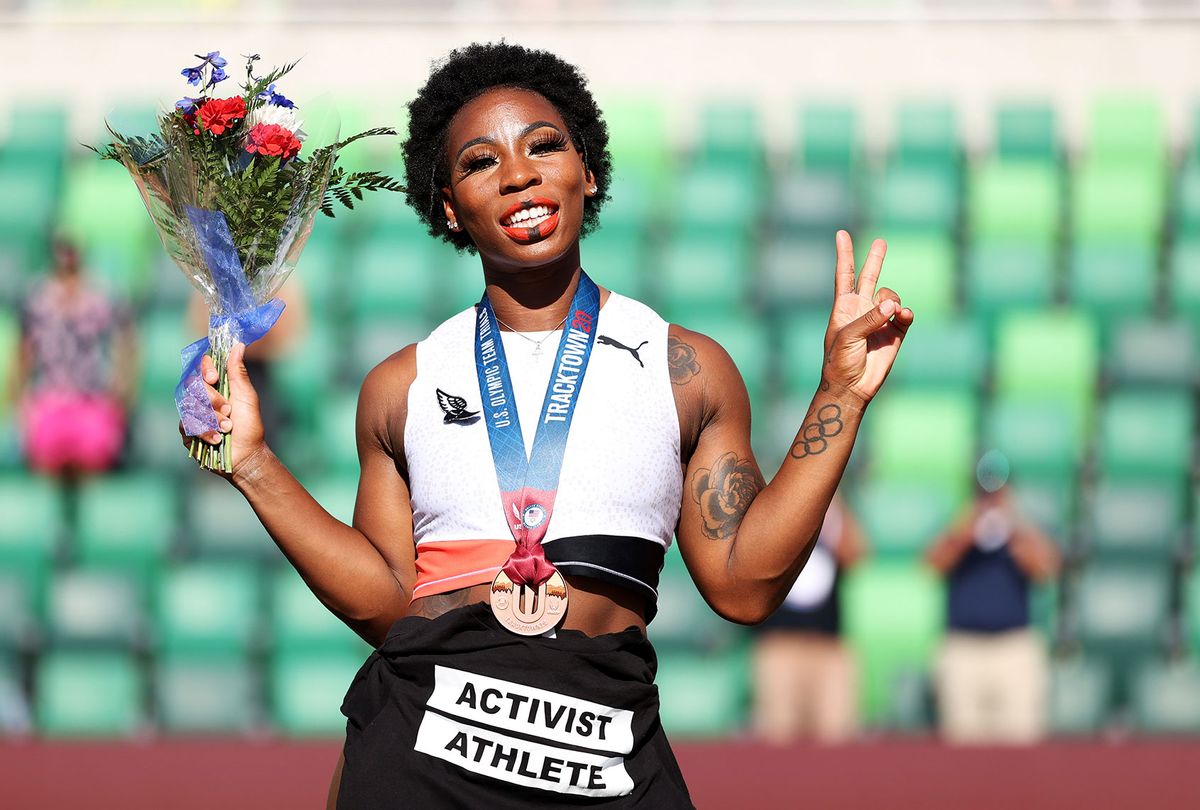 Rep. Dan Crenshaw of Texas and Sen. Tom Cotton of Arkansas, two firebrand Republican lawmakers who frequently rail against "cancel culture," are now seeking to cancel soon-to-be U.S. Olympic athlete Gwen Berry after she turned away from the U.S. flag during the anthem this past week to protest systemic racism.

The silent protest from Berry over the weekend at the 2021 U.S. Olympic trials in Eugene, Oregon, has made her a target of the online right-wing mob and conservative cable news outlets.

"We don't need any more activist athletes," Crenshaw stated Monday on Fox News' "Fox & Friends." "She should be removed from the team. The entire point of the Olympic team is to represent the United States of America. That's the entire point, OK?"

Berry, a Black athlete who has now qualified for the Tokyo Olympics, was not expecting the anthem to be played and said her protest was not planned in advance. She turned her back to the flag and put on a shirt that read "Activist Athlete."

"At this point, y'all are obsessed with me," Berry wrote on Twitter in response to widespread right-wing criticism on Monday.

But it wasn't just Crenshaw who called for Berry's removal from the U.S. Olympic team; Cotton also got in on the "cancel culture" act.

"If Ms. Berry is so embarrassed by America, then there's no reason she needs to compete for our country. She should be removed from the Olympic team," the Republican senator added.

Paski said that she hadn't spoken to the president about the specific matter, but added that Biden stands by the right to protest peacefully.

The president is "incredibly proud to be an American and has great respect for the anthem and all that it represents, especially for our men and women serving in uniform all around the world," Psaki responded. "He'd also say, of course, that part of that pride in our country means recognizing there are moments where we, as a country, haven't lived up to our highest ideals," she added. "It means respecting the right of people granted to them in the Constitution to peacefully protest."