The warning came during a House Committee on Homeland Security briefing 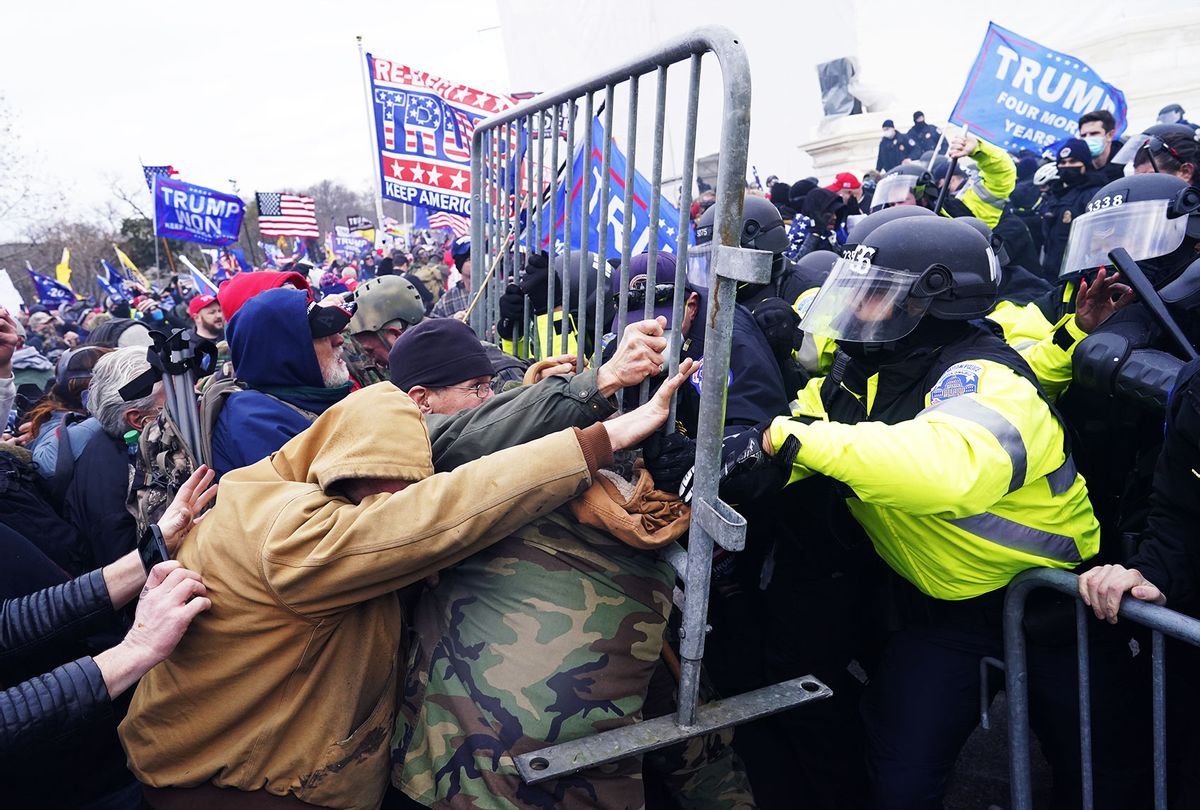 The Department of Homeland Security issued a warning to Congress on Wednesday over potential right-wing violence fueled by former President Trump's widely panned theory that he will be reinstated as president next month.

The warning came during a House Committee on Homeland Security briefing, where John Cohen, a top counterterrorism official, said the department is probing a sea of online chatter from various communities of ideological extremists.

Early last month, sources close to the former president told the New York Times' Maggie Haberman that "Trump has been telling a number of people he's in contact with that he expects he will get reinstated by August." While the theory is entirely bereft of any legal or historical legitimacy, many interpreted it as an implicit call to arms for Trump's loyal fan base to stage a violent assault once more.

During the session, Cohen addressed rising crime throughout the U.S. over the last year, which experts have attributed to a recent spike in gun violence.

One senior official noted to CNN that there has also been a spike in violent extremism, which he speculated could be tied to the recent suspension of longstanding coronavirus restrictions and stay-at-home orders.

An FBI report from May found that there were 32 deaths in the U.S. stemming from domestic terror in 2019, a record high since 1980. Most of these deaths were carried out by white supremacists.

A DHS spokesperson told Politico that the department is "focused on the nexus between violence and extremist ideologies" and is working to "prevent acts of domestic terrorism inspired by disinformation, conspiracy theories and false narratives spread through social media and other online platforms."

Earlier this month, a Morning Consult/POLITICO survey found that nearly a third of the former president's base believes that Trump will be reinstated. One Trump supporter at a rally in Ohio even warned CNN viewers of a "civil war" if the former president is not ushered back into office.

Intelligence officials are on especially high-alert with the Fourth of July weekend approaching, which will be flooded with mass gatherings. One senior law enforcement told ABC News that Independence Day – combined with rise in homicides and domestic terror – could create a "perfect storm" for violence.