Once upon a time in Hollywood, a director angered martial arts fans and is still answering for it two years later 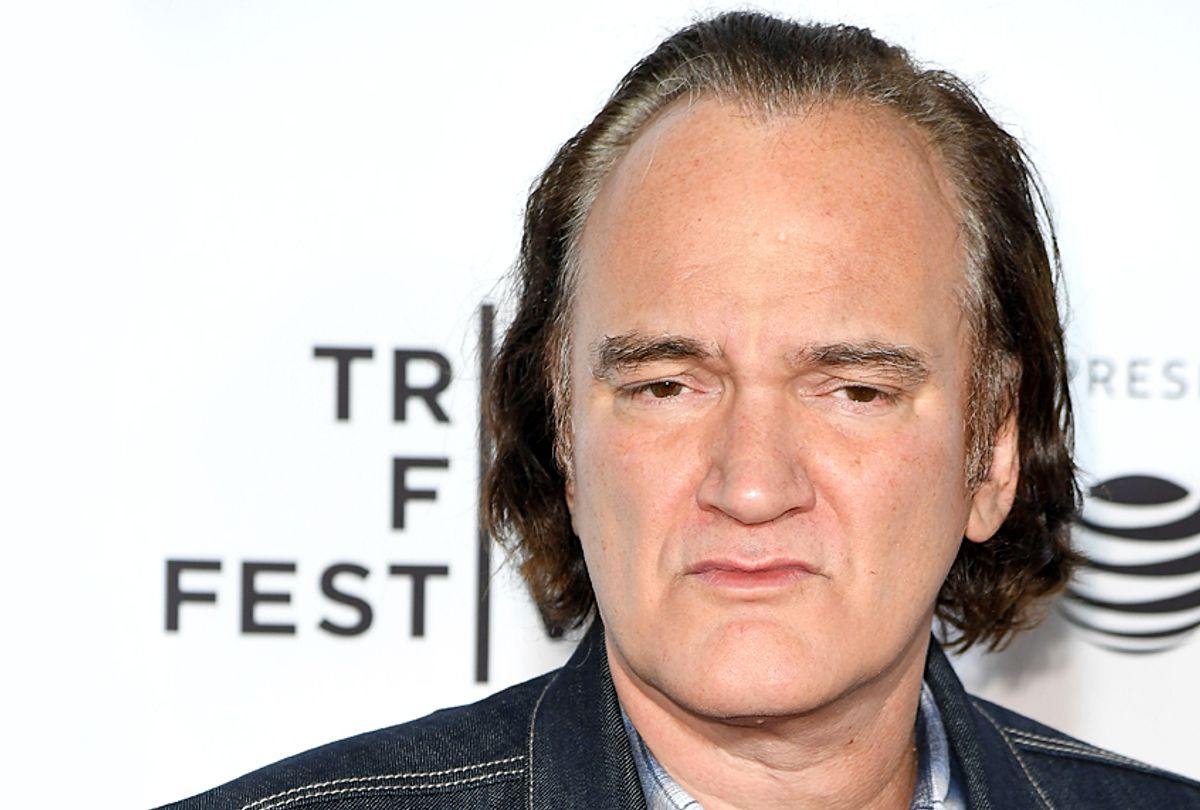 It's been two years, but occasional auteur Quentin Tarantino is still having to answer for how he depicted Bruce Lee in his film "Once Upon a Time . . . in Hollywood" and his incendiary comments characterizing the martial arts legend as arrogant. Despite backlash, Tarantino is sticking to his guns.

"I can understand his daughter having a problem with it. It's her f**king father, I get that. But anybody else [can] go suck a d**k," Tarantino said in a new interview on the Joe Rogan podcast.

Set in Hollywood 1969, the scene in question pits stuntman Cliff Booth (Brad Pitt) against with Bruce Lee (Mike Moh) on the set of "The Green Hornet" and portrays the martial artist as disrespectful and even mocking stuntmen.

Lee's daughter, Shannon who is an executive producer on the martial arts series "Warrior," originally spoke out against Tarantino, claiming the scene wrongfully portrayed her father as an "arrogant a**hole full of hot air." At the time, Dan Inosanto, who studied under Lee, agreed that the film Bruce Lee's actions were completely out of character for his real-life mentor.

Despite the support from those with personal ties to Lee, Tarantino stood by his words citing secondary sources like books and biographies that back up the film's sentiment.

"Stuntmen hated Bruce on 'The Green Hornet.' It's in Matthew Polly's book . . . Bruce had nothing but disrespect for American stuntmen and was always hitting them. He was always tagging them with his feet and his fists and it got to the point where they refused to work with him," Tarantino continued.

Fans of Bruce Lee also criticized how the fight in "Once Upon a Time" goes down. Although Bruce gets in a punch, Cliff throws Bruce onto a car, and the fight ends in a draw. Tarantino was criticized for minimizing Lee's physical abilities.

Initially the director dodged answering who would ultimately win in such a fight if Cliff were actually real. But on the podcast he finally voted in favor of his fictional stuntman.

"He fought in World War II . . .  if Cliff fought Bruce Lee in a Madison Square Garden martial arts competition, Cliff wouldn't stand a chance," Tarantino said."But as a killer who killed men in a jungle, he'd kill him."

Brief Bruce Lee Once Upon A Time In Hollywood Quentin Tarantino