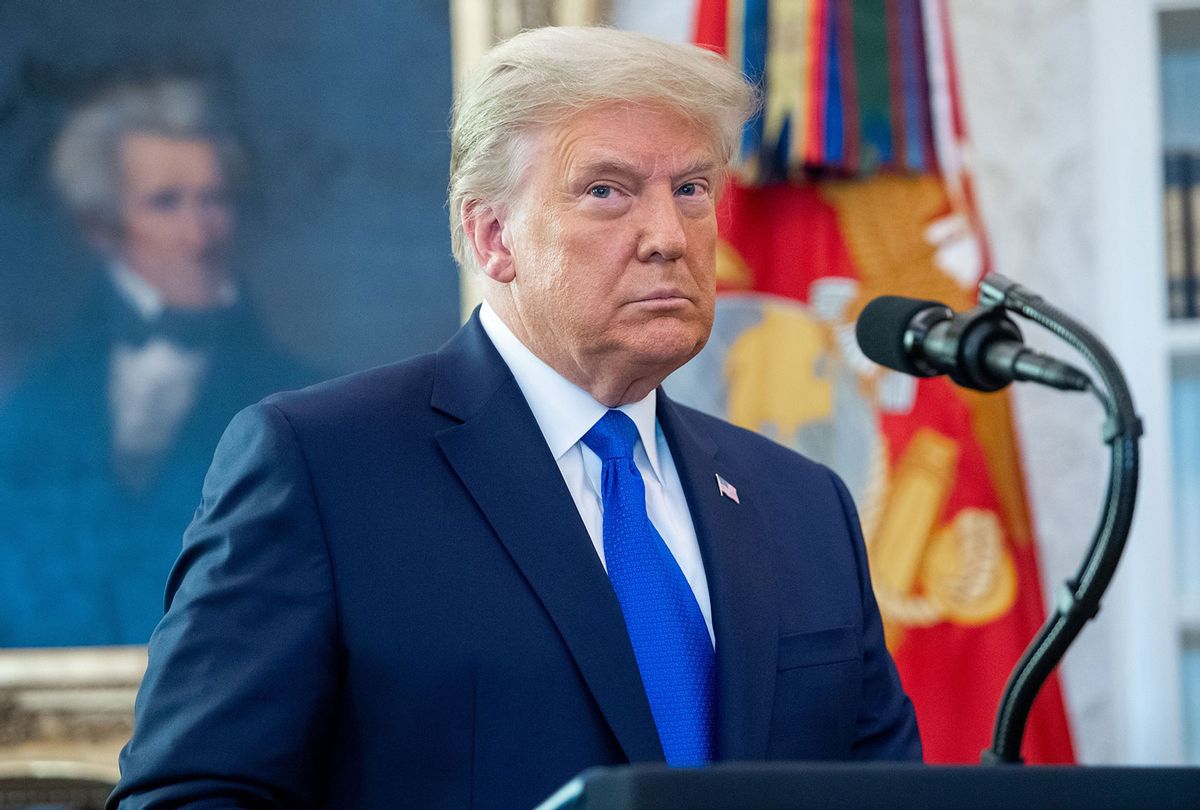 Also charged in New York State Supreme Court was Allen Weisselberg, the company's longtime chief financial officer. He is accused of second-degree grand larceny, as well as 14 other charges, for avoiding taxes on more than $1.7 million in personal income. If convicted, he faces a sentence of up to 15 years in prison.

The Washington Post reported earlier this week that Trump himself is not expected to be charged anytime soon, nor is anyone else in the Trump family or organization — though the escalation is sure to raise the pressure on Weisselberg, who prosecutors have long hoped will offer testimony against Trump in exchange for leniency in his own case. He has worked with Trump for nearly 40 years, and is widely considered to be the most important person within the Trump organization who is not related to the ex-president.

A reference within the filing to an "unindicted co-conspirator #1" set off a flurry of speculation Thursday — with many insinuating that the line may refer to Trump himself. Experts have called the likelihood of this doubtful, pointing to a variety of signs that the co-conspirator may be another longtime employee.

The Wall Street Journal reported last week on the increasing scrutiny investigators have given Trump's former bodyguard and Trump Organization COO, Matthew Calamari — who appears to fit the bill of another employee mentioned later in the indictment.

The charges are the result of a nearly year-long investigation into the former president's business dealings, spearheaded by Manhattan District Attorney Cy Vance and New York Attorney General Letitia James.

Investigators with both departments are relying on the testimony of several close associates of Weisselberg and the Trump family, including the longtime CFO's former daughter-in-law.

Past reports have outlined how Jennifer Weisselberg alerted authorities to a number of lavish, allegedly tax-free benefits he and his family received while working for the Trump Organization. The unsealed indictment alleges the company paid for Weisselberg's apartment in New York City's swanky Lincoln Square neighborhood, purchased several Mercedes-Benz cars and even covered private-school tuition for several immediate family members.

Read the full indictment below: