#FreeBritney! And while we're at it, free the women of Saudi Arabia too

Britney's case is outrageous — and in Saudi Arabia, virtually all women face the same kind of male subjugation 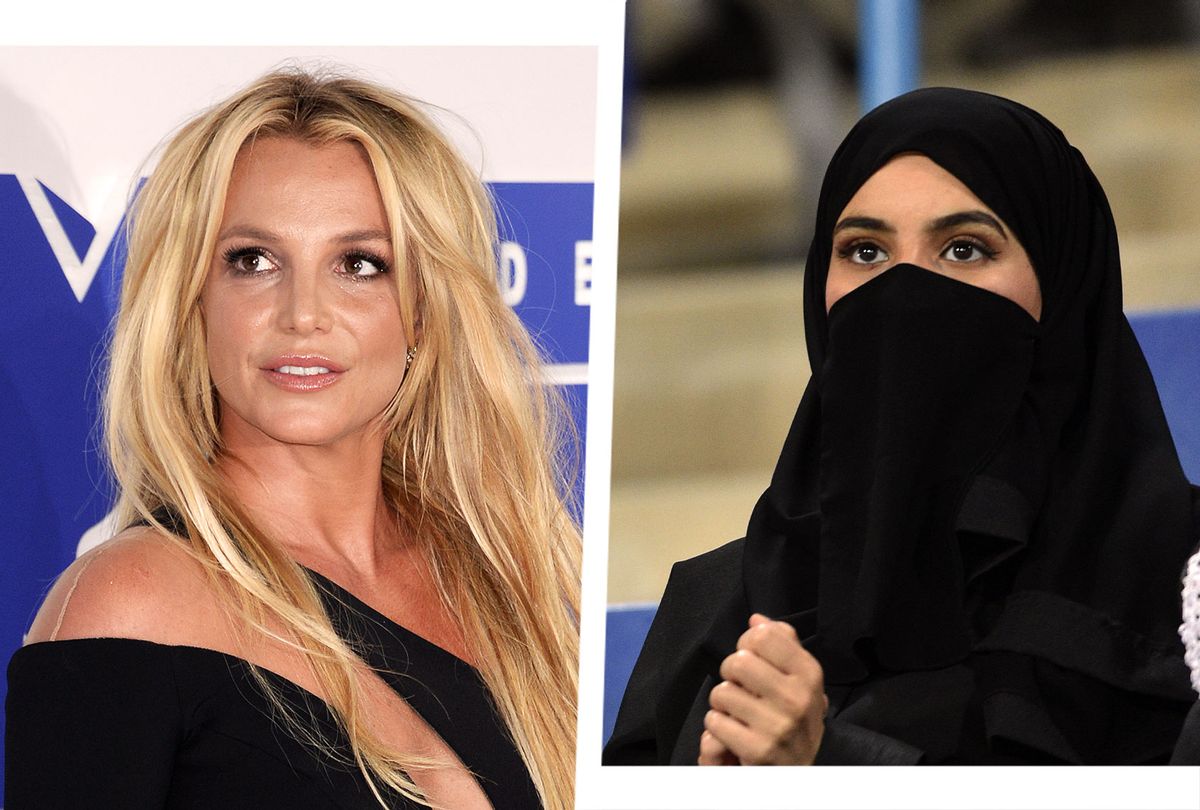 One week after Britney Spears sent shockwaves across the world by relaying the conditions she has lived under for the past 13 years, a Los Angeles judge has denied her request to have her father removed from her conservatorship. Despite testifying that under her father's care, she has not been allowed to marry or make medical, professional, legal or financial decisions for herself, the courts have yet to grant Spears the freedom she is asking for.

The legal grounds for Britney's situation came about in 2007 when her life was  spiraling out of control because of mental health issues and drug and alcohol abuse. After locking herself in a bathroom with her sons, she was placed under a 72-hour involuntary psychiatric hold.

"My dad and anyone involved in this conservatorship, including my management, should be in jail," Britney told the court on June 23 as she described how her father refused to permit her to have an IUD birth control device removed from her body.

If any woman in the world can relate to Britney Spears' struggle to free herself from her father's rule, it is Saudi women's rights activist Samar Badawi.

Samar Badawi is a leading advocate for women in Saudi Arabia to gain their fundamental rights and abolish the country's male guardianship system (a conservatorship that restricts the rights of all Saudi women). In 2008, after Samar escaped her father's abuse by running off to a women's shelter, her father charged her with disobedience under the country's male guardianship system. After Samar missed some court dates, a warrant was issued for her arrest.

Like Britney Spears, Samar appealed to the courts to have her father removed as her guardian. Since her father had refused to allow her to marry her boyfriend, she accused her father of violating Islamic law by forcibly keeping her single. But, when she appeared for the trial in July 2010, she was taken into custody for the warrant against her.

Human rights activists and organizations worldwide campaigned for Samar, and on Oct. 25, 2010, Gov. Khalid bin Faisal ordered her release. An uncle on her father's side was appointed her new male guardian.

But Samar continued to fight for women's rights, and in July 2018, she was arrested as part of a crackdown by Saudi Arabia's de facto ruler, Crown Prince Mohammed bin Salman (known as MBS), against women who had successfully campaigned to have the right to drive. Samar remained in prison until she was finally released last week after serving her sentence.

While for Britney, it is her father who has control over her life, in Saudi Arabia, MBS is, de facto, the ultimate conservator of all Saudi women.

Just as Britney's father has tried to portray himself as simply a fiercely loving, dedicated and loyal father who rescued his daughter, Saudi Arabia has engaged in a public relations campaign to brand itself as a modernizing nation in the pursuit of women's rights. To this end, on Aug. 1, 2019, Saudi Arabia announced that it would abolish part of its male guardianship system, However, Saudi women still:

Britney Spears' case isn't over yet, and new court rulings are expected in the coming weeks and months. Her advocates say that now, more than ever, it is critical to keep campaigning for Britney's freedom. "This is so much bigger than just Britney," said #FreeBritney activist Junior Olivas to Time Magazine, referring to the fact that there are about 1.5 million adults in the U.S. — mostly seniors and people with disabilities — under some form of conservatorship or guardianship. A look at Saudi Arabia's restrictions on women shows that Britney's case should also seen through an international lens. As we work to free Britney, we should also work to free Samar Badawi and all Saudi women.