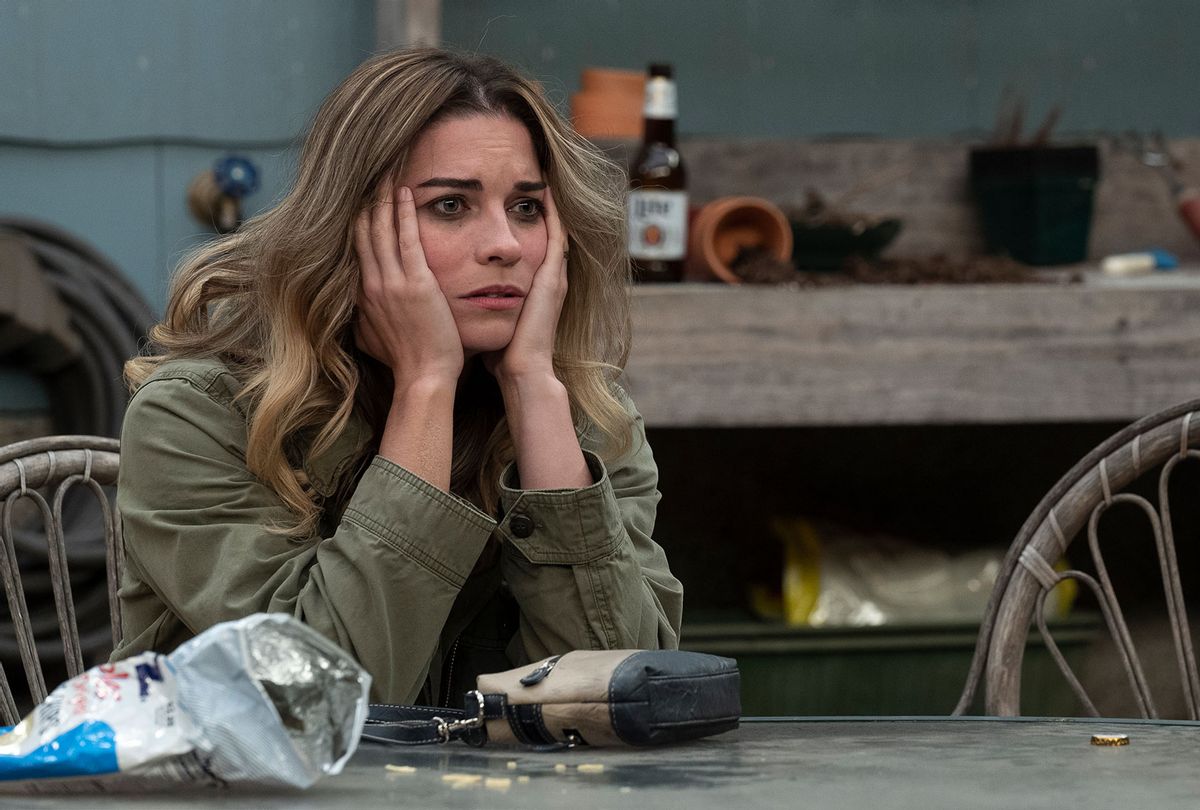 Even on the most realistic and relatable shows, there's a good amount of suspension of disbelief required, like high schoolers are waking up at 5 or 6 a.m. to put on a full face of makeup and meet at coffee shops before school, for starters. But arguably the most common aspect on TV requiring us to suspend our disbelief is the idea that the everyday characters on sitcoms and dramas have such infinite wardrobes, that they need never wear clothing items a second time.

On AMC's dark and twisted comedy "Kevin Can F**K Himself," we see the subversion of this trope. Beleaguered sitcom housewife Allison (Annie Murphy) is a woman caught staring down a dead-end life in rural Massachusetts. Her husband Kevin (Eric Petersen), the obtuse, misogynistic sitcom husband, has spent all their money, forced her out of the only job she ever loved, and isolated her from her friends or almost any non-domestic pursuits.

Allison, of course, frequently wears and rewears the same pieces of clothing: her signature olive green utility jacket, skinny jeans, one pair of boots, and her one, eventually chili-stained wrap dress. This was entirely intentional, "Kevin Can F**k Himself" costume designer Carol Cutshall tells Salon. Allison is an ordinary, everyday person, and unlike in many other shows, she's actually dressed for the part.

"The repetition of Allison's jeans, jacket and her shoes — one of the things we really wanted to show was the contrast between where the money in the family is being spent, and that she really is not spending money on herself," Cutshall said. "She really is constricted financially and would need to get permission for anything she spent money on."

In contrast, Cutshall highlights how "Kevin always has new sneakers," showing "where the priority is and who is getting what treatment in their marriage." Notably, whenever Kevin and his bonehead best friend and father are onscreen, the show is shot as a multicam, brightly lit sitcom, with an enthusiastic laugh track that encourages their dumb, sexist hijinks. And Kevin and his friends are dressed for the part. "In that sitcom world, it's always a completely fresh outfit with him," Cutshall said.

Kevin and his friends are also dressed in purposefully dated, older sitcom-style garb, Cutshall says, "to show how outdated those modes of thinking are." Their emotional abuse and sexist bullying of Allison dressed as "jokes" reflect an older way of thinking that we like to believe we've advanced past in society. But Cutshall says not as much has changed in how we treat women as we'd like to believe.

"We like to think of these characters as, 'Oh, people aren't really that way, anymore, they don't really talk that way' — but it absolutely is, people are exactly that way," Cutshall said. "So there's a lot of confronting the fact that what you think is your past is actually your present, and just how unacceptable this treatment is, now, currently. It should be long gone." 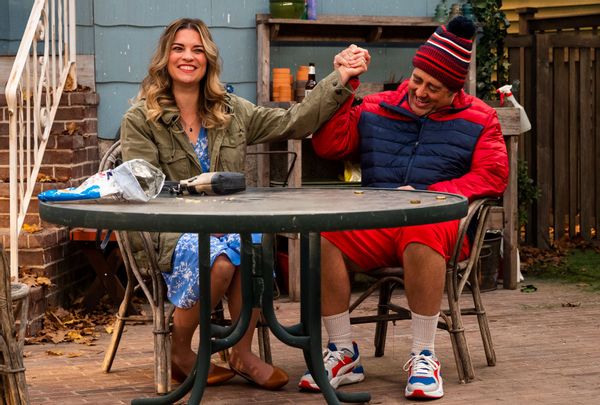 As for styling Allison's character, specifically, Cutshall extensively researched sitcom wives, and experimented with a wide range of fabric and design that could do the job of looking bright and perfect in sitcom lighting, yet more worn and lived-in under the harsher light of the single-camera drama display.

"So, for example, it's not just a smooth, polished, bright, pink sweater — it's a bright, pink sweater that when you take away all that warm sitcom lighting and the camera angles, strip it down and go in really close, you can see it's torn and it's stained and there's a lot of depth for the camera and viewers' eye to go into," Cutshall said. "It was a lot of testing what's going to look just bright, flat on the sitcom, but also deep and textural on the single camera."

If you look even more closely at Allison, Cutshall says, you can see all the reminders of how traditional sitcoms cater to the male gaze through her fitted and feminine clothing, as well as the deep sexism and total control in her marriage to Kevin.

Many sitcom wives are styled and positioned as "wallflowers," meant to fade into the background of male storytelling. Allison starts the show as a wallflower herself, Cutshall says, before her story takes a turn, and she begins her fight for independence. "Allison hasn't been making her own decisions for some time, and she's really living in a place where all her agency is taken from her," Cutshall said. "Her look starts with colors as sort of wallflower colors. We see her in really washed out colors whereas Kevin is in really bright saturated colors."

Allison decides that the only way she can get free is through killing her husband and staging the perfect crime. What follows is a dark and delightful comedy of errors, as she seeks help from numerous unlikely sources in her pursuit of liberation.

According to Cutshall, as the season progresses, we start to see Allison's colors "get stronger, she starts to wear print," and "it's not just, 'this woman could blend into the wallpaper but be useful when needed to set up a joke, or to go get the beer. . . . We start to see her make conscious choices based on her true self."

Almost nothing in the world of "Kevin Can F**k Himself" is accidental. Cutshall told Salon that each episode is brimming with Easter eggs for audiences from Worcester, Massachusetts, or anywhere in the state, really, to recognize, including t-shirts and prints from beloved local diners and bands. But in particular, frequent outfit-rewearing from Allison and some of the other characters serve another purpose, on top of making it clear that these are working-class, everyday people with limited disposable income to spend on clothes.

"I'm always looking to conservation, so thinking of waste in my department, and the impact of that waste," Cutshall said. "It can be a very wasteful industry, and I just like to be as aware and proactive as I can be in doing the least amount of harm that I can."

As "Kevin Can F**k Himself" progresses, fans can look forward to the continued evolution of Allison's styling, and more nods to the show's humble setting of Worcester, Mass. As for those of us who have long waited for a show to represent real people who re-wear their clothes, we can expect more of that, too.

"Kevin Can F**k HImself" airs new episodes on Sundays at 9 p.m. on AMC and streams ahead by a week on AMC+.