Eric Trump has tried to explain Allen Weisselberg's hidden payments as "fringe benefits." They go way beyond that 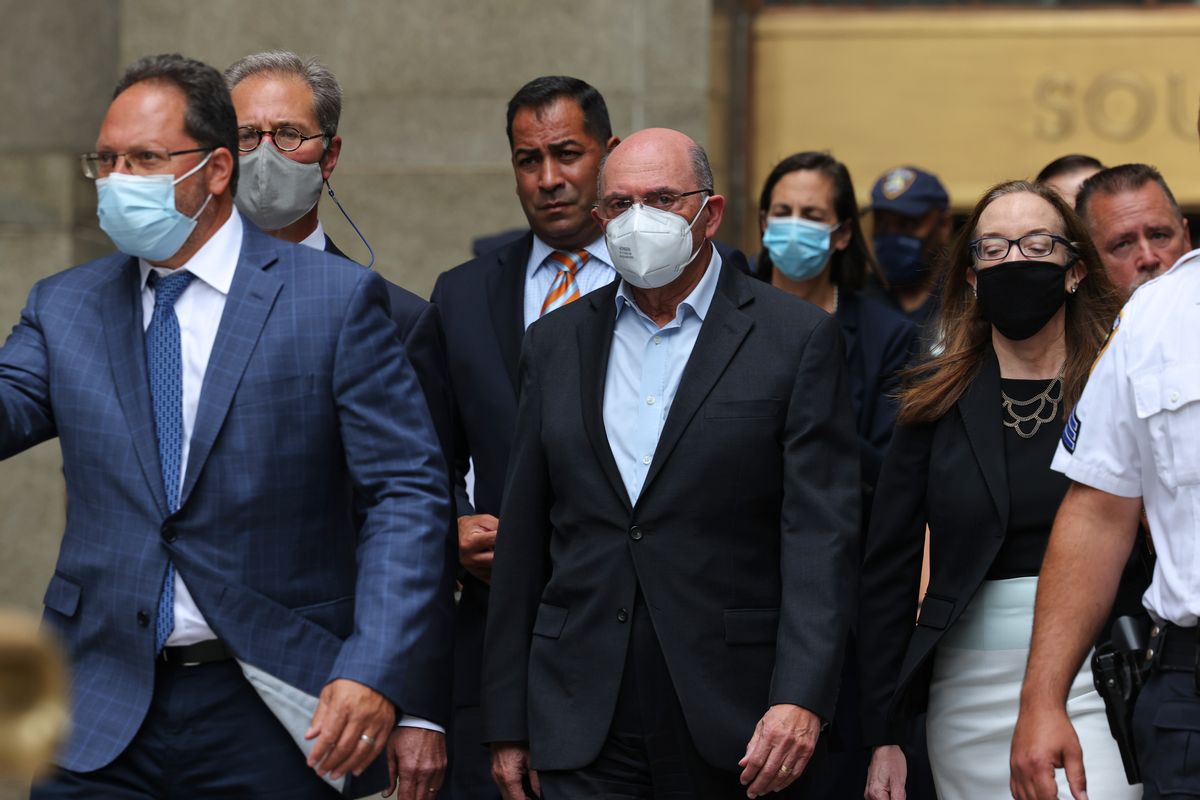 On Thursday, an unsealed indictment of the Trump Organization and its chief financial officer Allen Weisselberg revealed a long series of serious charges, including substantial tax fraud. Shortly after, former President Donald Trump's son Eric Trump conducted multiple interviews where he weighed in on the charges his family's organization is facing.

At one point during his appearance on Fox News, Eric Trump waved off the incentives as "fringe benefits." However, a comprehensive piece published by Just Security pushes back against Eric's claims, explaining why the investigation covers much more area than that.

The piece offers several specifics that highlight why the case is not as frivolous as the former president's son tried to suggest. It argues: "This is no mere fringe benefits case" but rather a "straight-out fraud case, claiming that the defendants kept double books: phony ones to show the tax authorities, and accurate ones to be hidden from view."

Offering an analogy of the charges brought against the organization, author Daniel Shaviro laid out an example scenario of what has allegedly been done in comparison to the diluted version of the allegations Trump's lawyers are trying to perpetuate:

Suppose that your employer pays you monthly, through automatically deposited paychecks that end up being included on your annual W-2. But suppose that each month you could stop by the front office, request an envelope full of cash in unmarked bills, and have your W-2 reduced accordingly. So your true income would be the same as if you hadn't stopped by, but you'd be reporting less salary. If your employer kept careful records of all the cash it gave you, and also still deducted it all, we would basically have this case. That is far different from simple failure to pay taxes on fringe benefits, which is how the indictment has been widely misunderstood, thanks in part to Trump's defense lawyers' laying the groundwork before the charges were made public on Thursday.

As for "fringe benefits," the publication notes that the problem centers on the fact that the items Weisselberg received that were funded by the company "had no relationship whatsoever to the sort of items that, under appropriate circumstances, might potentially constitute tax-free employee fringe benefits."

But the following items that the company paid for, on Weisselberg's behalf, most emphatically do not fit the profile of potentially excludable fringe benefits:
• private school tuition expenses for Weisselberg's family members (First Count ¶9).[2]
• a Mercedes Benz automobile that was the personal car of Weisselberg's wife (First Count ¶10).
• unreported cash that Weisselberg could use to pay personal holiday gratuities (First Count ¶11).
To treat cash as a "fringe benefit" would imply that the term covers all employee compensation. Does this mean that, whenever one is paid with cash off the books and does not report it, the IRS is merely quibbling over fringe benefits? Of course not.
• personal expenses for Weisselberg's other homes and an apartment maintained by one of his children; these included such items as new beds, flat-screen televisions, the installation of carpeting, and furniture for his home in Florida (First Count, ¶12).
• rent-free lodging and other benefits to a family member of Weisselberg (First Count, ¶13).

The extent of the charges in the indictment was also highlighted. The main charges include "New York State fraud, conspiracy, and grand larceny statutes." Other points to highlight include double bookkeeping, deceptive bookkeeping, "and fraudulent mischaracterization of employee compensation" which make the organization's actions appear to deliberate actions "conceal the fraud."

Some legal experts and observers believe the current charges are only the "first wave" for what appears to be an ongoing investigation. It's unclear yet how expansive any future charges may be.