Grilled portobellos get a glow-up

Thanks to their beefy umami and big ego, portobellos have become the darling of the fungus world 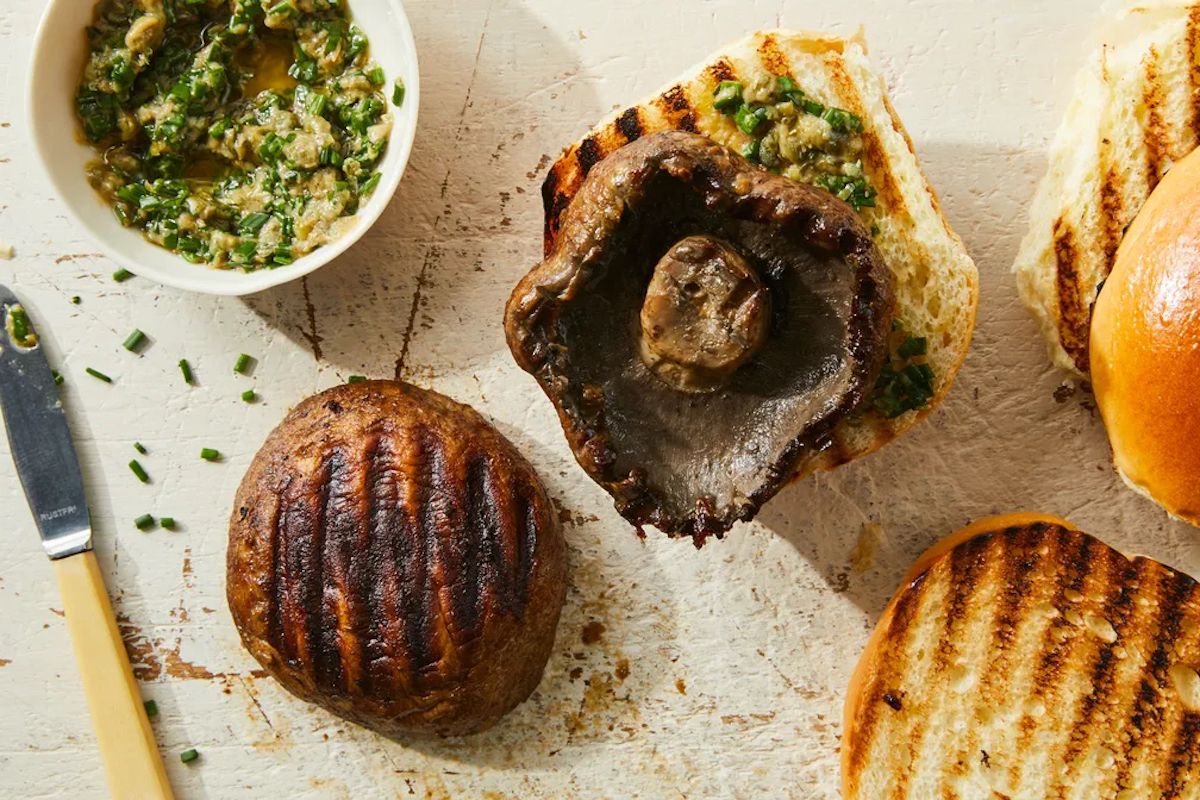 Not long after Madonna released her fourth studio album, Like a Prayer, portobellos got a glow-up.

With no apparent relation to Portobello, Scotland or Portobelo, Panama, this mushroom is "is an American invention with Italian roots," writes Lynne Olver. Invention as in, it's just an overgrown cremino, which is the singular of cremini, which are also known as baby bellas, just to keep you on your toes.

Depending on who you ask, the spelling might be portobello or portabella or portabello (though not portobella, which everyone agrees is wrong). According to Sharon Tyler Herbst and Ron Herbst, the name is the upshot of "a brilliant marketing ploy to popularize an unglamorous mushroom that, more often than not, had to be disposed of because growers couldn't sell them."

It worked. As the 1980s merged into the 1990s, portobellos soared. In a 1996 issue of Nation's Restaurant News, Mushroom Council representative Wade Whitfield reported, "This thing has gone from nearly zero in 1993 to a predicted 30 million pounds this year. It's a major item."

And in the decades since, thanks to their beefy umami and big ego, portobellos have become the darling of the fungus world, especially for vegetarians. We're talking portobello burgers, portobello bolognese, portobello jerky.

But perhaps no method is more popular than the grill, where, with little intervention beyond oil and salt, this shroom can sizzle into a burger look-a-like. Emphasis on look. Because while grilled portobellos, like grilled burgers, are brown and circular—the taste often falls short in comparison, yielding a mushroom that secretly wishes it were a burger, not a mushroom that a burger secretly wishes it were.

The good news? A few-ingredient marinade-slash-sauce solves this, transforms this, utterly overhauls this. All you need is nutritional yeast, something briny (more on this in a sec), olive oil, and salt. That's it.

If you've never played around with nutritional yeast, today is the day. What are you waiting for? Shelf-stable, with the same cheesy satisfaction as a bag of Doritos, this ingredient turns whatever it touches into gold. Especially portobellos.

Simply stir together a few spoonfuls of nutritional yeast with olive oil and whatever vinegar is hanging out in a jar of capers (or cornichons or pickles — you get the idea). This yields a creamy, tangy sauce that looks like Dijon mustard and tastes like lying in the sun at the beach on vacation.

Most of this sauce becomes our marinade, which shoots the innate umami in mushrooms to infinity and beyond. The rest gets combined with minced capers (or minced whatever-pickle-you-used) and oniony chives, to slather on a squishy bun.

And if a sandwich isn't your scene? Grill portobellos anyway. Thinly slice, lacquer with sauce, and pile on rice, noodles, lettuce, hummus, whatever. There are no wrong answers here.