Fox News host questions Tucker Carlson about spying claims: "This is the stuff of banana republics"

"I try to be fact-based, you know, to the extent that we can," Carlson tells his Fox News colleague 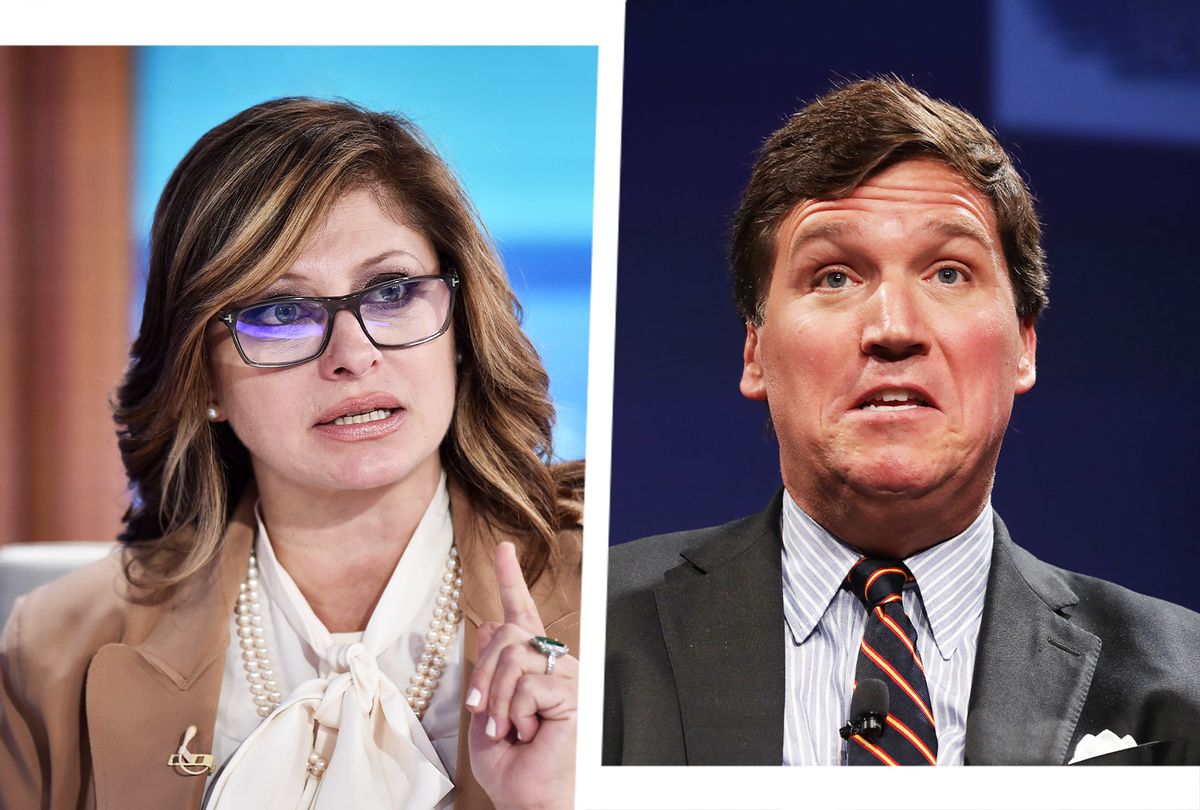 Maria Bartiromo on Wednesday became one of the first Fox News hosts to cover NSA spying allegations made by Tucker Carlson, one of the network's biggest stars.

"You don't go on TV lightly to say the government is spying on me because you sound like a crazy person, and of course, you would never say that unless you knew that it was true," Carlson told Bartiromo. "And I did know that it was true. Almost accidentally, I was in Washington for a funeral last week and ran into someone I know well, [who] said I have a message for you and the proceeded to repeat back to me details from emails and texts that I sent."

Carlson surmised that his leaked emails could have only have been obtained by the NSA.

"The NSA has this and that was proven by the person repeating back the contents of the email," the Fox News host said. "To be totally blunt with you, I would never have said this in public if [the email] was something I felt was wrong or illegal or immoral. They don't actually have anything on me."

"It is not in any way a figment of my imagination," he added. "It's confirmed. It's true. They're not allowed to spy on American citizens. They are."

"This is the stuff of banana republics and third-world countries," Bartiromo agreed.

"It's entirely real, and I thought long and hard before saying it," Carlson explained. "Because, you know, your credibility is the currency, of course, if you're on television and you don't want to seem delusional or like a conspiracy nut or like a crazy person. I try to be fact-based, you know, to the extent that we can and not be crazy and not say things that we can't prove but this is actually true."

For his part, Carlson did not deny communicating with a foreign source who was the target of the NSA.

"I'm allowed to email with anyone I want!" he insisted. "I'm a journalist, and I'm an American, more importantly. It's none of your business who I'm emailing with. If you think I'm committing a crime, then charge me with it."