A viral hack for homemade tteok in minutes

The reinvented approach begins much like Vietnamese fresh spring rolls 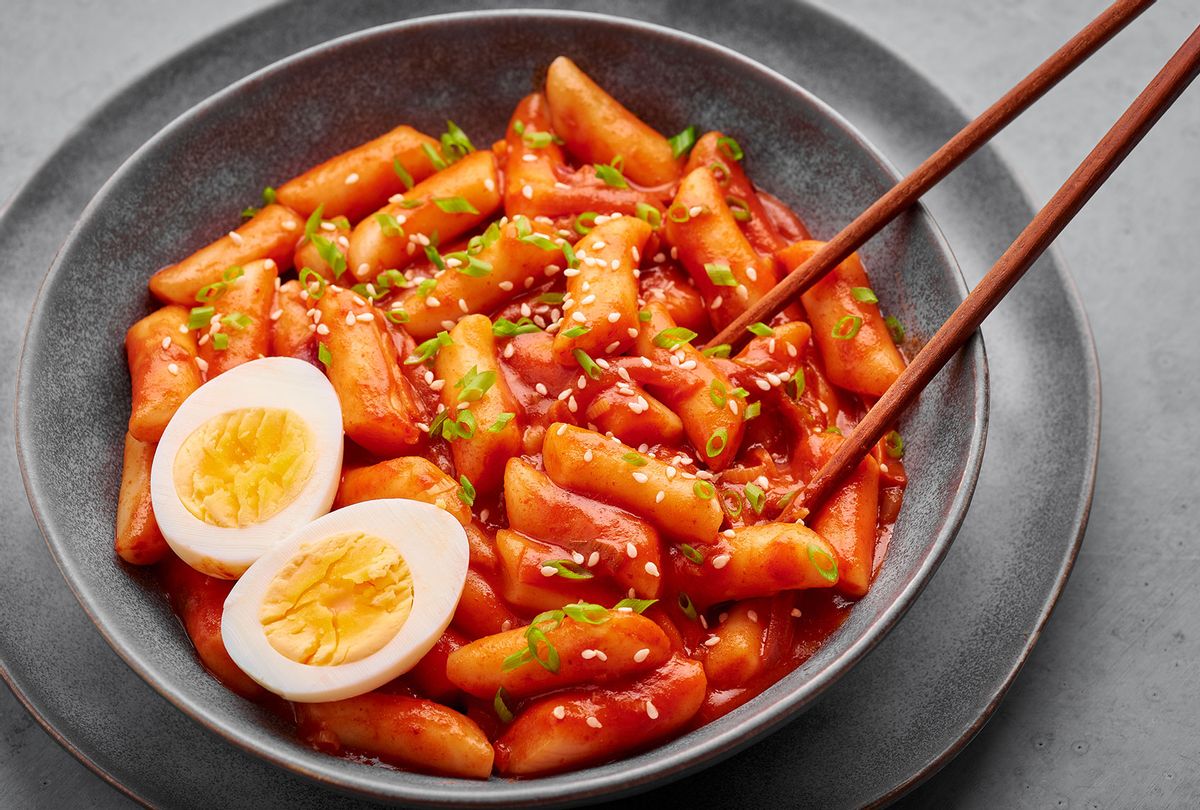 I come from a long line of tteokbokki lovers on my mom's side of the family. A few years ago, I even set up a Google Alert that updates me on the latest fusion flavor twists, snack launches, cutesy merch — and one hack I had to try.

In the Before Times, you could purchase frozen tteok from a local Asian grocer, or make them at home. But in 2020, the internet started burning up with a new homemade tteokbokki that requires far less time and technique.

The reinvented approach begins much like Vietnamese fresh spring rolls: with a stack of dried rice paper wraps and a dish of hot water for soaking. Only, rather than dipping one sheet at a time, two to three are stacked and soaked together, then rolled into a tight log and chopped into bite-size pieces.

Texas-based YouTuber and chef Seonkyoung Longest, who introduced the trend to many Americans, demonstrates the process above. According to other blogs, this trick hails from Vietnam, a country that's come to embrace Korean cuisine and regard tteokbokki as comfort food. While the exact creator remains unknown, the trend became a popular cooking project during quarantine. It quickly attracted a following on Korean social platforms like Naver and KakaoTalk, then soon enough on YouTube and Instagram all over the world.

For my fellow tteokbokki obsessives on the internet (hi, hello!), this method offers so much. It uses rice paper wrappers, an affordable, shelf-stable ingredient, and comes together in a matter of minutes. The broader appeal, though, is how these rice paper rolls are significantly chewier — or "jjolgit-jjolgit (쫄깃쫄깃)" as Korean-speaking YouTubers like HojuSara and Nado have put it — than typical tteok. (Unsurprisingly, the chew's distinct sound has become the source of ASMR gold.)

Me though? I felt at odds. I know firsthand how tricky acquiring tteok can be, but I'm a firm believer that its quintessential suppleness shouldn't be substituted, and this hack was doing exactly that. Nevertheless, before I got yet another Google notification, to curb my tteokbokki FOMO (a thing!), I had to give it a try.

I filled a sheet pan with warm water, soaked a stack of three rice sheets, then tightly rolled them into a tube. Several folks suggest adding cheese, preferably a sliced or string variety, so I made another log with mozzarella. Then I cut the rolls into quarters. At this point, the makeshift tteok are ready for any given tteokbokki recipe. Usually, this involves a sweet gochujang sauce. I put mine toward this splendid recipe from Food52 community member Kyna.

One bite and I was stunned. Much lighter and bouncier than what I'm used to in tteokbokki, these were chewy to the nth degree. And while I expected the individual sheets to unravel, they stayed together in perfect, plush harmony.

Admittedly, my mozzarella rice cakes were less successful. All the videos I watched advised against cutting filled rolls prior to cooking but — oops — I did just that, and the cheese melted into the sauce. But hey, happy accidents can lead to cheesy tteokbokki, and since when was that ever a bad thing?